While I’m not a shutterbug, I never want to miss out on stunning shots. That’s the reason why I appreciate the quick access to the camera app right from the Lock screen. Simply swipe left on the screen to hop into the camera, snap an image, and you are done! That’s a lot easier than the traditional method, isn’t it? But then again, everything has two sides: up and down. And, this handy feature is no exception to the rule. What if your smartphone falls into a wrong hand, would you allow anyone to try out your iPhone’s camera without your permission? Well, the answer may vary from person to person but those who put security and privacy above everything else might want to disable camera access on the iPhone Lock screen. If you are one of them, this quick hands-on guide is for you.

Is There Any Catch Involved?

First things first, Apple doesn’t offer a straightforward way to prevent iPhone camera access from the Lock screen. So, we will have to go for a workaround to get the job done. While this hack works pretty well, it completely restricts the stock camera app on the entire iOS device as if it doesn’t even exist. Therefore, every time you would want to snap a shot, you would have to remove the limitation. And that could be inconvenient for the folks who shoot videos or capture images frequently. But for those who aren’t much into mobile photography, it might not be a big deal.

So, whether you are trying to shield your camera app from a naughty kid as part of parental controls or willing to put the shutter out of the sight of a stranger, let’s get started with the steps without any further ado!

1. Launch the Settings app on your iPhone and head into Screen Time.

Note: This guide works on iPhone running iOS 12/13 or later using Screen Time. If your device has the older iOS version, you would need to navigate to Settings > General > Restrictions. After that, all the steps are quite similar. 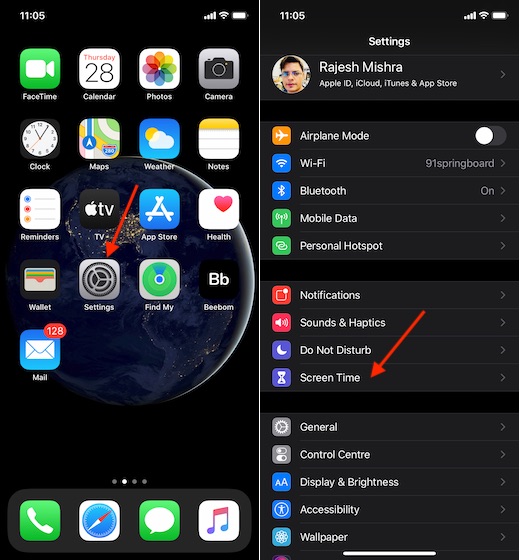 3. Next, turn on the toggle for Content & Privacy Restrictions. If you have enabled Screen Time passcode, you will need to enter passcode first. Enter it. 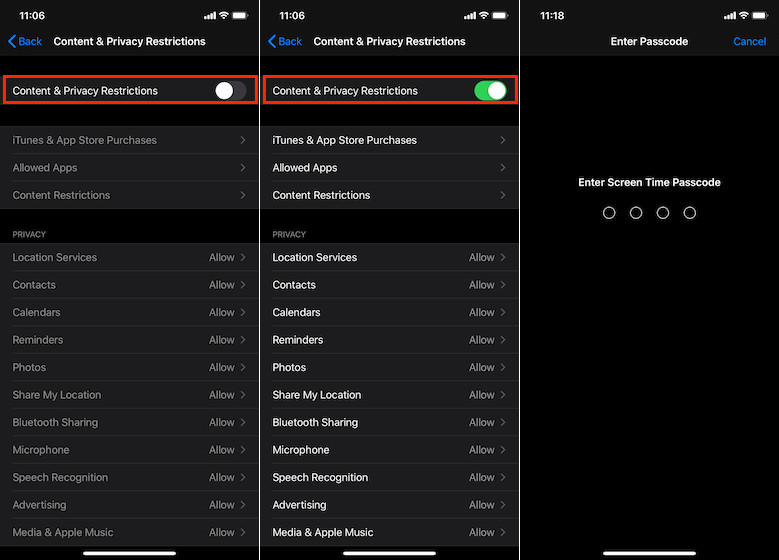 5. Finally, turn off the switch next to the Camera. 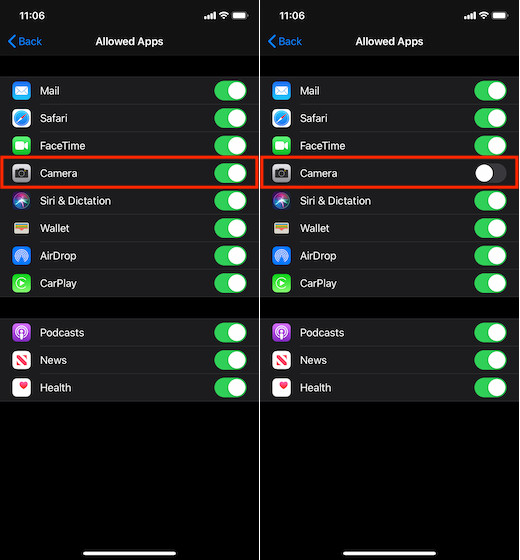 That’s it! Going forward, no one would be able to access your iPhone camera from the Lock screen. As mentioned, it would also be hidden on your entire iOS device. Later, whenever you want to get it back, follow the same steps mentioned above and then turn on the Camera toggle in the end.

So, that’s the way to safeguard your iPhone camera from unauthorized access. Of course, it would have been better had Apple offered an upfront way to get it done but until that happens, get the most out of it. By the way, what do you think of Screen Time and its arrival of Mac? Has it really improved parental controls on macOS devices. Let us know in the comments section below.