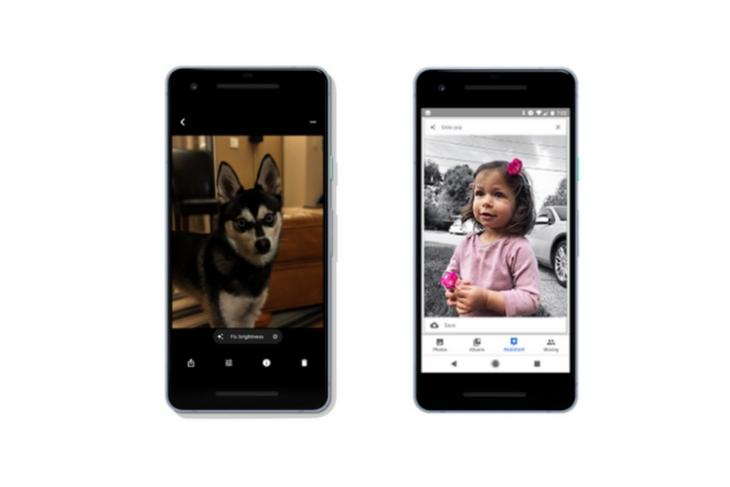 At the I/O keynote today, Google touched upon all its products and services that have been influenced by AI and the advancements made by the company in this field.

Among the announcements, the company revealed impressive new updates for Google Photos that leverage Google’s AI and machine learning prowess.

For instance, if you have one of your friends in many photos within an album, Google Photos will automatically ask you whether you want to share it with that particular person.

Suggested Actions also vary depending on the photo. Google showed off an example where Google Photos was able to colorize an old black-and-white image – yup, that one got a lot of cheers from the audience.

An extension of Suggested Actions is Smart Edits. If Google Photos detects an image that’s too dark, the AI will recommend brightening it. Smart Edits can stylize, adjust your images along various parameters. For example, if it sees a document in your photo, it will try to convert into a readable size, and suggest converting it to a PDF format.