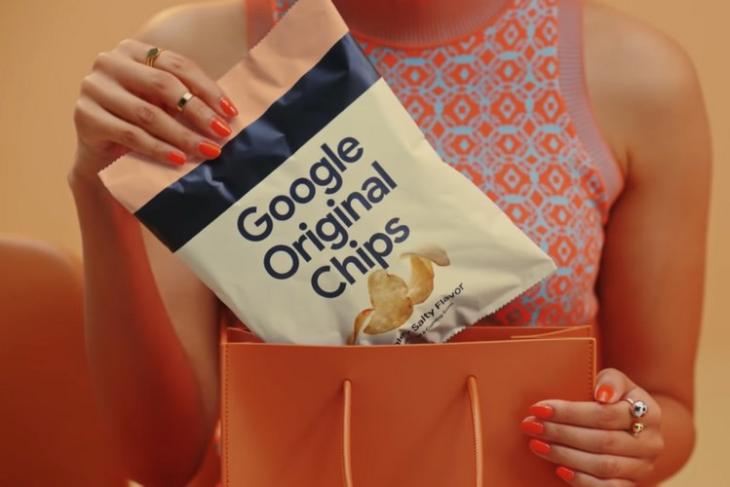 Earlier this year, Google unveiled its upcoming Pixel 6 series and its in-house Google Tensor chip that will power the flagships. However, other than the Tensor chip, did you know that Google produced a special batch of Google Original potato chips in Japan? Well, the Mountain View giant, it seems, took the term “original chips” too seriously!

As per a recent report by Android Authority, Google produced a batch of potato chips to promote its upcoming Pixel 6 series, particularly the Google Tensor chipset developed by the company to power the upcoming devices. This was a brand new promotional strategy, and it was exclusive to Japan.

Google has even developed a dedicated website for its original potato chips where users could have applied to get one for themselves. The packages were then distributed randomly amongst 1,000 applicants by lottery. Google gave away around 10,000 units of the Google Original Chips during the Tensor promotional period, which started on September 9 and lasted till September 17, in Japan.

Now, coming to the Google chips, although I can’t tell you how it tastes, all of them come in a “Googley Salty” flavor. Plus, the packets come in the same colors as the Pixel 6 devices. Moreover, Google also released an official promo video for the chips (not Tensor chip) on Youtube, which you can check out right below.

Coming to the actual Google Tensor chip (which you cannot eat out of a packet), it is the first-ever in-house system on chip (SoC) from Google. Although the company has not revealed the specifications of the chipset yet, you can check out our in-depth story on the same to get a better idea. And if you want a packet of Google Original Chips, unfortunately, you cannot, as the promotional campaign has already ended on September 17.

Google Tensor Is the Company’s First Custom Chipset; Will Power Pixel 6 and 6 Pro