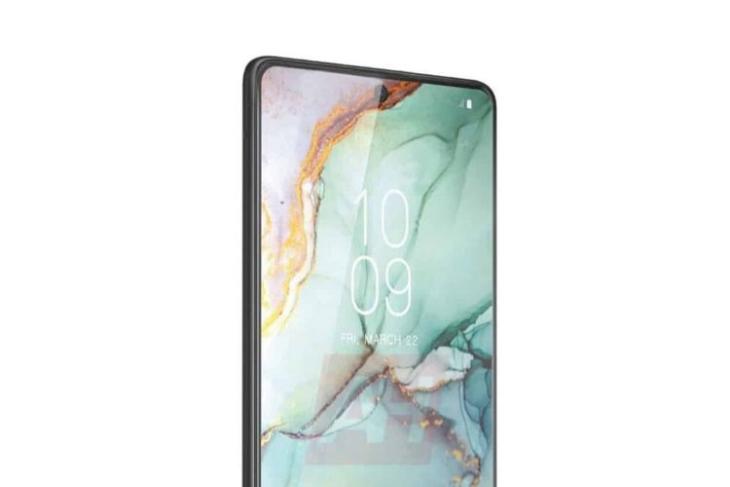 According to the Korea Herald, Samsung is expected to unveil both the Galaxy Note 10 Lite and the Galaxy S10 Lite at the upcoming CES 2020 trade show in Las Vegas next month. Do note that the report doesn’t say whether the information comes from insider sources or if it’s just a calculated guess, so take it with a pinch of salt for now.

Of recent, Samsung has adopted a more frequent launch cadence and is now looking to close the year with the addition of two much-rumored smartphones to its flagship lineup. The Galaxy S10 Lite and Note 10 Lite have been making rounds of the Internet for some time now. And with the launch imminent in the next few days, Galaxy S10’s specs sheet has leaked online and it’s mighty impressive.

Starting off with the front, you can see in the image above that the Galaxy S10 Lite will feature an almost bezel-less display with a centered punch-hole. Samsung adopted this design with the Galaxy Note 10 lineup but it will most likely be seen on most phones we see the Korean giant launch next year. It will sport a 6.7-inch Full-HD+ Super AMOLED touchscreen with a 1080×2400 resolution and 20:9 aspect ratio.

Galaxy S11 series will be powered by the latest flagship Snapdragon 865 chipset, so it’s only natural for the Snapdragon 855 chipset to run the show under the hood here. It’s paired with up to 8GB RAM and 128GB storage, expandable up to 1TB via a microSD card slot.

In the camera department, Galaxy S10 Lite will include a huge rectangular camera bump similar to the recently launched Galaxy A51. It will house a triple-camera setup including the 48MP (f/2.0) primary camera with tilt-OIS (where the lens is tilted in the opposite direction to compensate for the shake).

As leaked previously, Galaxy S10 Lite will house a 4,500mAh battery with 45W fast-charging support. The device will continue to be pretty thin at 8.1mm but expect the massive camera bump to rock your phone on the table like crazy.

Speaking of color variant and pricing, Samsung will mark the Galaxy S10 Lite under its previous ‘Lite’ Galaxy S10e. It is rumored to be priced at €679.99 (around Rs 53,800) and will be available in 3 color variants – black, white, and blue. So, don’t you think it’s pretty late for the company to be adding a new Lite variant to its flagship lineup, which debuted back in February this year?