Samsung’s latest smartphones, the Galaxy S10, S10 Plus, and S10e are here, and if you’re reading this article, chances are you either pre-ordered one for yourself, or you already have one set up and ready to go. Well, I’ve been using the S10+ for a few days now, and I’ve been digging into it to come up with some useful tips and tricks that you can use. So, here are 5 useful Galaxy S10, S10 Plus, and S10e tips and tricks you should know:

Note: A lot of these tricks are based on One UI, so chances are some of these will also work on older Galaxy phones like the S9, S8, and even the Note 9, among others. Feel free to try, and let me know if they worked for you.

1. Save Screenshots Outside the Camera Roll

One of the biggest issues with Samsung phones is that they save screenshots inside the Camera folder, which is not only annoying from an organisation perspective, but also means that if you’re using Google Photos, your screenshots will also get backed up to the cloud, wasting storage space, and cluttering up your cloud album. While there’s no built-in way to fix this, you can easily do this with a Tasker profile that will automatically move your screenshots from the Camera roll into a separate folder that you specify. We have a dedicated article on how to save screenshots outside camera roll in Samsung phones that you can check out.

Have you ever been in a situation where you need to show someone something on your phone, but they start looking at everything else as well. Yeah, it’s common courtesy to not do that, but not everyone gets it. Which is why a lot of phones come with features like Guided Access on iPhones, and stuff like that. Well, on the Galaxy S10, this is called Interaction Control. Here’s how you can set it up: 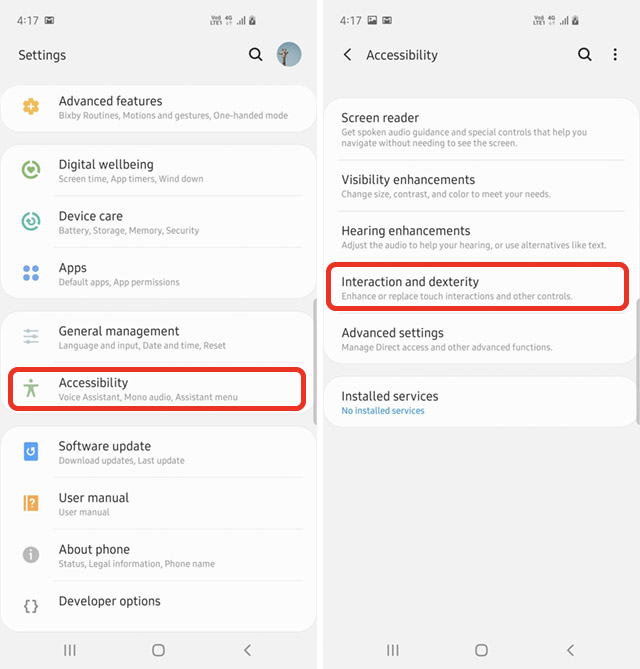 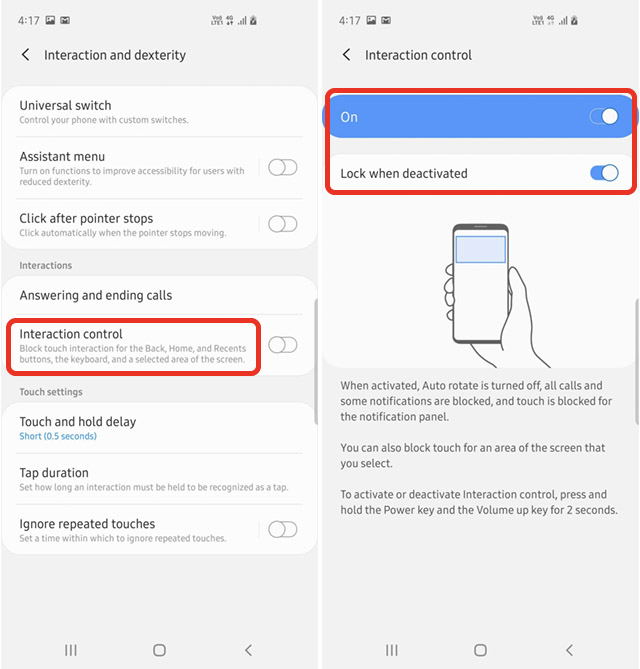 You can now simply press and hold the power and volume up buttons on any screen you want to lock, and either manually select the area where you want taps and swipes to be deactivated, or block the entire screen. 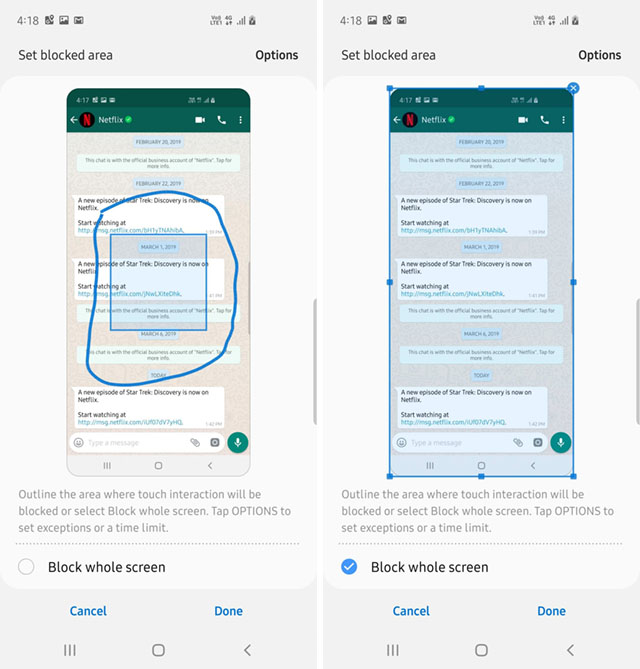 To turn off Interaction control, you can press and hold the power and volume up buttons again, and if you have the ‘lock when deactivated’ setting turned on, the phone will automatically lock once Interaction Control is turned off.

It’s a pretty handy feature, so try it out the next time you want to show someone a picture on your Gallery, or a WhatsApp chat thread.

With biometrics being available on almost every single smartphone out there, there have been many reports of people being forced to unlock their phone using Face ID, Iris scanning, or their fingerprints, especially at airports and places with high security. Plus, if you have friends like Rupesh, they might use your fingerprint to unlock your phone while you sleep. That’s where Lockdown comes in handy.

Lockdown basically turns of biometric authentication until you unlock the phone with the PIN, pattern, or password, making it a great feature to use in certain situations. Well, here’s how you can turn this on: 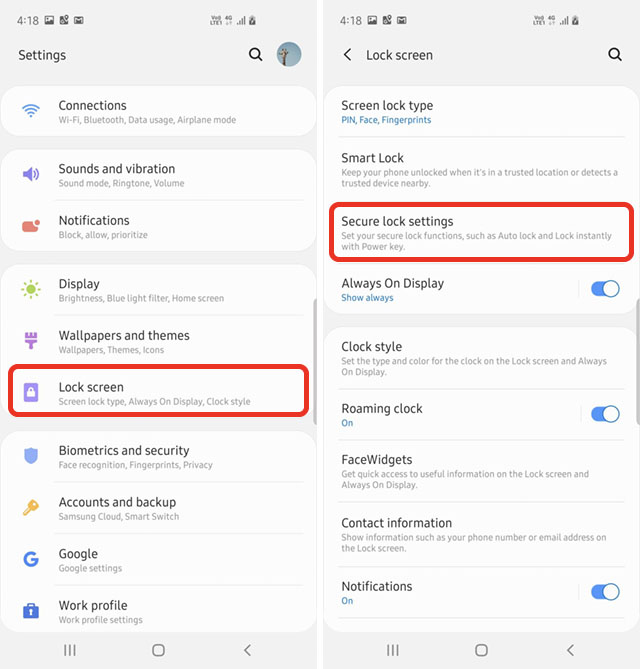 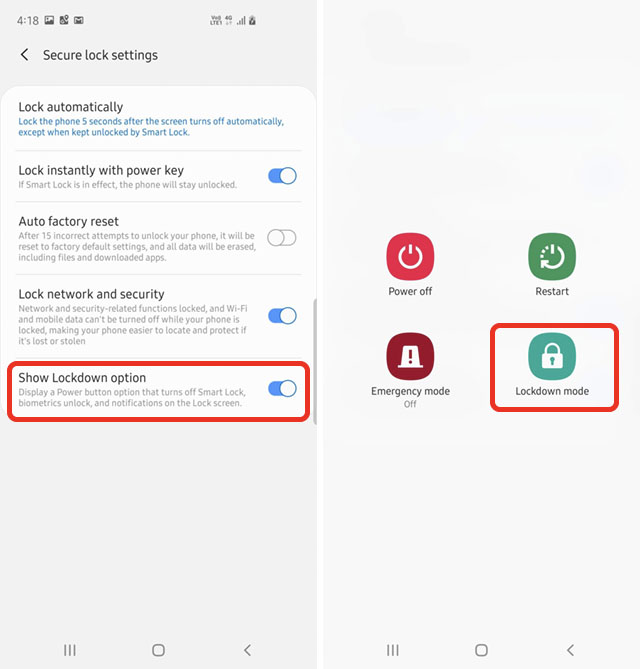 With One UI, Samsung has also brought in gesture navigation to its phones, and while the gestures here are pretty decent, I personally don’t like the fact that One UI puts those weird handles on the bottom of the screen to show you where the gesture buttons are. Well, if you have the same issue, you can actually turn off those gesture hints. Here’s how: 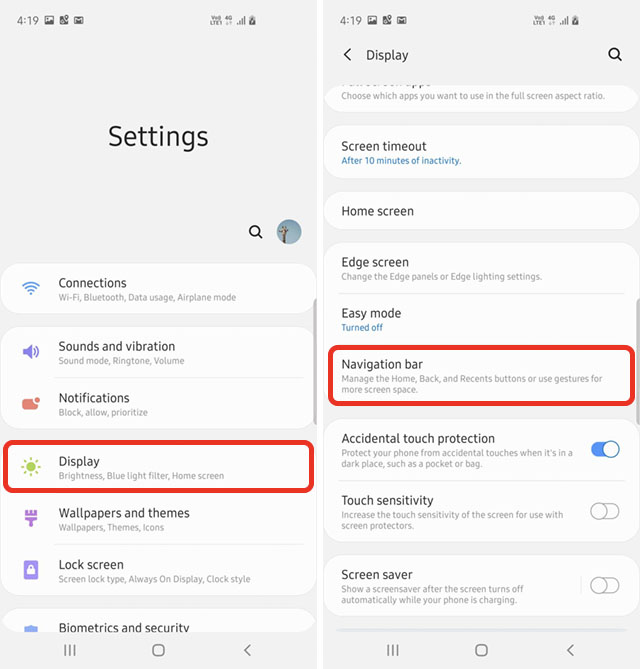 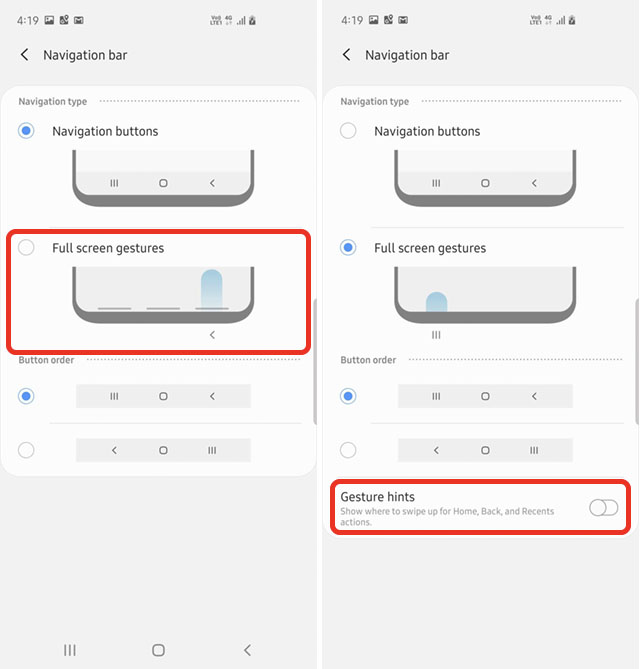 That’s basically it, you can now use gestures on your phone without having to see those gesture handles on the bottom of the display.

Have you ever been in a situation where you’re playing music on a Bluetooth speaker, and all of your apps start playing sound through the speaker instead of your phone? This can be really annoying if you’re listening to music on Bluetooth and trying to play a video, or a game on your phone. Well, Samsung has an elegant solution for this, and it’s called Separate App Sound. Here’s how to use it: 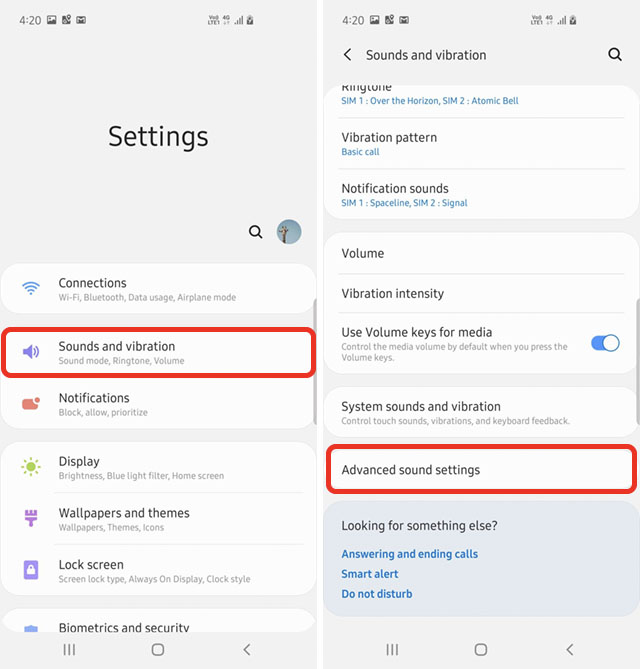 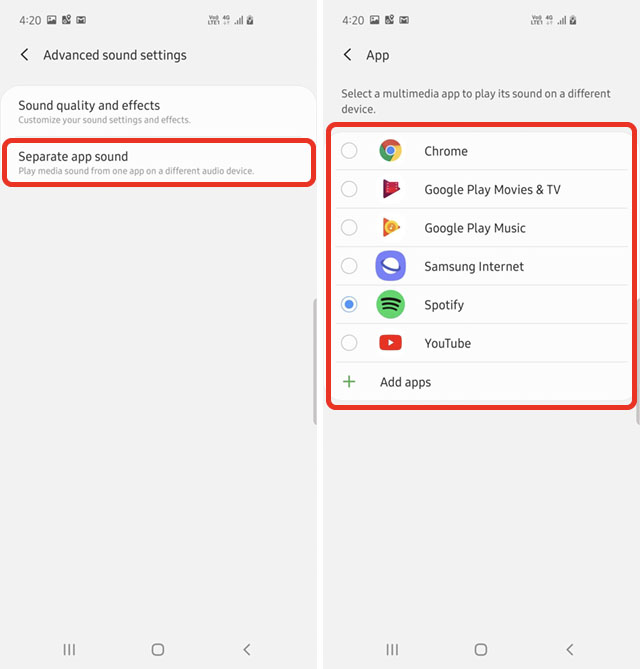 That’s it, sound from the app you’ve selected will play on the audio output you’ve chosen, and the rest of the sounds will play on your phone.

SEE ALSO: How to Schedule One UI Night Mode on Older Galaxy Smartphones

I’ve only been using the Galaxy S10+ for a couple of days now, and these are the things I was able to discover on the phone. However, I’ll keep looking for more useful tips and we’ll keep this article updated accordingly, so make sure you check back to get even more tips for using your Galaxy S10 (or another Galaxy phone running One UI) more effectively.