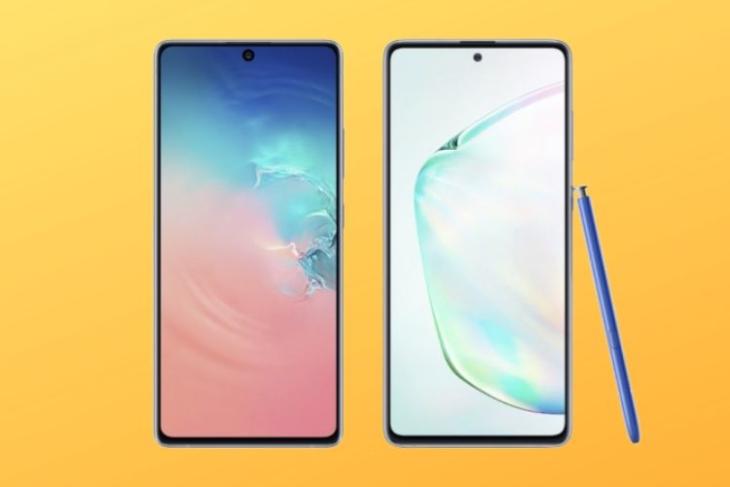 Putting an end to the countless leaks and rumors over the past few weeks, Samsung has today officially unveiled the new “Lite” variants of its last year’s flagships. The Galaxy S10 Lite and Galaxy Note 10 have finally gone official. They bring the premium flagship-grade features, along with improved camera features, from Samsung’s renowned S- and Note-series flagships to a larger audience.

Samsung appears to be going all-in with its centered punch-hole displays and Galaxy S10 Lite is no exception. It features a 6.7-inch Full-HD+ AMOLED Infinity-O flat display with a 20:9 aspect ratio and 2400 x 1080pixel resolution. The punch-hole houses a 32MP (f/2.2) selfie camera.

Galaxy S10 Lite is powered by the Snapdragon 855 chipset, coupled with up to 8GB RAM and 128GB internal storage. It comes equipped with a 4,500mAh battery pack, in line with all the leaks, and runs Android 10-based OneUI 2.0 out-of-the-box. 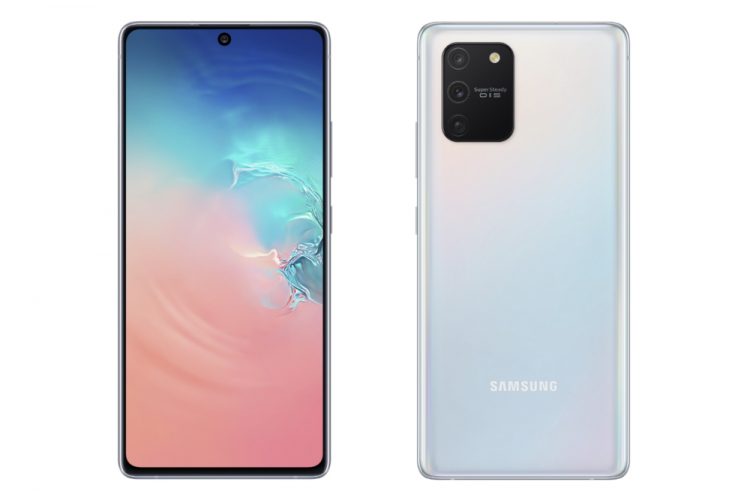 Putting all that aside, Samsung is pitching the Galaxy S10 Lite as the “Ultimate Pro-Grade Camera” smartphone. It features a vertical lens setup inside a sizeable camera bump, which as you can see above has the text “Super Steady OIS” written next to the primary 48MP (f/2.0) camera. It’s the ’tilt-OIS’ feature that’s been greatly rumored and should offer “higher stability for action-focused photos and videos,” says Samsung.

Galaxy Note 10 Lite doesn’t look any different from the S10 Lite on the front – except for what seems like a punch-hole cut-out on the former. It’s the same 6.7-inch flat AMOLED display with a 32MP (f/2.2) selfie camera baked into the punch-hole.

Now, let’s talk about the differences between the two. The Galaxy Note 10 Lite is powered the company’s in-house Exynos 9810 chipset. You get up to 8GB RAM and 128GB storage in tow, along with a 4,500mAh battery pack. 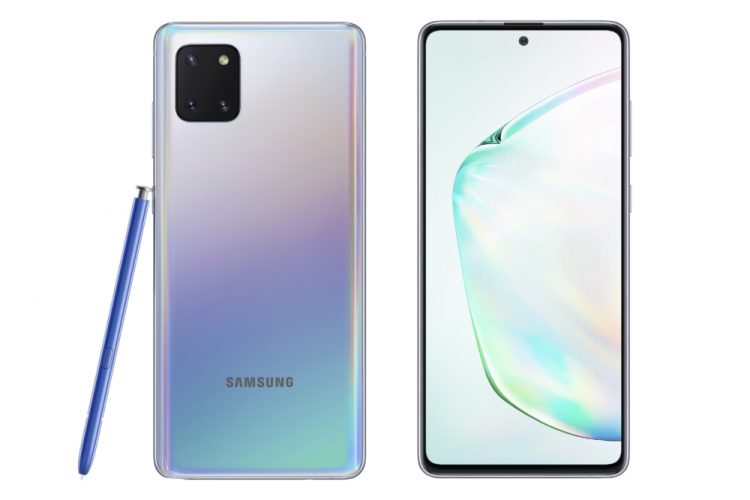 Galaxy Note 10 Lite boasts a squarish triple camera bump as well but the specs here are completely different from Galaxy S10 Lite. It doesn’t pack the Super Steady OIS feature but instead, is closer to the original Note 10 camera setup. It includes a 12MP (f/1.7) Dual-Pixel AF primary camera, coupled with a 12MP (f/2.4) telephoto lens with a 2x optical zoom, and a 12MP (f/2.2) ultra-wide lens. Both the primary and telephoto lenses onboard are optically stabilized.

Another hardware feature that obviously sets the Note 10 Lite apart from the S-series is the signature S-Pen. The device has support for the same Bluetooth Low-Energy (BLE) S-Pen that’s included with the Galaxy Note 9. You can use this to control the device with a simple click. Galaxy Note10 Lite will be available in Aura Glow, Aura Black, and Aura Red color variants.

Samsung will be showcasing both the Galaxy S10 Lite and Note 10 Lite at CES 2020. The price and availability details are still under wraps for now but we will update you once we learn more about these two devices. So, stay tuned for on-ground coverage from the CES 2020 show floor in Las Vegas over the coming days.