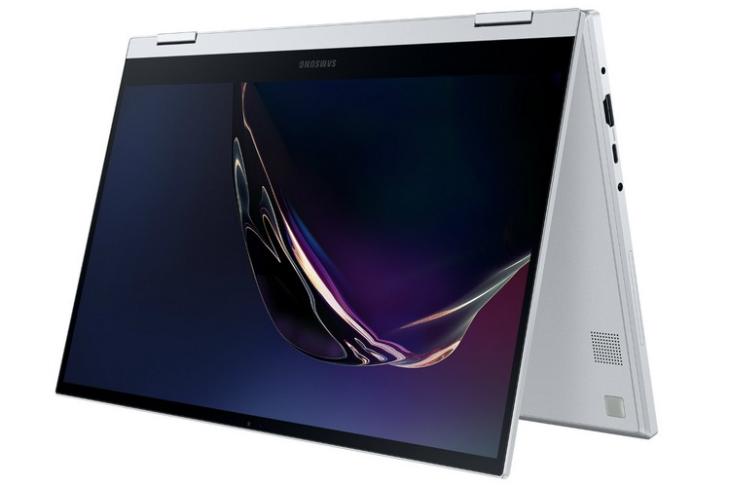 Days ahead of the upcoming CES 2020 tech show in Las Vegas, Samsung has taken the wraps off of its Galaxy Book Flex α (pronounced ‘Alpha’) laptop that comes with some of the same high-end features seen in the original Galaxy Book Ion and Galaxy Book Flex devices launched last year, but at a slightly more affordable price-point. In an official press release, the company said that the new device combines “the productivity and premium experience of a laptop with the mobility and flexibility of a smartphone”.

As is evident from the name, the Galaxy Book Flex α features a 2-in-1 aluminum design with a rotating 13.3-inch 1080p QLED display with a max brightness of 600-nits. The device is powered by Intel’s 10th-gen Core processors, but it isn’t immediately clear as to whether it’s an Ice Lake chip or a Comet Lake one. Other tech specs include 8GB/12GB of DDR4 RAM options and 256GB/512GB of storage options with support for up to 1TB of SSD (NVMe). It also has a fingerprint scanner, a backlit keyboard and a 54Wh battery, while connectivity options include USB-C, 2x USB 3.0, HDMI and MicroSD.

Unfortunately, though, the cheaper price-point means that the Galaxy Book Flex α misses out on some of the core feature of its predecessors, including the Qi wireless charging pad and the S Pen stylus. Samsung, however, says it will offer an Active Pen separately for an additional charge. The company is yet to officially announce either the launch date or the pricing of the Galaxy Flex α, but reports suggest that it might be available for purchase in the first half of 2020.