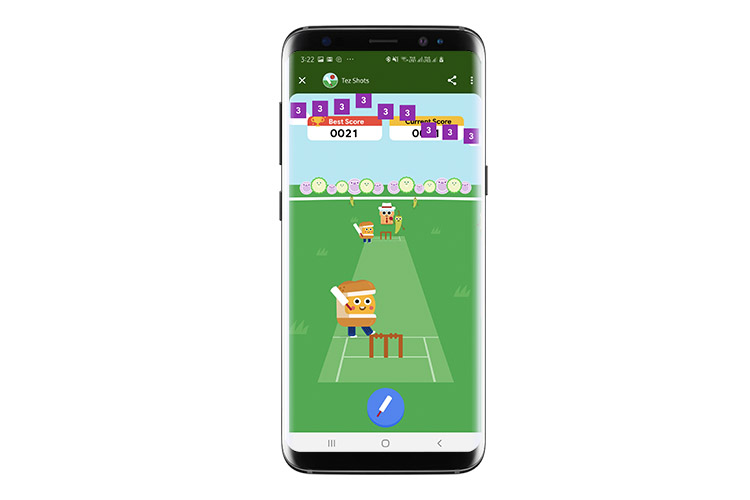 The World Cup season is upon us all, and while I’m sure you’re still revelling over India’s victory over Pakistan on Sunday, Google Pay (Tez) is here to make your world cup season even more fun (and possibly rewarding).

Cashing in on the hype of the world cup, Google has added a new doodle cricket game in the Google Pay app. The game is called ‘Tez Shots’ and you can play with a simple tap-to-hit control to score as many runs as you can. Plus, you’ll also be rewarded with scratch cards when you reach milestones of 100 runs, 500 runs, and so on. Don’t worry though, you won’t have to score 500 runs in one single match, instead, Google will reward you based on your total score.

Here’s how you can play Tez Shots on your phone: 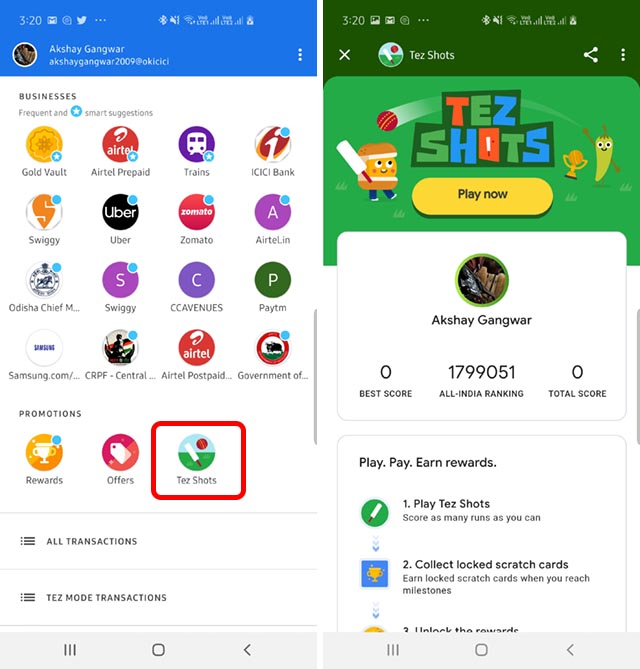 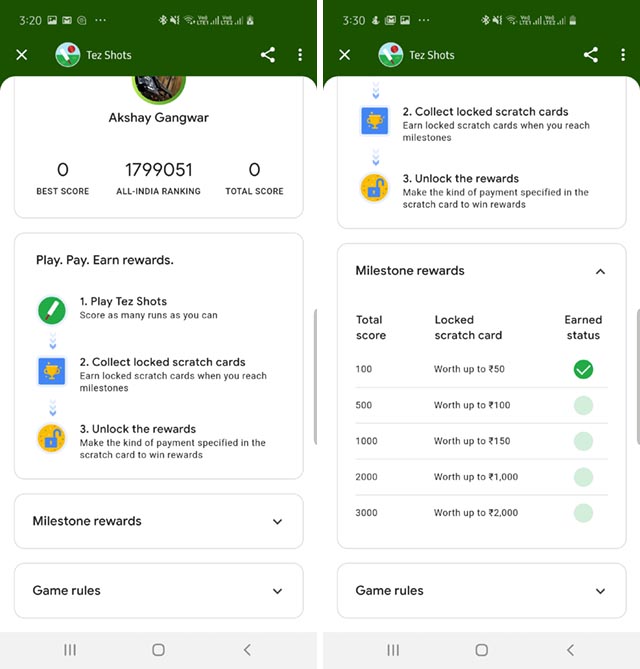 So go ahead and start playing Tez Shots to win some scratch cards. However, bear in mind that the scratch cards you’ll win will be locked and you’ll have to complete specific transactions to unlock them. For example, the scratch card I won for 100 runs requires me to pay for a mobile recharge of at least Rs. 100 via Google Pay to unlock. If the game isn’t showing up for you, make sure you’ve updated the app, and you’re on version 34.0.001_RC01 or above. All the best!