Having Siri suggestions and shortcuts right on the lock screen is something I have always appreciated. They are well-thought-out, fully personalized, and based on how you use apps. Moreover, the shortcuts ensure you don’t have to dig into the specific apps every time you want to perform certain actions. While no one can argue the usability of the Siri lock screen suggestion, wouldn’t you want to keep some personal suggestions related to your banking apps, expense trackers, or dating apps away? Most probably, you would! And it’s this privacy concern that may compel you to disable Siri lock screen suggestions on iPhone.

There are multiple ways you can control Siri suggestions and shortcuts that appear on the lock screen. While one way is to altogether turn off lock screen suggestions, the other way is to control it per-app basis. So, you have the desired flexibility to manage this feature as per your needs. Let me show you how it works!

3. Next, turn off the switch right next to Suggestions on the Lock Screen located under the Siri Suggestions section.

If you don’t want to completely turn off the Siri Suggestions on the lock screen of your iOS or iPadOS device, there is a straightforward way to disable it per-app basis.

3. Next, tap on Siri Suggestions.

Though Google Assistant may still be ahead of Siri, Apple’s personal assistant has vastly improved. Features like the ability to send audio or voice messages, and shortcuts automation has improved its usability a lot. Well, the virtual assistant has got way more tricks up its sleeve than what meets the eyes.

Q. How do I turn off Siri suggestions in Safari?

Q. How do I clear Siri suggestion history?

Q. How do I get rid of suggested searches on Safari?

By cleaning Safari history and website data, you can get rid of suggested searches on Safari. To do it, head over to Settings app -> Safari. Now, tap on Clear History and Website Data and then hit Clear History and Data to confirm.

Q. How do you get rid of Siri suggestions on iPhone?

Q. How do I turn off name suggestions on the iPhone?

Siri offers name suggestions based on your address book. If you find them useless, you can head over to the Settings app -> Contacts -> Siri & Search. Under In Contacts section, turn off the switches for Show Siri Suggestions for Contacts and Learn from this App.

Q. How do I turn off name suggestions on iMessage?

Siri offers name suggestions in iMessage based on your address book. If you don’t like such suggestions, navigate to Settings app -> Contacts -> Siri & Search. Now, turn off the toggles for Show Siri Suggestions for Contacts and Learn from this App.

You can turn off Siri contacts suggestions from the Contacts app setting. Go to Settings app -> Contacts -> Siri & Search and then turn off the switches for Show Siri Suggestions for Contacts and Learn from this App.

No. Siri suggestions do not drain the battery.

Q. How do I move Siri app suggestions widget to the home screen?

Simply touch and hold the empty screen on your iPhone. Then, tap on the “+” button at the top left corner of the screen. After that, scroll down and choose Siri Suggestions to move the Siri app suggestions widget to the home screen.

Q. How do I stop Siri from reading my messages?

Q. How do I add suggested apps to my iPhone?

Q. How do I get rid of suggested shortcuts on the iPhone?

Q. How do I remove the shortcuts on my iPhone lock screen?

The easiest way to remove the entire Siri suggestions or suggested shortcuts from the lock screen is by turning off the “Suggestions on Lock Screen” toggle located inside the Settings app -> Siri & Search.

Q. How do I turn off Siri suggestions on iOS 14?

So, that’s how you can hide Siri suggestions from your iPhone lock screen so that they don’t spill out your secrets. It’s always better to have the option to control certain features (like this one) based on your requirements.

With iOS 14, Apple has introduced a series of security and privacy-centric features. Just in case you wish to double down on privacy on your device, make sure to check out our detailed guide. Besides, I would also recommend you to discover the tips to hide your favorite apps and view apps’ privacy details.

How to Recover Accidentally Deleted Notes on iPhone and iPad 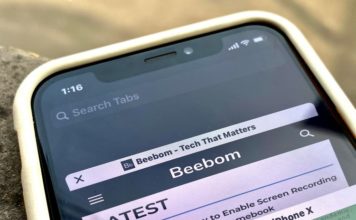 If you are like me who browses the web using Safari on your iOS or iPadOS device, then I am sure you know the...
Beebom Staff - Jan 20, 2021 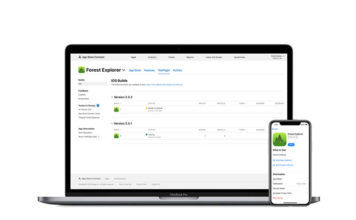 We all know that there are plenty of Android emulators out in the world for both Windows and macOS devices. But what about iPhone...
Akshay Gangwar - Jan 19, 2021 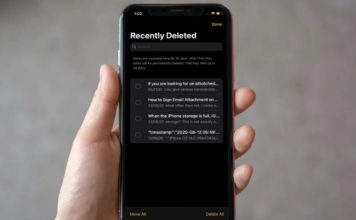 How to Recover Accidentally Deleted Notes on iPhone and iPad

Especially during an intense clean up drive to get rid of all the clutter to optimize the storage, there have been quite a few...
Rajesh Mishra - Jan 16, 2021 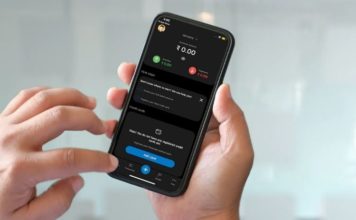 Not too long ago I would go around saying "Managing finance is not my cup of tea." Creating a custom budget, tracking expenses, and...
Rajesh Mishra - Jan 15, 2021

How to Manage Siri Lock Screen Suggestions on iPhone and iPad