Siri Shortcuts have been around for a while now, but only with iOS 14 has Apple really made them truly useful. You can now run automations more easily, there are more options, and the Shortcuts app doesn’t open when you run a shortcut. All of those are great things. So, if you are looking to use Shortcuts to make your life easier, here are the 12 best Siri Shortcuts and automations for iPhone power users.

Best Siri Shortcuts and Automations for iPhone in 2022

There are a lot of shortcuts for the iPhone shortcuts app out there. However, most of them are very basic, and not something that will really add value to your iPhone usage. Then again, there are a lot that are quite useful too.

We will be discussing the most useful shortcuts for iOS 14 in this article. That includes everything from music shortcuts to automations to gaming shortcuts. You can use the table of contents to skip over to a particular shortcut if you don’t want to go through the entire list.

With iOS 14 and watchOS 7 you can now use Shortcuts to change your Apple Watch face easily. Plus, since you can use Shortcuts directly on Apple Watch, you don’t necessarily need to run it from your iPhone either.

Moreover, you can create an automation to automatically change watch faces at specific times, locations, etc. For example, I prefer changing my watch face to a more basic face after office hours. Here’s how you can do that. 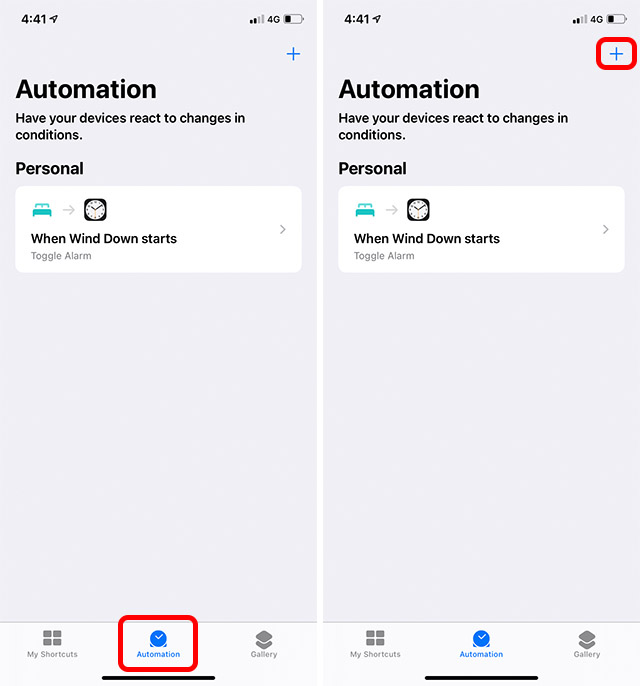 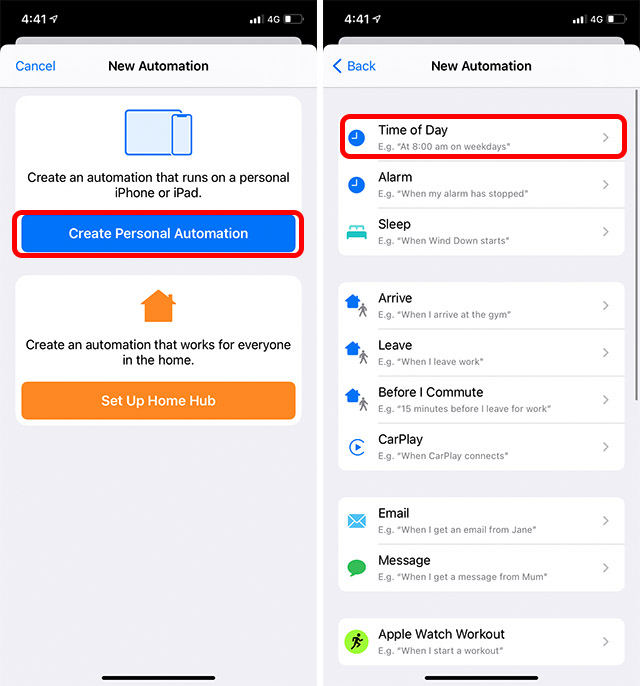 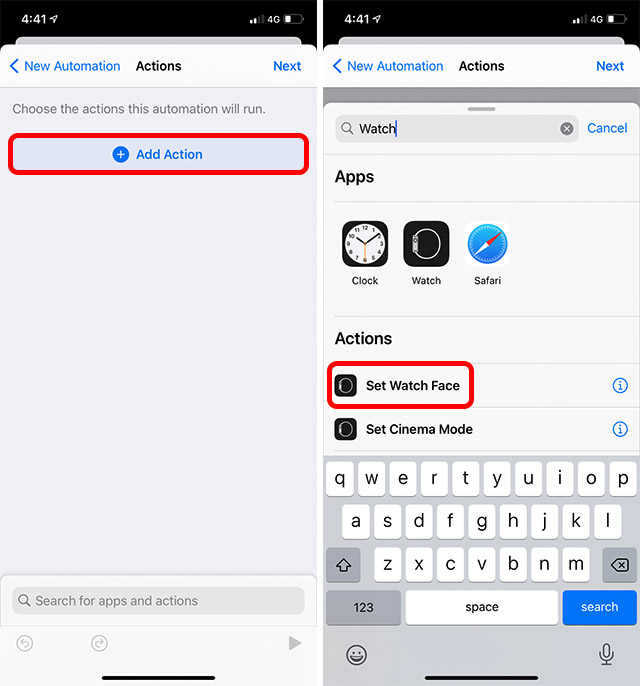 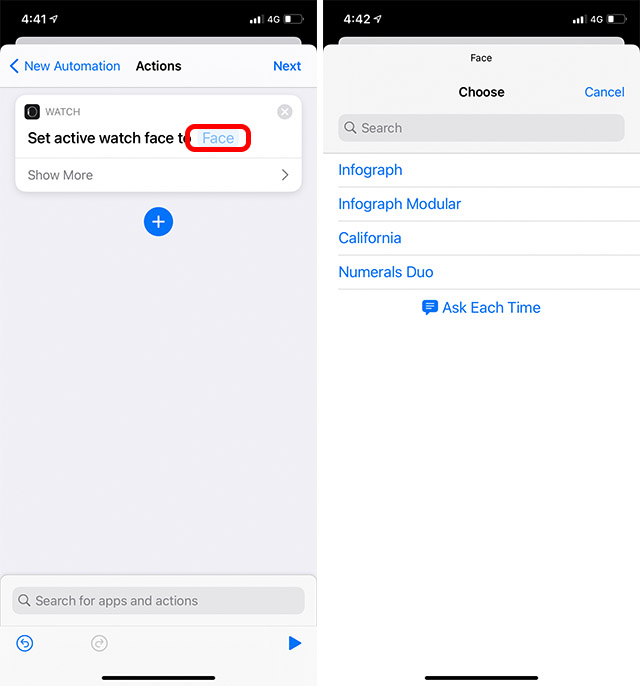 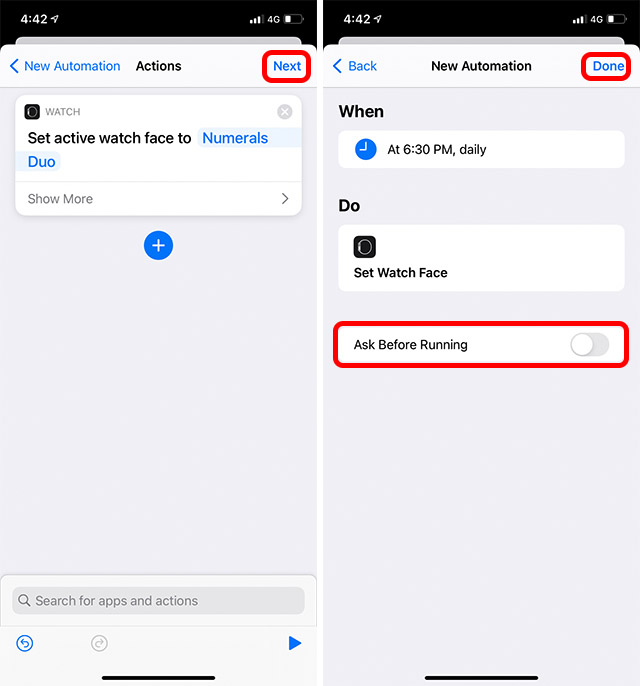 The automation will run automatically at the specified time and change your watch face to your selection.

2. Get Song Links Across Streaming Platforms

With the number of music streaming platforms out there, it’s likely that you and your friends use different ones. That means if you try sharing a Spotify link with someone that uses Apple Music, it’s pretty much useless. Fortunately, with this shortcut, you can convert links across platforms to share them. 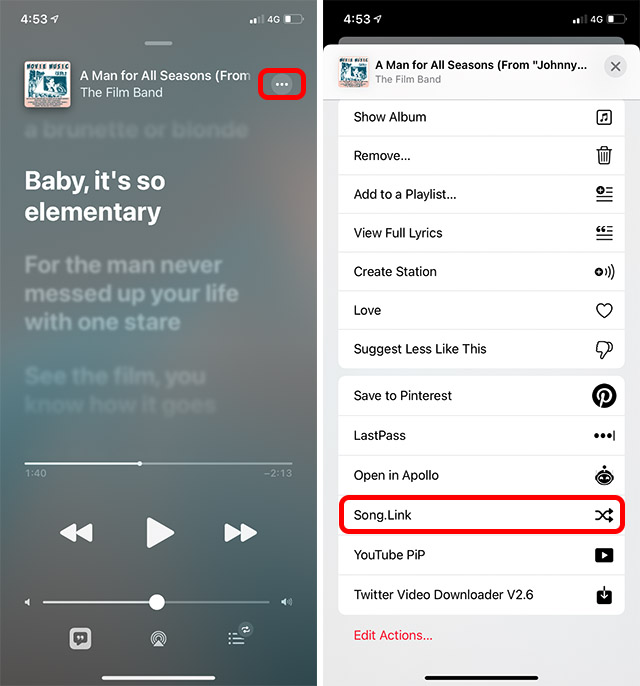 This is an automation that’s helpful if you like using Spotify while you’re driving. Setting it up isn’t as straightforward as any other app because Spotify doesn’t show up in Shortcuts’ list of apps. However, there’s a workaround. 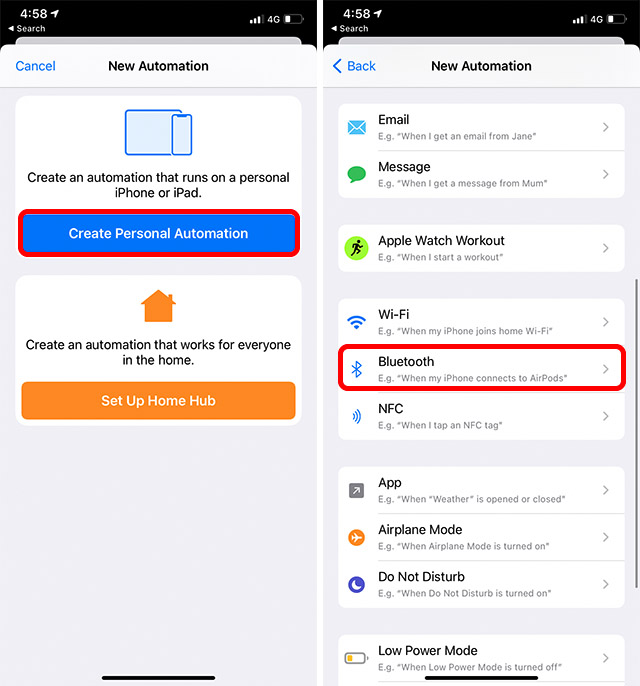 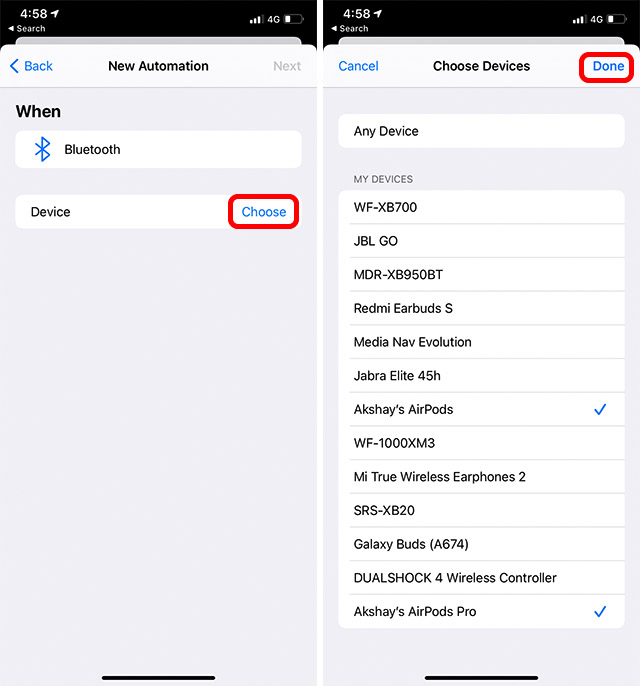 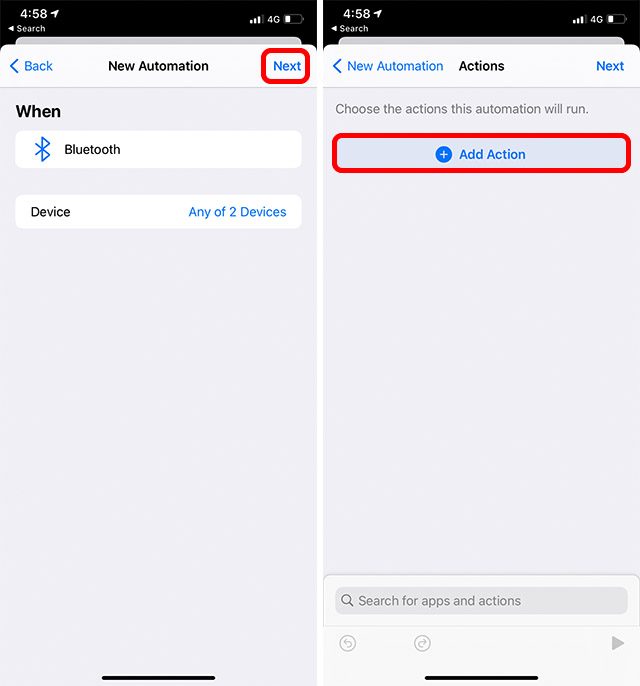 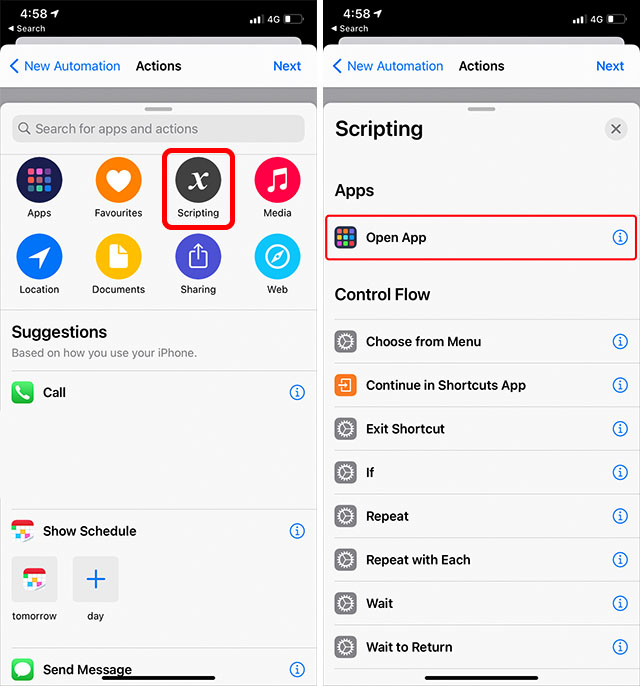 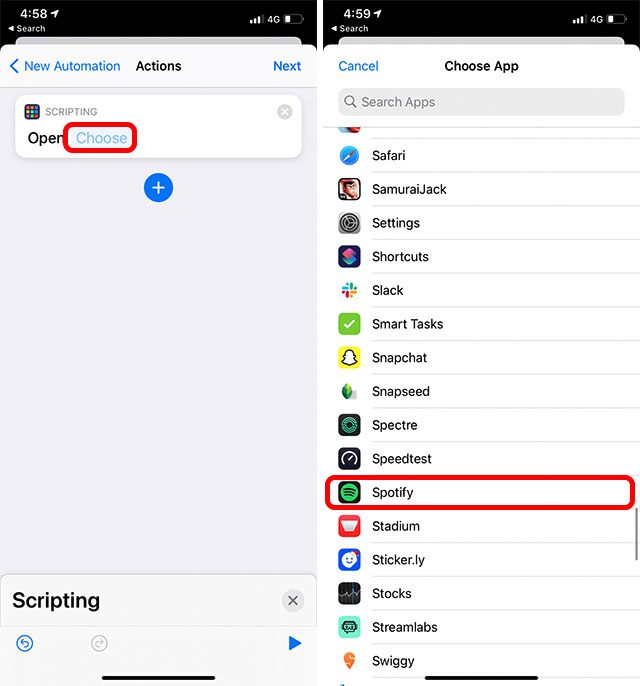 The only issue with this automation is that it won’t run automatically. Any time your iPhone is connected to the Bluetooth device, your phone will ask you whether to run the automation. Unfortunately, there’s no workaround for this at the moment.

However, if your car is CarPlay equipped, you can use ‘CarPlay’ as the trigger instead of ‘Bluetooth’ and then the automation can run automatically.

If you have a specific Spotify playlist you want to go to every time you’re driving, you can follow the steps below. 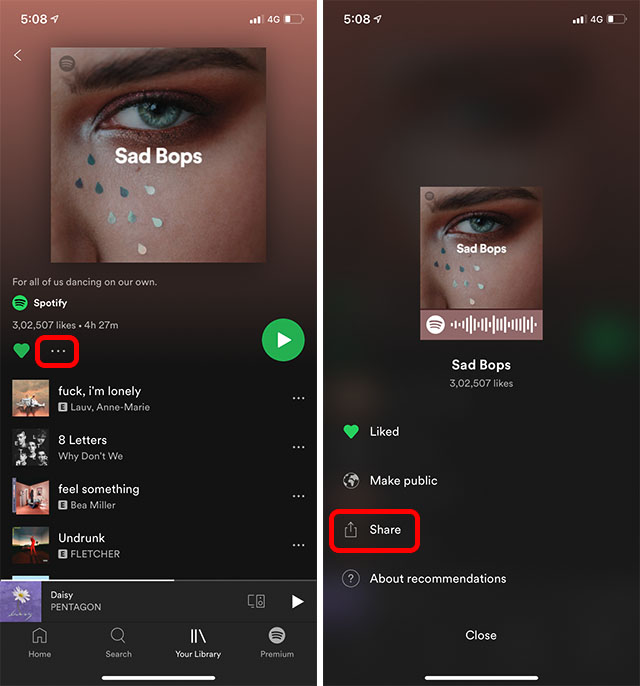 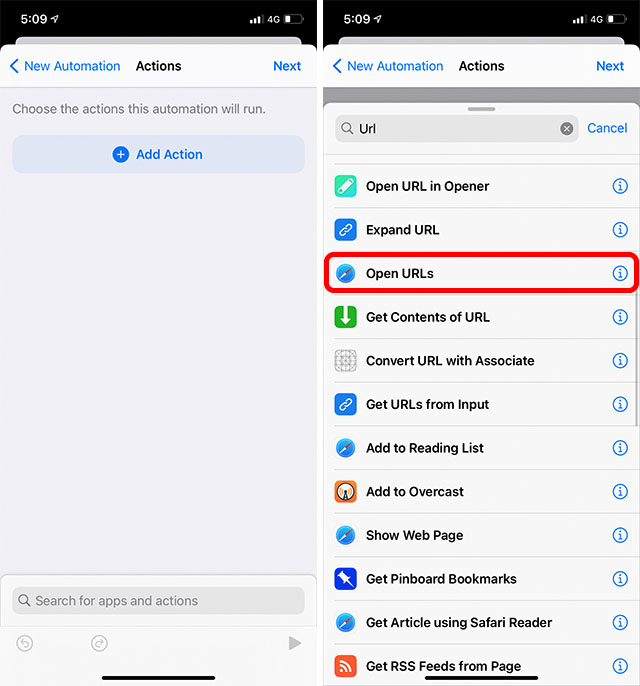 Now, every time this automation runs, it will directly open the Spotify playlist in the Spotify app for you. Pretty neat right?

5. Schedule Messages to be Sent Later

If you often find yourself in situations where you need to send messages at a later time without forgetting, this Siri Shortcut for iPhone is really useful. It takes some time to set up, but then you’re all good to go with scheduling reminders.

6. Toggle DND When Playing a Game

One of the most annoying things during gaming is definitely notifications that pop down. They obstruct your view, and if you’re playing something like COD Mobile or PUBG Mobile, you’ll probably end up dying due to the distraction.

However, a simple automation can fix this problem for you. 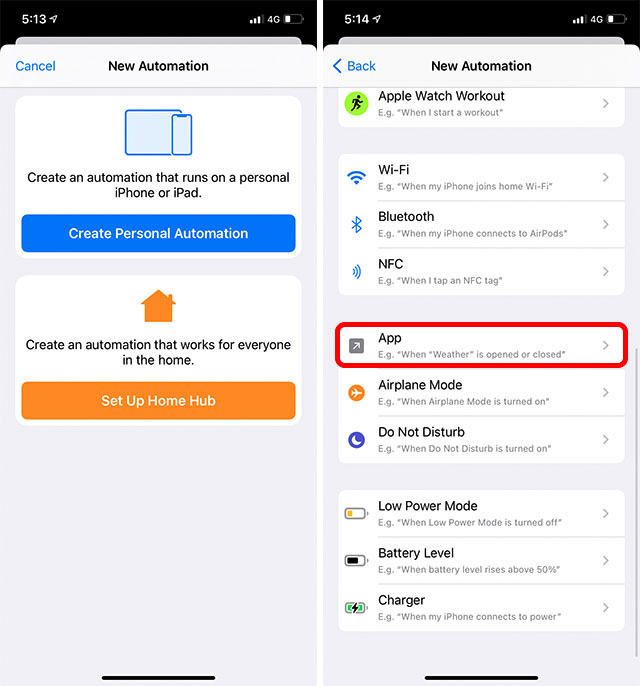 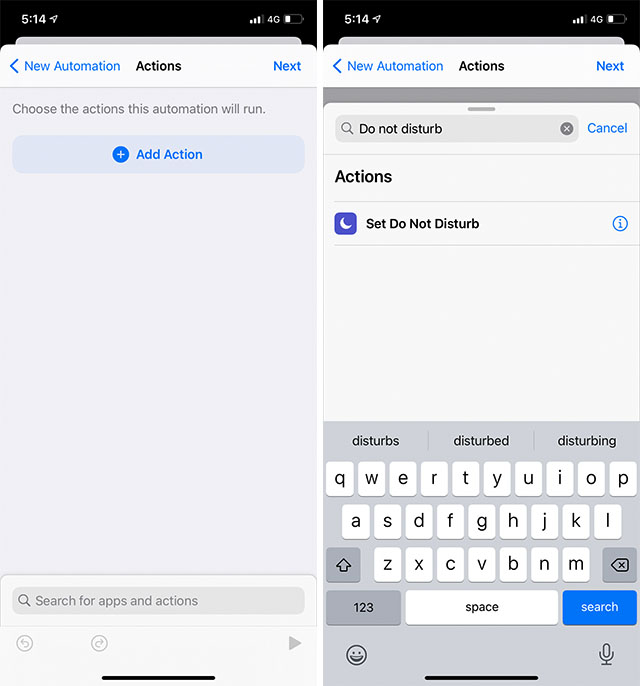 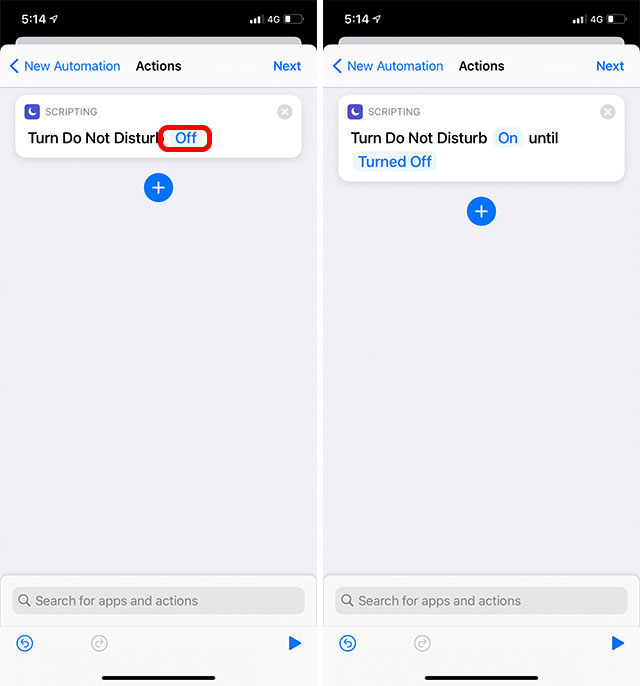 Now whenever you launch your game of choice (COD, in this example), your iPhone will automatically go into Do Not Disturb mode.

If you’re like me, you probably play Call of Duty with a three or four finger claw. But a lot of times you’ll end up pulling down the control center when pressing the fire button with your index finger. Fortunately, with Siri automations in iOS 14, you can automatically launch guided access when you start your games. 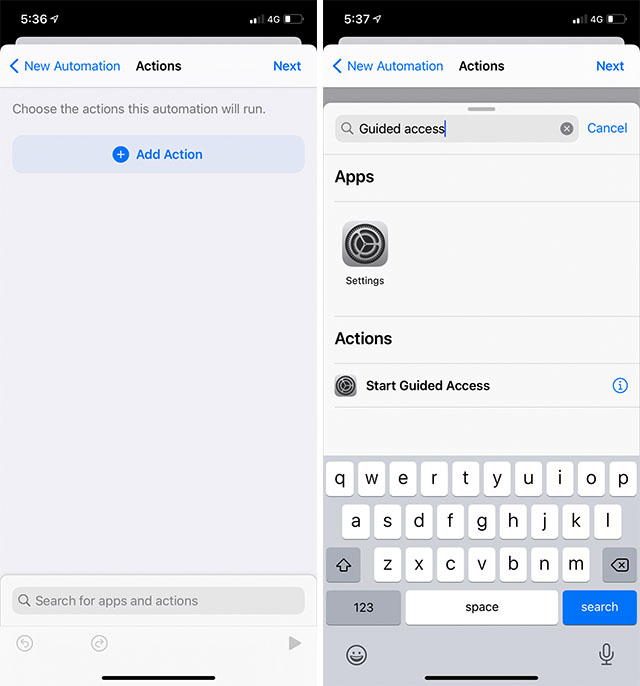 With iOS 14 you get notifications when your Apple Watch is completely charged. However, it would be great if you could easily know when your iPhone was done charging as well, right? You can do just that with an easy automation. 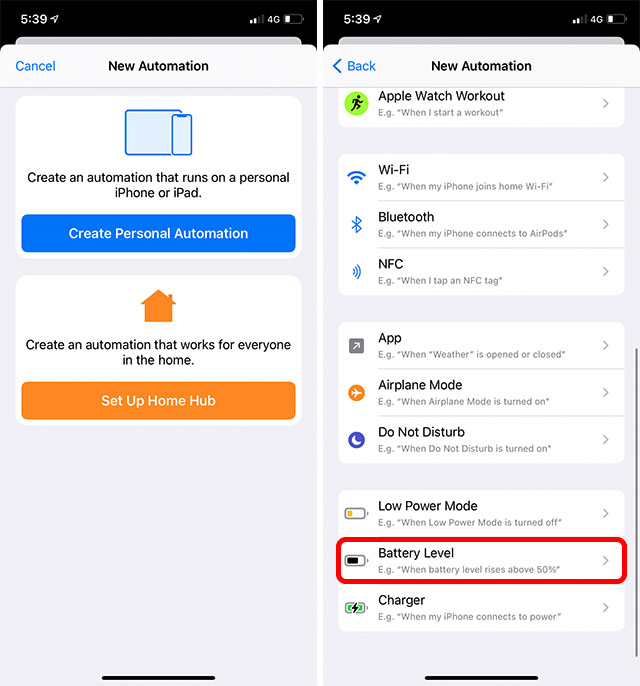 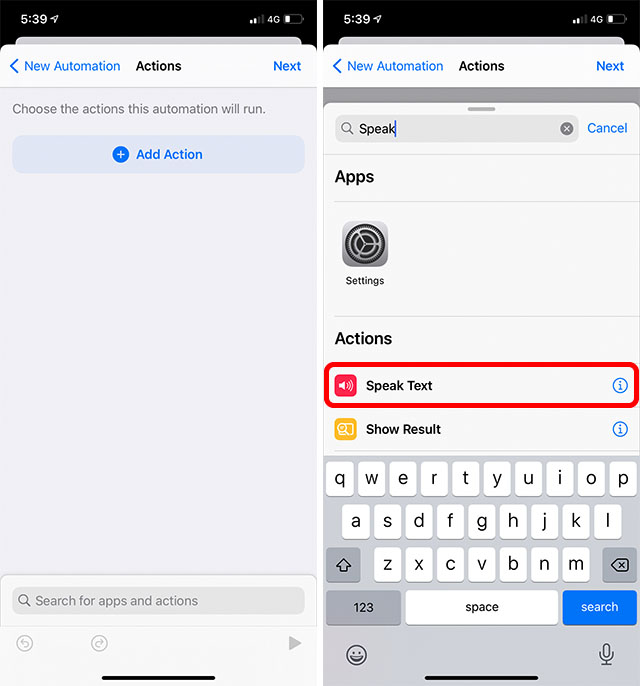 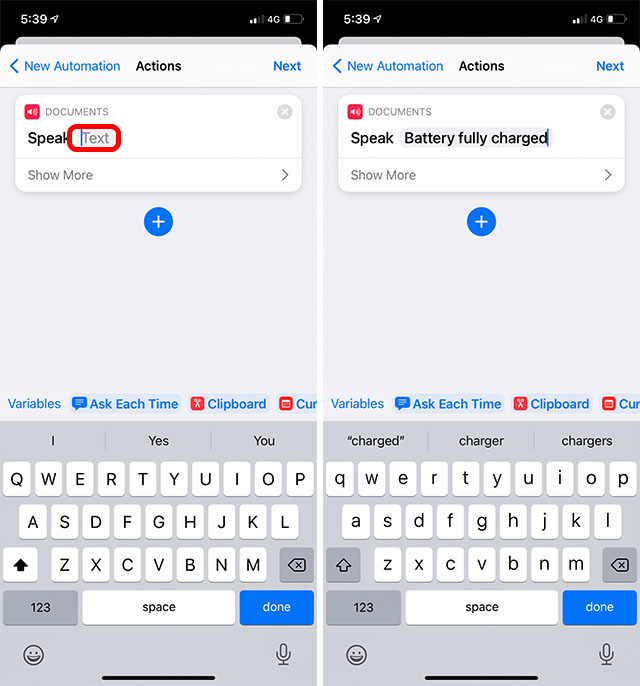 Your iPhone will now speak your chosen phrase the moment it charges to 100%. That means you can remove it from the charger once it’s done charging without letting your battery get charged for no reason.

Every morning, you probably check the weather for the day, and catch up on the news. Shortcuts on iPhone can make this easy for you. Simply download this shortcut (download).

When you run this shortcut, it will read out the weather, followed by your Calendar events and reminders, and then the news.

If you’re watching a video on your iPhone that you want to save to your device for editing, or sharing, you don’t need to try out random downloader apps. You can use Siri Shortcuts to download YouTube videos as well.

Yeah, you read that right. If your iPhone was submerged in water, or if you ended up washing it because it was just too dirty (not recommended, by the way), you can eject water from inside the iPhone using Siri Shortcuts as well.

Use Siri Shortcuts and Automations on your iPhone