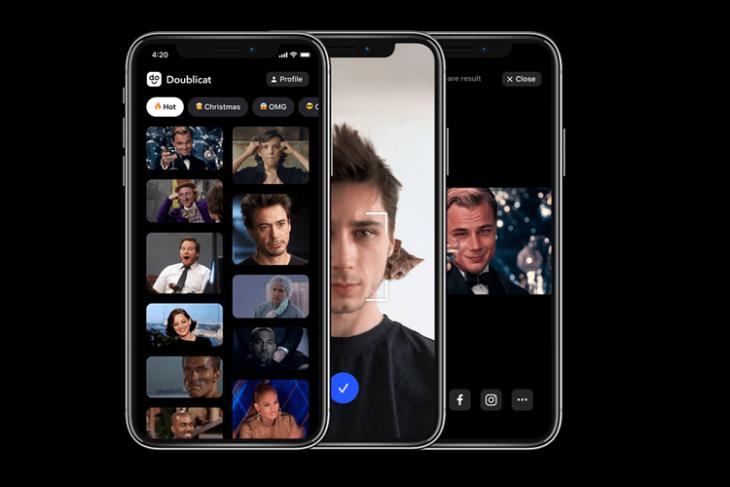 Just when you thought the wave of deepfakes has come to an end, a new app is here to prove you wrong. Instead of creating offensive or explicit deepfakes, this app aims to use the technology on a lighter note by letting you put yourself into any GIF.

The app is named Doublicat and it uses RefaceAI, a Generative Adversarial Network (GAN) behind the scenes. If that sounds familiar, that’s because its the same AI technology Elon Musk used to morph him into Dwayne Johnson.

Unlike other face-swapping apps, Doublicat doesn’t use a 3D model of your face. “In most of the deepfakes, they use the approach that we put to rest more than a year ago. I’m talking here about 3D masks, face reconstruction and texture blending. This solution can work only with previously collected and preprocessed content. And can be unstable in facial expressions and turns.”, Doublicat’s CEO told TNW.

For those worried about privacy, the company claims that it doesn’t store any photos of people. The app, however, stores vector representations of facial features. These face embeddings are not shared with anyone else, at least that’s what they say.

Using the app is quite straightforward. Install the app, capture a selfie, choose a GIF on which you would like to be in and wait for the app to do its magic. The app is available on both Android and iOS.

Check out Doublicat from the link and let us know your thoughts on it in the comments. In the meantime, if you’re looking for more deepfakes-related apps and websites, our article on the same here would be helpful. Do keep in mind to use it responsibly.