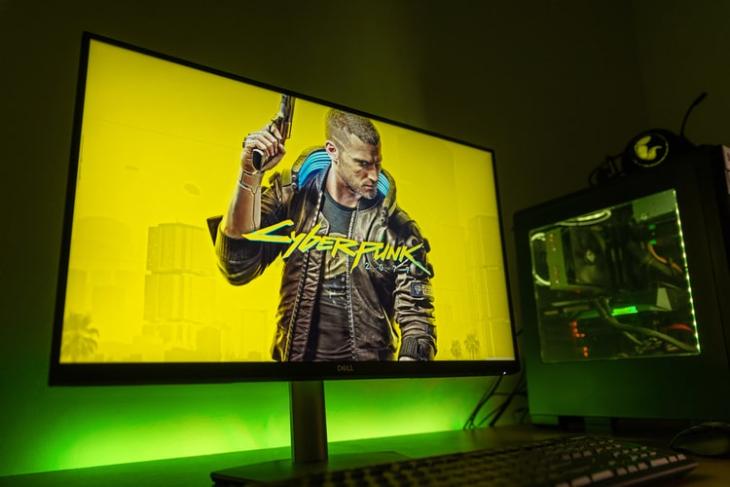 After having a botched-up launch last year, CD Projekt Red’s Cyberpunk 2077 has finally received the next-gen update on the PlayStation 5 and Xbox Series X/S today. Although the developers initially planned to release the update last year, they delayed the next-gen rollout until the first quarter of 2022 for obvious reasons. The company has now fulfilled its promise, along with the introduction of various other visual and technical updates.

While PS5 and Xbox Series X/S owners can download and install the latest version of Cyberpunk 2077 on their consoles, existing players on the PS4 and Xbox One will get a free upgrade to the latest version. With this version, CDPR added a bunch of new changes to the game to improve it further.

For starters, players can expect a much faster loading time as compared to previous versions. Furthermore, they get dynamic scaling, changes to the relationship and economy factors of the game, and other visual changes with the update.

The PS5 version of the game takes it up a notch and brings support for the console’s advanced DualSense controller. It means that players can experience the controller’s haptic feedback and adaptive trigger functions while playing the game on their latest Sony console.

CDPR has also added two dedicated modes for the game on the PS5 and the Xbox Series X/S – Performance mode and Ray-tracing mode. In performance mode, the game runs at 4K 60FPS with medium/ half-res SSR (Screen Space Reflection) quality. And in the Ray-tracing mode, on the other hand, the game will run at 4K 30FPS with high/half-res SSR quality. On the lower-end Xbox Series S, Cyberpunk 2077 will run at 1440p 30FPS. You can check out the official gameplay of Cyberpunk 2077 on the PS5 in the video below.

Other than that, the latest patch 1.5 for Cyberpunk 2077 adds some changes for existing players. These include smarter enemies, more aggressive crowds, and better driving in the game. Moreover, CDPR has overhauled the perk system in the game, unassigning perk points for players. Furthermore, the developers have tweaked the in-game relationship system, loot system, and economy, and added an option to walk slowly. You can check out the official patch notes to know more about the new features and changes in the game.

The new Cyberpunk 2077 update comes as a 50GB download for Xbox, PS4, and PC. PS5 players running the PS4 version, however, need to download and install the update manually from the PlayStation Store. It will have a PS5 logo beside it. Following that, players can transfer their save files to the latest version of the game to continue their journey. New players will get to access a 5-hour free trial of the game too.