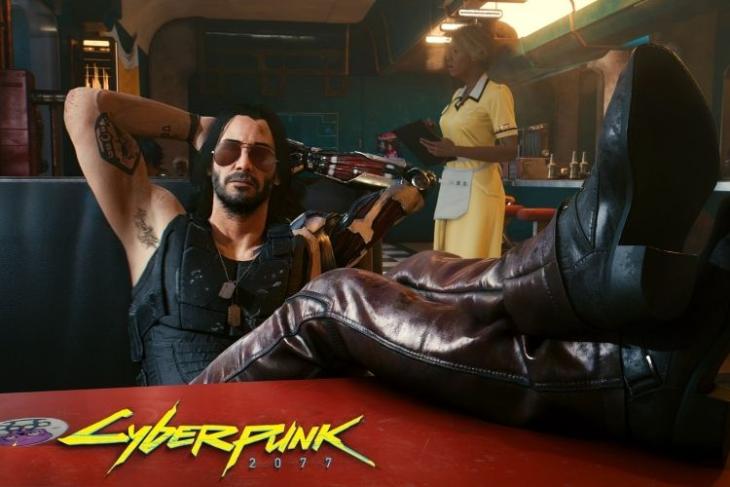 Cyberpunk 2077 was one of the most anticipated games to launch last year. The game, though fun to play on PC, was met with a ton of discontent from previous-gen console players. This RPG title was riddled with bugs and the older-gen console variants have low-resolution graphics and were just straight up unplayable. This launch debacle saw many players demand refunds, which game developer CD Projekt Red complied with, and apologize for the hurried launch.

Now, a month after release, when the game has also lost more than 75% of players on PC, CD Projekt’s co-founder Marcin Iwinski has issued a lengthy apology on video. He formally apologized on behalf of the company’s leadership, who took the decision to release the game in its initial bug-riddled state. The game has since received multiple hot-fixes to address the most pressing issues.

Iwinski also asked gamers to not hold the game’s developers responsible for the state of Cyberpunk 2077 at launch. They are not the ones to blame, he added. You can see the complete apology in the video attached below:

Further, Iwinski goes on to talk about the console version of Cyberpunk 2077. He has finally confirmed that the developers focused too much on the PC version. CD Projekt Red built the PC version first and then backported it to run on the previous-gen consoles. The developers assumed it would work smoothly but we are well-aware how it played out.

“The console version of Cyberpunk 2077 did not meet the quality standard we wanted it to meet. I, and the entire leadership team, are deeply sorry for this, and this video is me publicly owning up to that,” he said in the video. The developers did not face many of the same issues as players and assumed the problems could be fixed with a day-zero patch.

In addition to the apology video, CD Projekt Red has also shared the update roadmap for Cyberpunk 2077. The developers are working to push out the first major patch in the next 10 days. It will be followed by an even bigger Patch 1.2 in the coming weeks. These will be two of the many updates for “improvements & bug fixes” that will follow later in 2021. 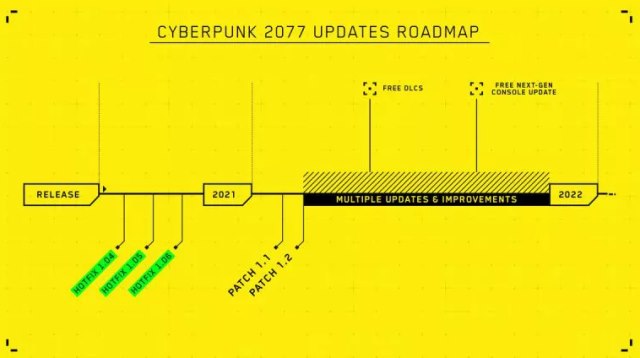 CD Projekt Red, as you can see in the timeline above, has announced delays to more downloadable content (DLC) and the next-gen console versions of the game. Cyberpunk 2077 is an open-world RPG that could give users an option to come back to the game with new content in the future. It has already sold a whopping over 13 million copies since release and received amazing reviews on PC, barring the fact that you can overlook some of the glaring bugs in the game.