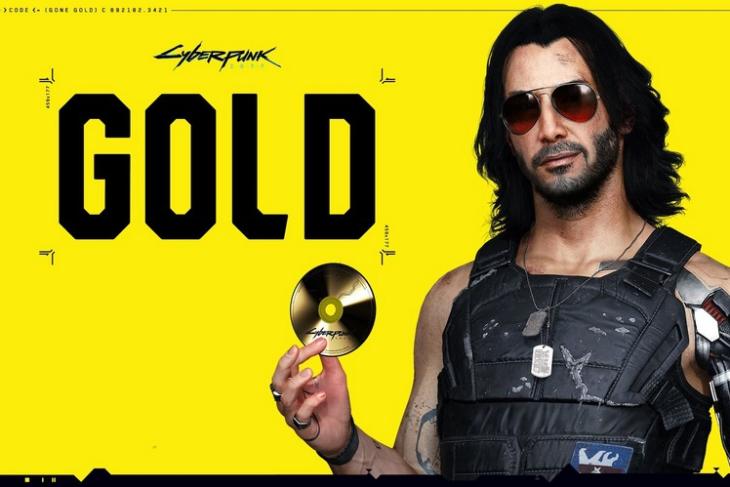 After years of development, CD Projekt Red will be finally launching the most-hyped game of this year, Cyberpunk 2077, on November 19th. And ahead of its launch next month, the developers recently announced that the game has gone gold.

Now, if you don’t understand what the above statement means, let me shed some light. A video game going gold means that the developers have finished creating the original disc of the game and they are ready to produce retail copies. It is similar to the final version of an operating system, which, in the tech world, is called the “gold master” edition.

According to recent reports, the developers have been working really hard to make the game launch-ready. Some of the members of the project are even working extra hours to fix existing issues of the game before its big launch.

So, after following six-day work weeks for the past few weeks, the company has finally finished game development. The announcement of the game “going gold” came via an official tweet (attached below) from the Cyberpunk 2077 handle.

See you in Night City on November 19th! pic.twitter.com/s6U266Y1fp

Now, although the game has gone gold, CD Projekt Red will continue to work on it to fix any existing bugs. Moreover, the completion of the final disc suggests that the launch of the game is now inevitable. Who’s ready to lurk around the futuristic Night City and have some fun? I cannot wait to try out Cyberpunk 2077 next month.