Skip to content
Home News The “Lifepaths” in Cyberpunk 2077 Will Define Your Narrative; Here’s All About Them 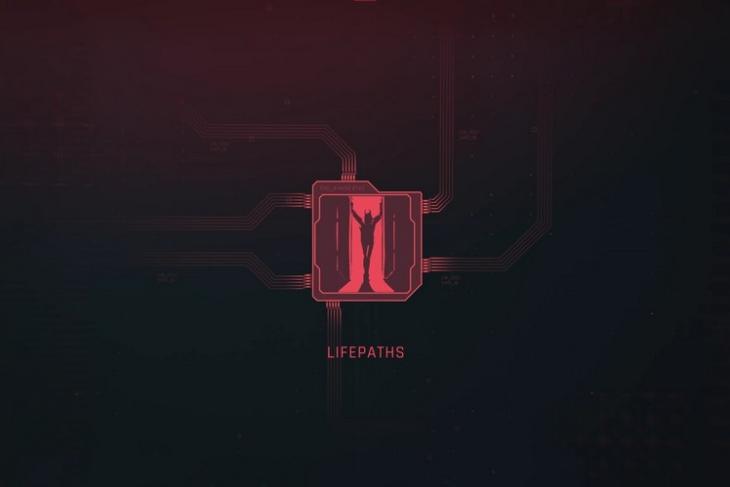 After several delays due to the ongoing Coronavirus, one of the most hyped games of this year, Cyberpunk 2077 will be finally releasing on November 19. Now, prior to its release, developers CD Projekt Red has been carrying out some promotional yet informative video campaign about the game on YouTube. So, in a recent episode of the Cyberpunk 2077 series, “Night City Wire”, a developer of the game talked about the various “lifepaths” in the game which will give a start to your story and will drastically affect the narrative of it. So here’s all about Cyberpunk 2077’s “Lifepaths”.

So, at the start of the game, you will be able to choose a backstory for your character in the story, which is called the “Lifepath”. This backstory will determine your narrative in the game and will also affect the decisions of your character. Although all the stories are in the same city, the “Night City”. the characters change with each of the “lifepaths”.

Now, coming to some specifics, there are essentially three “lifepaths” to choose from – Nomad, Street Kid, and Corpo.

So, if you choose “Street Kid”, your character will be a muscle out of the raw streets of the Night City. According to the gameplay video above, he will have a childhood in the city’s Heywood area where things got pretty rough at times. And most of your childhood, you were in the midst of various gangs and mafia and have been “running from badges” ever since.

So, in this case, your character will be straight outta street. As a result, you will be pretty familiar with the low-life street population of the city which will help you to make good bonds with the locals.

Now, as a “Nomad”, your childhood will mostly be on the outskirts of Night City which they call the “Badlands”. We got a reference to this place earlier this year when the developers made a “Madmax-themed” car for the game. These vast deserts are ruled by the Nomad clans and have seen many wars and other bad things over the years.

So, as you start the game, your aim will be to make a new life in Night City after leaving your Nomad clan for some reason.

And in this case, your character will be a stranger to the city and so it will be tough for you to make good bonds with the locals, unlike the “Street Kid”.

As a “Corpo”, neither you will in the low-life streets of Night City nor you’ll be in the dangerous “Badlands”. Rather, you will be a top-level corporate executive of a big company called the Arasaka Corporation. This will give you the opportunity to get the upper hand in some situations in the game when dealing with high-level business mafias and corporate executives.

Now, these “Lifepaths” are not just for the start of the game. At some point in the game, each of these characters might meet with each other as they will carry out similar missions.

And as Philip Weber, the game’s Quest Design Coordinator explained in a recent interview that to make Cyberpunk 2077 “a real RPG”, the developers have added specific “lifepath opportunities” for different “lifepaths”. As a result, each character will have different advantages or disadvantages during a mission depending on the “lifepath”.

So, this was all about the “Lifepaths” in the upcoming Cyberpunk 2077. You can check out the whole 26-minute episode of “Night City Wire” right below.