Skip to content
Home PC Linux Use Linux And Miss CCleaner? Check Out These Alternatives

Of all the software applications considered “must-haves” for a computer, CCleaner is probably one of the most popular. Lightweight yet powerful, it’s a system utility that cleans all kinds of junk (e.g. temporary files, invalid registry entries) from your PC, thus ensuring that it keeps working the way it’s supposed to, sans any issues. Not only that, it also does lots of other cool stuff, including everything from purging browsing history to even uninstalling programs. However, as incredible as it is, CCleaner is only available for Windows and OS X, thus leaving Linux users out in the cold.

But don’t you worry folks. There are quite a few applications/solutions that provide (more or less) the same functionality as CCleaner, available for Linux. Can’t hold your excitement? Here’s a listing of the best CCleaner alternatives for Linux. 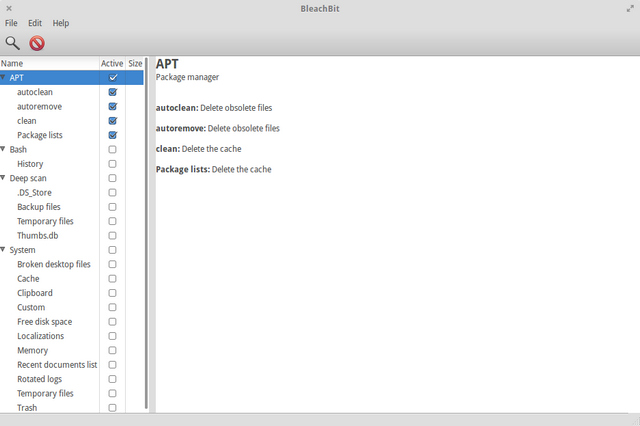 Utterly simple to use, BleachBit makes quick work of getting your Linux PC rid of unwanted stuff. From thumbnail cache and broken desktop files, to debug logs and temporary files, this open-source CCleaner alternative can clean up just about everything. Just select the junk files and content you want gone, and hit the Clean button. And that’s nothing. BleachBit supports close to 100 applications (including browsers, office suites, media players, and much more) whose leftovers it can clean up. In addition, it includes the functionality to shred files and wipe free disk space, thus almost exactly mirroring the feature set that CCleaner provides.

And even if you happen to use Windows along with Linux, BleachBit has you covered, as it’s available for Windows as well. Oh, and did I mention that it was used by internationally renowned security technologist Bruce Schneier, while working with the secret documents provided by Edward Snowden? ‘Nuff said! 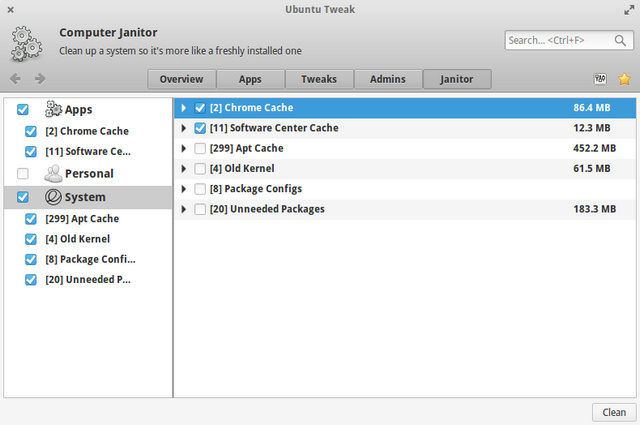 If your Linux distro of choice is Ubuntu (or anything else based on it), Ubuntu Tweak Tool is something you should definitely use. It’s a utility that makes using and configuring Ubuntu a lot easier, and includes options for tweaking advanced settings, quickly updating apps, and much more. But one of its most useful components is the Janitor sub-module, which makes removing unwanted stuff like broken/old packages, config files, cache etc., a matter of a few clicks. It can be accessed via its own tab, and lets you delete space hogging junk, either selectively, or all at once.

In summation, Ubuntu Tweak Tool (or more specifically, its Janitor sub-module) can be considered as a bare-bones CCleaner alternative for Linux. That being said, it doesn’t really provide any extra functionality (e.g. program uninstallation, file shredding). 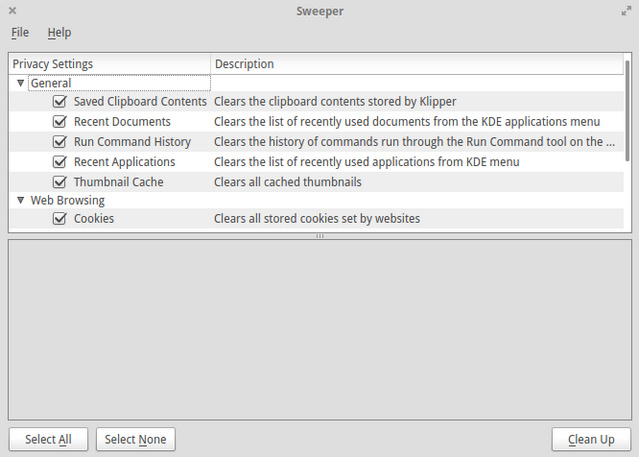 Essentially, Sweeper is a part of the KDE utilities suite, and an extremely simple system cleaner utility. Although the functionality provided by Sweeper is extremely minimal (and by no means comparable to what CCleaner provides), it can come in handy for those who just want to delete basic junk files occasionally. Sweeper can clean web-browsing related data (e.g. browsing history, cache, cookies), as well as general files like clipboard contents, recently accessed documents, and thumbnail cache. That’s pretty much all there’s to it.

However, Sweeper’s working is clunky, and during our testing, it only worked half of the time. So that’s something to be kept in mind. 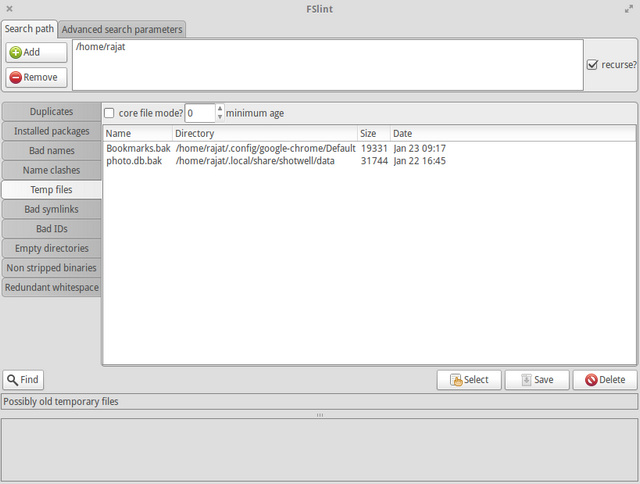 Although FSLint seems confusing at first, once you get a hang of it, things get easy. FSLint is basically a duplicate file finder application, but it can also be used to delete (some) unwanted and junk files, thus making it a (sort of) CCleaner alternative for Linux.

In addition to duplicate files, FSLint can also find temp files, bad IDs, empty directories, and things like that. You can even manually specify the locations to be searched. Once the results are displayed, all you have to do is select the unwanted/duplicate files you want gone, and hit Delete. Not that hard, right?

Ready to clean up your Linux machine?

The somewhat limited availability of popular software applications on Linux has always been been an issue, especially for new users. However, things are much better now than they used to be, as seen evinced by the above discussion of CCleaner alternatives. Want a powerful disk cleaning utility that almost mirrors CCleaner in terms of feature set? Go for BleachBit. Would rather prefer something simpler? Try Sweeper. Take them all for a spin, and let us know your favorites in the comments below.

12 Best Rabbit Alternatives You Can Use