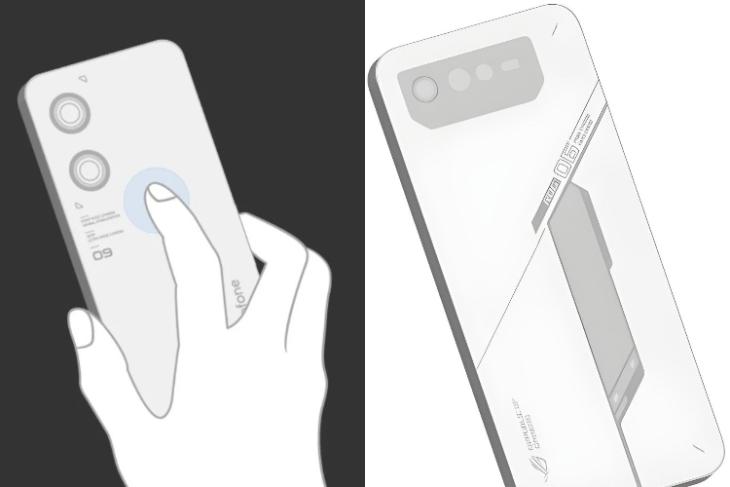 After launching the ZenFone 8 and ZenFone Flip 8 in early 2021, Asus started rolling out the stable Android 12 update for both devices recently. While the latest update added several new features to the ZenFone 8 series, the firmware build revealed the possible designs of Asus’ upcoming ZenFone 9 smartphone and its next-gen gaming smartphone ROG Phone 6.

Starting with the ZenFone 9 design, a vague sketch of the device was discovered in the latest Android 12 update. It was spotted by an Asus ZenTalk Forum member named Morgan Delalande, aka The Raimstor. The user received the Android 12 update on their ZenFone 8 Flip and discovered a glyph-like image, showcasing the possible design of the ZenFone 9, under a new hidden setting for the double-tap back gesture, which is similar to the iOS Back Tap feature. The feature, however, does not currently work.

Although the sketch does not reveal much about the upcoming ZenFone model, we can see that “09” marking, a dual-camera setup at the back, and the boxy design of the device. Taking a closer look reveals the device sports a 50MP primary lens with OIS support and a 12MP ultra-wide sensor.

However, the camera module looks to be a bit bigger than the one on the previous model. Furthermore, the sketch shows a stylized ROG 06 logo and a small display at the back. Although not much is known about the specs of the device as of now, we can expect it to come with the latest Snapdragon 8 Gen 1 SoC to deliver even greater performance than the ROG Phone 5.

Now, other than these, there are no other details about the Asus ZenFone 9 and ROG Phone 6 as of now. Moreover, these designs are also not finalized and are subject to change. Hence, we suggest you take the information with a grain of salt and wait for Asus to officially reveal or tease the devices in the coming days.

Nonetheless, we would love to know your thoughts on the possible designs of the ZenFone 9 and ROG Phone 6. So, be sure to let us know in the comments below.