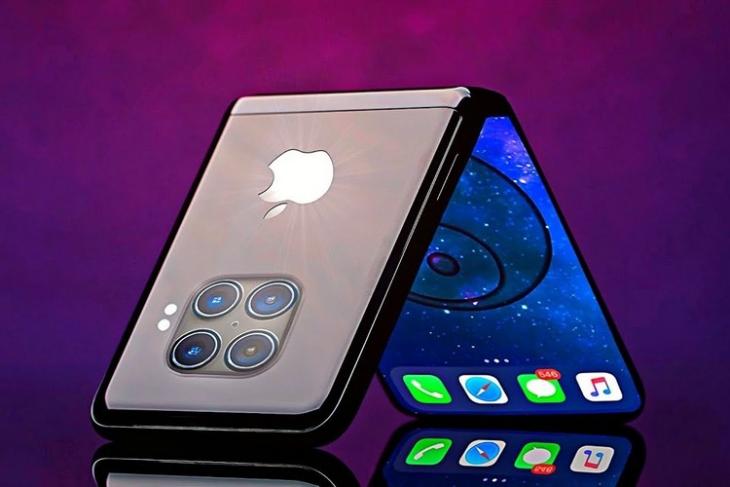 Apple, apart from making iPhones, iPads, and all the other devices, works on various technologies to implement in their future products. We have seen the Cupertino tech giant working on car tech, probably for its now-mythical Apple Car. Now, according to a recent patent filing, the iPhone-maker is working on a “self-healing material” for its foldable displays.

The patent, according to Patently Apple, was filed earlier in January of this year and was recently published by the US Patent Office. This patent reveals a foldable Apple device that comes with a special self-healing layer on its display. This layer will “help mitigate the number of dents, scratches, or other imperfections in a display cover layer” and will keep the display crease- and scratch-free.

Moreover, the patent states that this material can either get triggered automatically when it detects any imperfections on the display, or it can be initiated by the user by using external stimuli like heat, electricity, or light. This sounds similar to the self-healing rear of the LG G Flex. 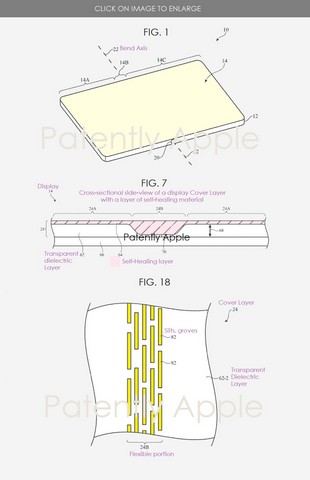 Now, as I mentioned earlier, we have seen Apple come up with some crazy patents over the years yet, most of these remain as internal projects and do not get implemented in its actual products. Nevertheless, it is always good to see Apple working on new tech for its upcoming products.