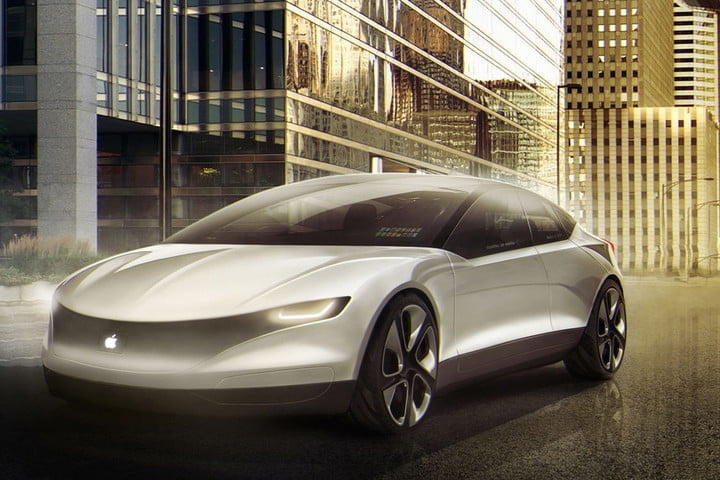 The rumour of Apple launching a car has been floating around for quite some time now. Back in 2018, Apple analyst Min Chi-Kuo listed some new products on which Apple was reportedly working. These included an AR headset and a car. Kuo compared the Apple Car with the first iPhone and said that the product could help take Apple to the $2 trillion market cap.

The rumoured car project of Apple called “Project Titan” has been in development since 2014. Since then Apple applied for several patents relating to car tech and hired many heads from popular automakers including General Motors, Ford and Tesla.

A recent patent submitted by Apple showed a new technology in Apple’s autonomous car. This new tech will allow you to give voice commands to the self-driving car. You can say where you want to go and the car will do the rest to take you to your destination and even park it for you.

Titled “Guidance of Autonomous Vehicles in Destination Vicinities Using Intent Signals“, this patent application was filed by Apple back on August 2 of last year. It was recently made public, on January 23. The patent allows a self-driving car to get to a destination using voice commands, gestures and touchscreens.

The highlight of this patent is the voice command feature. You would be able to tell your car that you want to buy flowers and the car will find the nearest florist and take you there right away. The commands need not be specific and can be vague like the above example. The tech will allow the car to get a context and find a suitable destination to complete the task in hand. 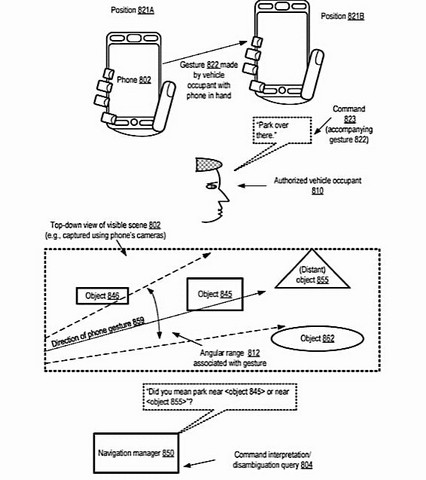 The patent also allows the car to find an optimal place to park. Take the above example. You need to go to a florist shop in a large market-place with multiple entries. In this case, the navigation manager (as the patent describes) will find the nearest entry to the florist shop and park it right in front of that entry.

In another situation, if you tell the car “I would like to eat Italian food”, the car will automatically find an Italian restaurant based on proximity, price and your history of visits to the restaurant.

Apart from voice-commands, the car will also be able to understand gestures, gazes and touch input to take commands. An example of the gesture command explained in the patent is where you can point your smartphone to a specific parking point and the car will read and park the car on that specific point.

It is not yet clear if Apple would use this patent to produce their own car or sell it to other car manufacturers. Although Apple CarPlay is present in so many cars with Siri integration, this new technology would need exceptional self-driving capabilities to work its magic.

With these new patents, Apple is slowly heading towards the automobile market. Whether “Project Titan” is just a rumour or not, I think we will see Apple competing with Tesla, Mercedes and Audi real soon.

What do you guys think? Comment your thoughts down below.