Skip to content
Home News Apple to Introduce a Foldable iPad in 2024: Report 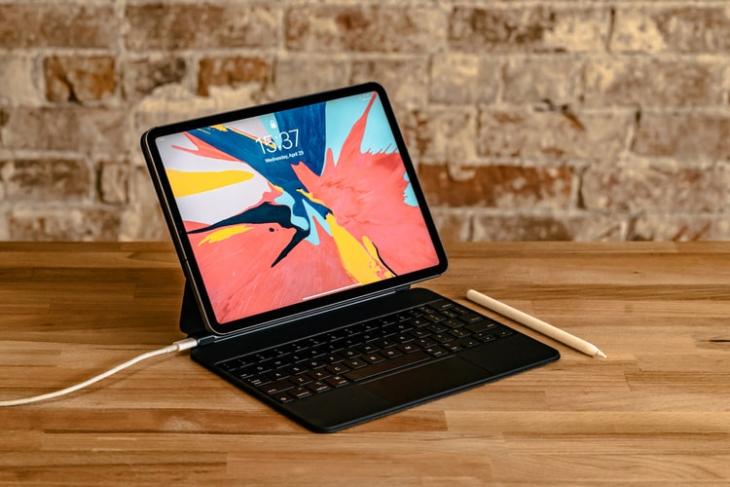 Foldable iPad May Launch Before the Foldable iPhone

Analysts at CCS Insight (via CNBC) have revealed that Apple is planning to launch a foldable iPad in 2024 as the company will finally start diving into the foldable technology. This is most likely to happen before a foldable iPhone makes the cut.

If you are wondering why Apple plans to release a foldable iPad first, it is mainly to avoid risks. The analysts believe that it would be best for Apple to start off with a foldable iPad so that it doesn’t attract much scrutiny in case of technical issues.

Ben Wood, chief of research at CCS Insight, in a statement to CNBC, said, “Right now it doesn’t make sense for Apple to make a foldable iPhone. We think they will shun that trend and probably dip a toe in the water with a foldable iPad.“

Plus, a foldable Phone would mean an exorbitant price tag to differentiate it from the regular iPhones. Wood has hinted at a price tag of $2,500 (~ Rs 2,05,000), which is much more expensive than the price of the Samsung Galaxy Z Fold 4. Before Apple makes all these decisions, it is deemed best for it to launch a foldable iPad first considering how the segment has gained popularity.

For those who don’t know, Apple is expected to introduce the foldable iPhone in 2025 and now that we are hearing about a foldable iPad first, these timelines appear to make sense. Apple is rumored to be in talks with LG for the foldable display. The foldable iPad, as per a report from 2019, hints at support for 5G too. However, we still lack a lot of details on this and there’s no word on whether or not this will happen for sure.

Since there’s a lot of time before the rumored foldable iPad makes its entry, it’s best to take all the information with a grain of salt until something official is revealed. We shall provide you with more details on this. So, stay tuned, and do share your thoughts about the foldable iPad in the comments below.