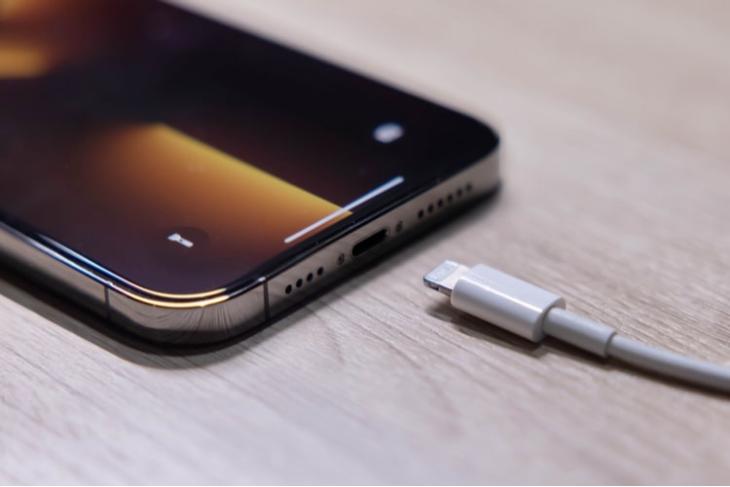 Despite pressure from users as well as regulatory authorities, Apple is yet to get rid of its proprietary Lightning port on iPhones. Although there have been many rumors of Apple transitioning to a USB-C port for iPhones, especially after it made the switch on the iPad line back in 2018, the Cupertino giant has stuck to its guns till now. However, according to reputable Apple analyst Ming-Chi Kuo, that could change soon as Apple might finally provide a USB-C port on its 2023 iPhones. Check out the details below.

2023 iPhones Might Finally Come with a USB-C Port: Report

Reputable Apple analyst Ming-Chi Kuo recently took to Twitter to share an exciting piece of information. In a two-part tweet, Kuo wrote that the “2H23 new iPhone will abandon Lightning port and switch to USB-C port.”

The analyst cited his “latest survey” with suppliers and mentioned that USB-C could improve the charging and transfer speeds on upcoming iPhones. You can check out the initial tweet attached right below.

Kuo further noted that USB-C-related component suppliers in Apple’s ecosystem are expected to “become the market’s focus in the next 1-2 years,” hinting that Apple could get rid of the USB-C port as well for a completely portless iPhone by 2025.

For the unaware, the only USB-C iPhone that currently exists is a result of a DIY project by an engineer. Now, it is worth mentioning that there is no other evidence, except for Kuo’s tweet, that hints at the same. According to 9to5Mac, this might not turn out to be true as the supply-chain reports can be of varying reliability. Nonetheless, Kuo seems to be confident about the switch. The alleged iPhone 15 is also expected to get rid of the SIM slot with an aim to make the iPhone portless!

So, we shall see if Apple really chooses to get rid of its proprietary Lightning port on its iPhones and replace it with the much-requested USB-C port next year. Until then, stay tuned for further updates, and let us know your thoughts on the topic in the comments below.

After the EU, India to Soon Adopt USB-C as a Standard