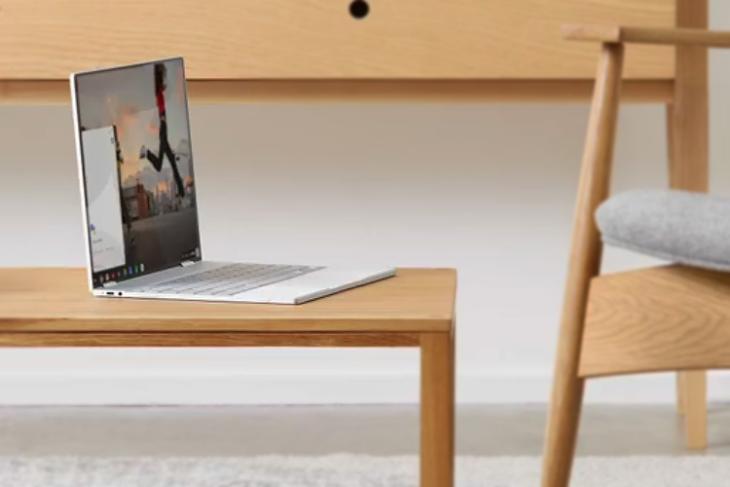 Another Pixel 3 teaser was spotted recently in a bunch of Facebook ads and while this was seemingly a case of poor Photoshop, another device which may have been revealed ahead of the Google event on October 9.

This alleged device is the upcoming iteration to Google’s Chromebook sensation last year – the Google Pixelbook – and has been spotted at two different instances. The first one, of course, is the Google Assistant ad which shows a Chromebook not unlike the last year’s Pixelbook, but with much narrower bezels.

The second graphic in the same series of ads also shows the alleged Pixelbook upgrade, which likens with the last year’s Google laptop in terms of the boxy design. Both of these images clearly point out how bezels have been significantly reduced in the iteration – if it true. 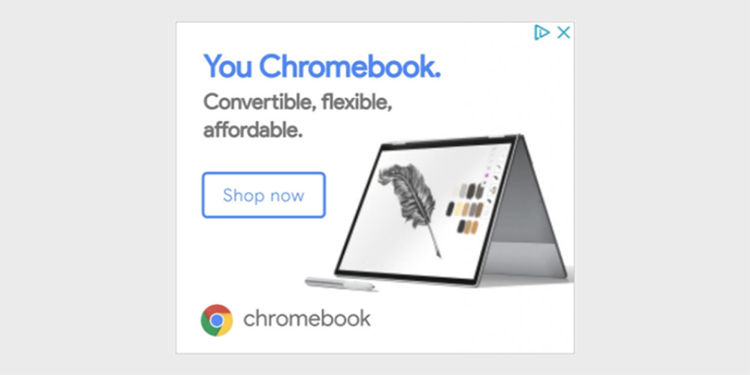 The second illustration can be seen in what appears to be a Google AdSense advertisement. The graphics straightforwardly calls this a Chromebook with a design strikingly similar to the first-gen Pixelbook. The laptop in a tent configuration can be seen with the Pixel Pen which was also announced with the the laptop last year.

Moreover, this particular advertisement points to “You Chromebook”, which looks like a typo but this is Google and they could have some marketing plans around that line.

However, on a skeptical note, it is also possible that Google is simply playing with the emotions of fans and followers by pulling off a practical joke, such as that related to alleged “Ultra Pixel” last year which was majorly teased but not launched, and was later found to be a product of Google’s witty imagination.

Whatever be the case, we know to a great extent that the Pixelbook 2, or whatever it is to be christened, will be arriving with the Pixel 3 devices on October 9, and we’re keeping a close watch on these leaks. So, we urge you to stay tuned for more updates.

How to Install Albion Online on a Chromebook