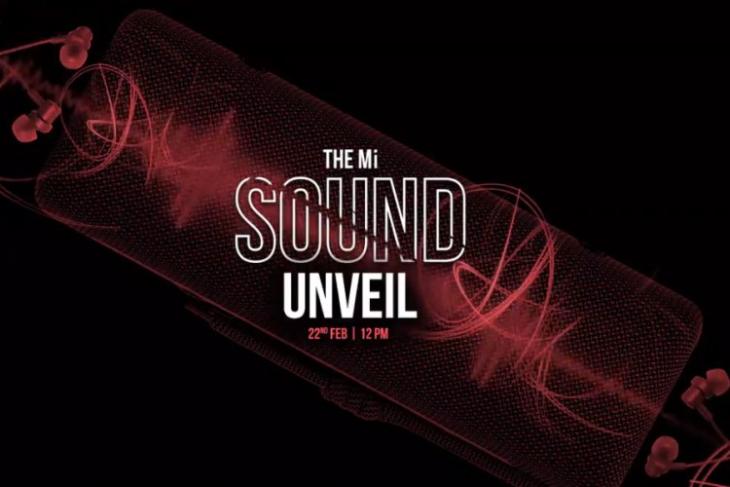 In an official tweet, Xiaomi India MD Manu Kumar Jain revealed that the company will hold the “Mi Sound Unveil” event on 22nd February in India. The official media invite adds that the latest audio line of products will “unveil sound signature like no other.”

Time to kickstart with the first #Audio launch of the year 2021. Bringing not just 1 but 2️⃣ brand new products for you all. 😍

The #MiSoundUnveil is happening on the 22nd Feb. 🤩

Now, as seen in the tweet above, Manu Jain does not reveal anything about what the two audio products are going to be. The teaser video shows off the silhouette of a speaker at the center and earphones (wired or wireless? Unknown) on the edges. These could be hints for the upcoming devices, but we suggest you take it with a grain of salt.

One thing is for sure though. The upcoming audio products will be more premium and better sounding than the budget-centric Redmi audio products. We can expect Xiaomi to tease more details in the days leading up to the launch. We will bring you the entire details on launch day, 22nd February, so stay tuned for more information.