Yesterday, Xiaomi launched the Redmi Earbuds S in India. The rebranded Redmi AirDots S come in at a highly competitive price point of just ₹1,799. At that price, it’s difficult to ridicule a product like this. However, if you’re wondering whether you should buy these or not, here’s my review of the Redmi Earbuds S after having used them over the last week.

First up, let’s take a look at everything you will find inside the Redmi Earbuds S box. 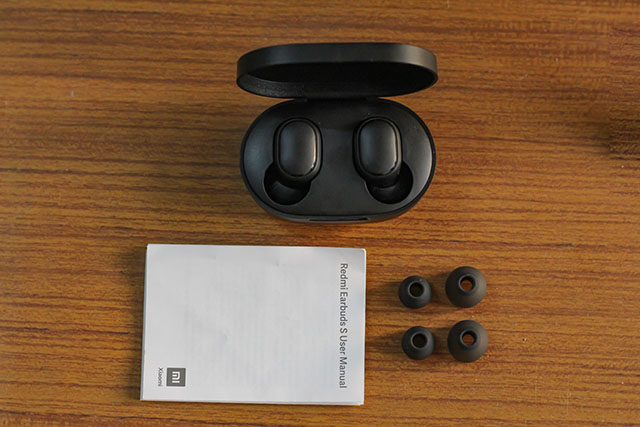 You know, for a pair of truly wireless earbuds that are priced under ₹2,000, the Redmi Earbuds S have great build and design. There are a couple of neat touches that I like. Ironically, the first one is that you can’t see fingerprint marks on this thing.

That’s great, especially in a country like India where the summers mean you’ll pretty much have to hold your earbuds with sweaty hands. They are also IPX4 rated, so you can safely use them for workouts or out in the rain without worrying about them.

The case here is pretty tiny which is great, even if it does feel just ever so slightly unsatisfactory when opening it up. It doesn’t have that very tactile feeling that some other earbud-cases offer when the lid is popped open. That’s me nitpicking though, it’s not really a deal breaker by any means. 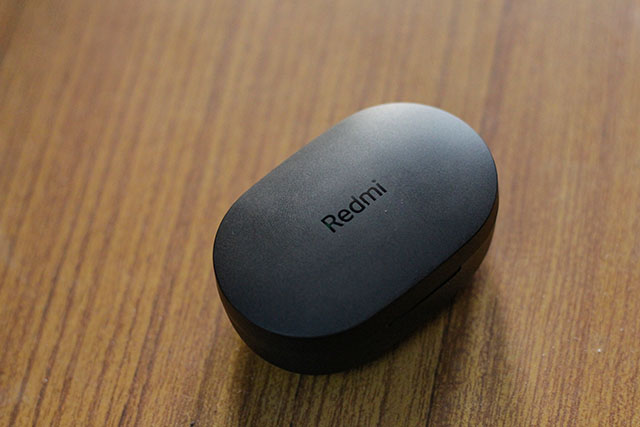 Inside, the earbuds sit flush and pretty. The all black aesthetic here is personally my favourite. It’s matte, it’s deep black, and it looks stealthy.

Speaking of the design, the Redmi Earbuds S come with a microUSB port for charging which is just a little sad. However, considering the price point I won’t hold a grudge about this. What I absolutely refuse to accept however, is the lack of a microUSB cable in the box. That makes no sense, and as my colleague Anmol put so evocatively in our Slack chat, “who has a microUSB charger these days.”

If you are like the majority of people who don’t have a microUSB cable handy, be prepared to buy one for these earphones. I don’t see why Xiaomi didn’t include this in the box, and it makes me furious because I had to disconnect my Google Home Mini in order to use its microUSB cable for charging these. Not cool. 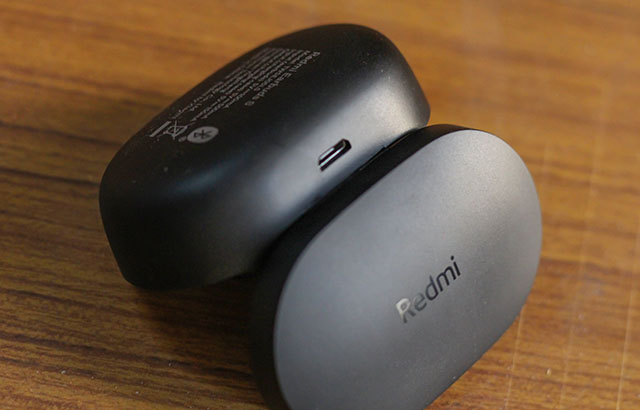 Xiaomi said a lot of good things about how comfortable these earphones are, and how well designed they are for fitting into the average Indian ear, and for the most part that’s true.

The earbuds sit quite comfortably in the ear, and I found myself wearing them for hours at a stretch; sometimes without realising that I had them on. Both of those are great things for earbuds.

It’s also impressive that the earbuds managed to stay in my ear during my signature head-banging test that those of you who follow us on YouTube probably know well. That’s something most TWS earbuds fail at, but the Redmi Earbuds S did not, so kudos for that as well.

Xiaomi ships the Redmi Earbuds S with the medium sized silicone ear tip pre-installed on them, and a pair each of small and large sized buds in the box. So you should be able to find a great fit for your ear easily. Also important to note is that these earbuds come with a standard tip. That means you can use third party ear buds as well in case you prefer something more suited to your ear. 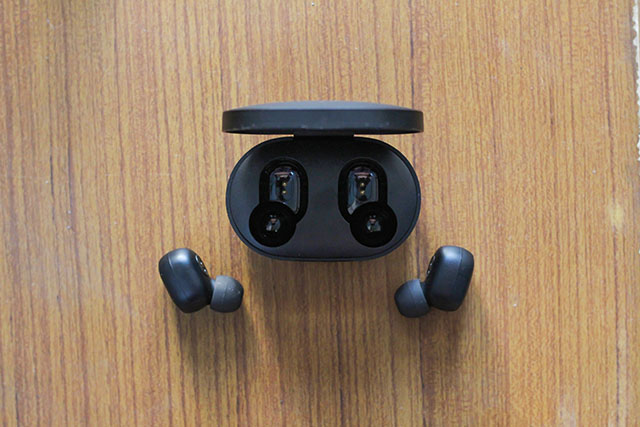 I’m very confused about this part. On the one hand, there’s the fact that the Redmi Earbuds S don’t have great sound. They simply don’t. The soundstage feels narrow, and the earbuds struggle with instrument separation in the mids. Plus the bass, while thumpy, is also muffled.

On the other hand, they are priced at ₹1,799 and at that price, this sound quality is also understandable. I mean, at this price point your choices are incredibly limited. There’s not a lot to compare these earbuds with.

That’s exactly why I am saying that the sound here is not great. Don’t expect these to compete against earbuds like the Mi True Wireless earbuds, or the Realme Buds Air. But that’s to be expected, considering the price difference. 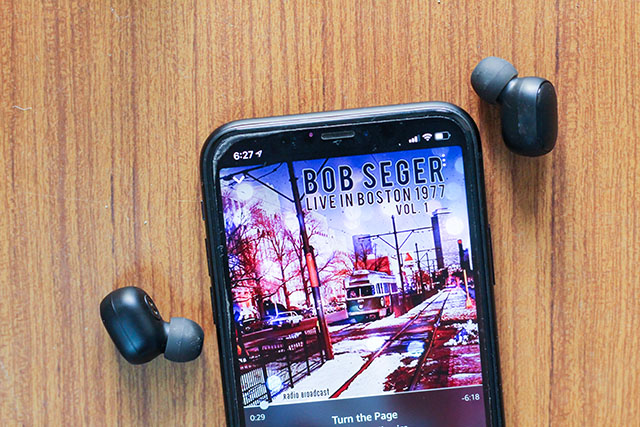 Is it impossible to enjoy music on these earbuds? No, it’s not. If anything it’s a fairly decent experience. And under ₹2,000, you will not get a lot of TWS earbuds anyway. The Redmi Earbuds S get quite loud, and the sound doesn’t distort which is great.

If sound quality is something you absolutely can’t compromise on even a little bit, you will either need to increase your budget, or consider ditching TWS, and getting the OnePlus Bullets Wireless Z (₹1,999) instead in this same price bracket.

The Redmi Earbuds S come with a multi-function button on each of the earbuds. This button is used to perform everything from answering and ending calls, controlling music playback, launching the voice assistant and more. Here’s what the controls look like.

All of these functions are great. However, I would have preferred also having functions to skip forward or back in my playlists. That’s an important feature for me. However, that doesn’t seem to exist here. While testing these earbuds I tried triple pressing the multi-function button to see if that skips songs, but the earbuds just played a weird tone and then continued playing the song.

Anyway, moving on, these earbuds come with Bluetooth 5, which is really great considering their price. You can use these individually if you want, and they pair easily. You can just take the earphones out of the case, look in your phone’s Bluetooth settings and tap on ‘Redmi Earbuds S’ to pair them with your phone. 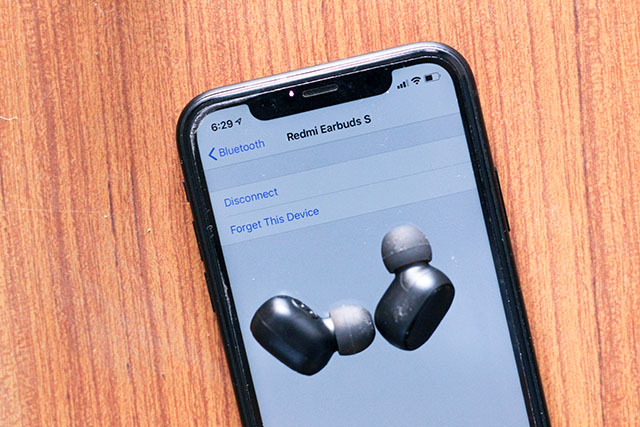 The Redmi Earbuds S only support the SBC codec. While that may sound like a big drawback, at ₹1,799 I don’t know if I can really hold that against the company.

For earbuds this small, the Redmi Earbuds S have a surprisingly good battery life. Xiaomi claims 4 hours of listening time from the earbuds on a single charge, at 80% volume. That claim is more than true by my testing. After two hours of continuous listening at 80% volume, the Redmi Earbuds S had only dropped down to 60% charge. So yeah, they will easily last 4 hours on a charge. 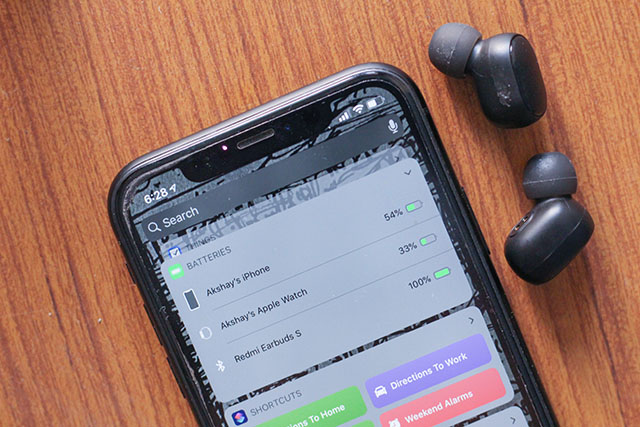 The case charges the earbuds three more times to get 12 hours of total listening time, which is pretty good. It’s even more impressive considering the price. Honestly, I have no complaints from the battery life. The only complaint I have that’s somewhat related to battery is the absence of the microUSB cable in the box.

Alright, to sum things up, here’s a quick look at what’s good and bad about these earphones.

All things considered, the Redmi Earbuds S (₹1,799) are high on my list of the potential best truly wireless earbuds under ₹2,000 in India. They come in a sleek package with a pretty solid design. They are quite comfortable to wear, and fit easily in the ear, and they are priced as if they were on a sale. The only compromise here is in the sound quality which is a big deal. Still, as an overall package, in this price, the Redmi Earbuds S are a solid deal to go for.