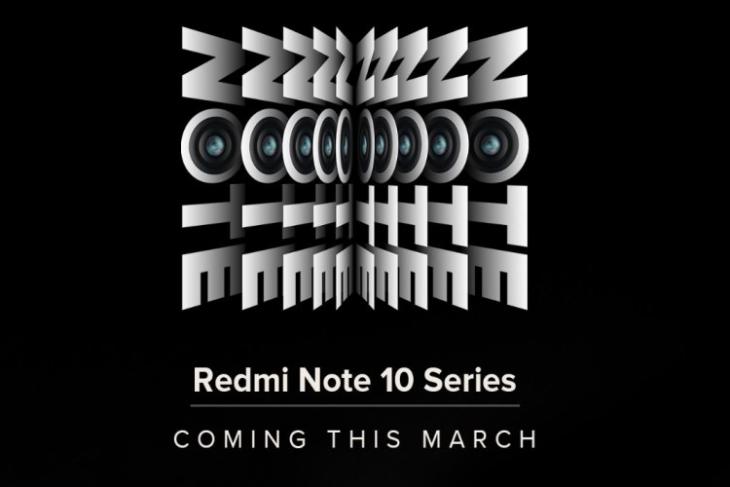 #RedmiNote10 series – 2021's smartphone of the year is making it's way home in early March. ⚡️

India's most-loved smartphone series is getting an upgrade unlike anything anyone's ever seen before! 👀

Are you ready to be blown away by the #10on10 experience? Heads up! 🔥 pic.twitter.com/vs9KGJAhOG

Not much is known about the two upcoming phones, but we are hearing chatter for a Snapdragon 732G-powered Redmi Note 10. It will most likely sport a 120Hz LCD display (an upgrade over the existing 60Hz panel), a 64MP quad-camera system, a 5,050mAh battery, and up to 6GB RAM and up to 128GB built-in storage.

The Redmi Note 10 Pro, on the other hand, is speculated to arrive with Snapdragon 750G 5G chipset under the hood. This means we can expect to see the first-ever 5G-enabled Redmi Note smartphone launch in India next month. Would you like it better if it arrives with the MediaTek Dimensity 800U chipset?

Moreover, a recent 91Mobiles report revealed the color variants for the Redmi Note 10 series models. The standard variant will include Gray, White, and Green color variants while the Pro variant will arrive in Bronze, Blue, and Gray colors. We currently have no information on the design of the devices, so stay tuned for more details.