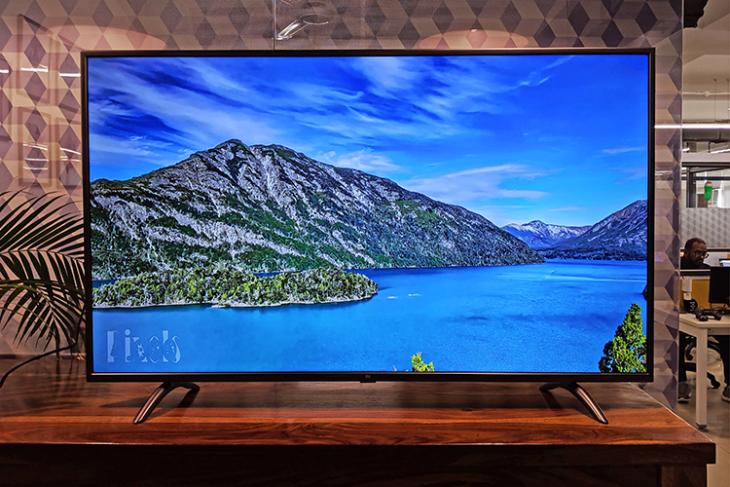 Xiaomi continues to hold the pole position in the Indian smart TV market with a 33 percent market share in Q3, 2019. According to the latest ‘Worldwide Quarterly Smart Home Device Tracker’ report from IDC, the Chinese company’s well-known Mi TV lineup saw a quarter-on-quarter (QoQ) growth of 46 percent and year-on-year (YoY) growth of 69 percent during the period.

According to the report, Xiaomi is followed by usual suspects, Samsung, LG, and Sony at numbers two, three and four with 14 percent, 13 percent, and 10 percent market shares respectively. Chinese brand TCL rounded out the top five with a 9 percent market share. This is the sixth consecutive quarter that Xiaomi has led the smart TV market in India. You can check out some key stats in Xiaomi India MD Manu Kumar Jain’s tweet below:

Commenting on the news, Raghu Reddy, Head of  Categories and Online Sales at Xiaomi India, said that the continuing success of the brand is a result of the company’s content-first approach and uniformity in user-experience. “Our TVs have always upheld the core philosophy of providing a content-first and consistent experience with a focus on India. Its PatchWall 2.0 provides over 7 lakh hours of content in 16+ languages, 18+ content partners, and live news”, he said.

According to Xiaomi, its Mi TV lineup is available across 70+ Mi Home Stores, 20+ Mi Studios, 2500+ Mi Stores, and several Mi Preferred Partner outlets around the country. Also, more than 85 percent of Mi TV models sold in India are made within the country, which will further be expanded by “bringing more component assembly to India,” said Xiaomi.

Xiaomi’s Mi TV is one of the most popular smart TV lineups in India and includes a large number of models, starting from 32-inches in size to a massive 65-inch model that the company launched earlier this year. The latest model added to the lineup is the Mi TV 4X 55-inch 2020 Edition that comes with a bunch of cool features and support for popular streaming services including Netflix, Prime Video and more.