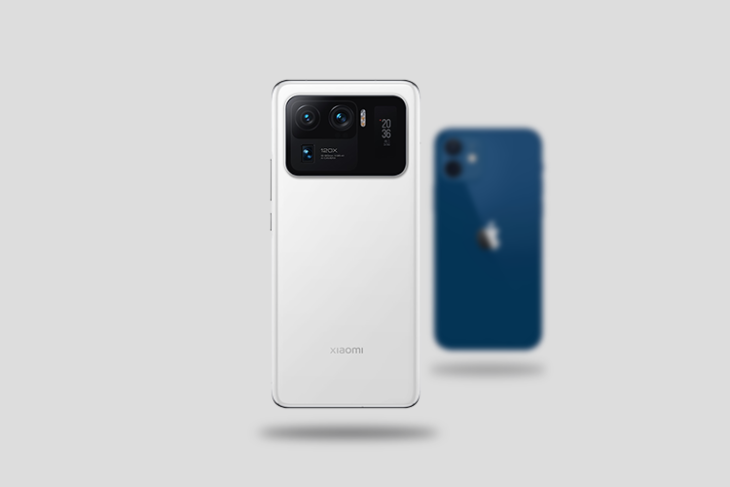 Xiaomi, the Chinese electronics giant, has surpassed Apple in terms of the number of smartphones shipped in the second quarter of 2021. This enabled Xiaomi to become the second-largest phone maker in the world for the first time. The company was able to garner a 17% share in the smartphone shipments during the second quarter, and it currently sits beneath Samsung, which continues to dominate the market with a 19% share.

As per a recent report by market research firm Canalys, the global smartphone shipments grew by 12% during the Q2 of 2021. While Samsung garnered the highest share in terms of the number of smartphones shipped globally, Xiaomi trumped Apple to become the second-largest smartphone vendor in the world.

According to the report, Apple captured a 14% market share during the second quarter of this year, with a meager growth rate of 1%. Xiaomi, on the other hand, surpassed the Cupertino giant by garnering 3% more market share (total 17%) and a massive growth rate of 83%.

The Chinese giant is rapidly growing its business around the world, as per Canalys Research Manager Ben Stanton. He says that Xiaomi’s shipments increased more than 300% in Latin America, 150% in Africa, and 50% in Western Europe during the period, with its budget lineups leading the charge. Furthermore, the company is investing a ton of resources to transform its business model. It has launched initiatives such as channel partner consolidation and careful management of older inventory in the open market.

Now, it is worth mentioning that the prices of the Xiaomi smartphones are much less than the prices of Samsung and Apple devices. So, as per Stanton, the company, going forward, will be focusing on selling its high-end devices such as the Mi 11 Ultra or the upcoming Mi 12 to grow the sales numbers.

However, Stanton notes that it will be tough for Xiaomi to do that as Oppo and Vivo, which sit in fourth and fifth place on the list respectively, are also aiming to increase their high-end device shipments. Moreover, both the BBK companies also had decent growth rates during Q2 2021.