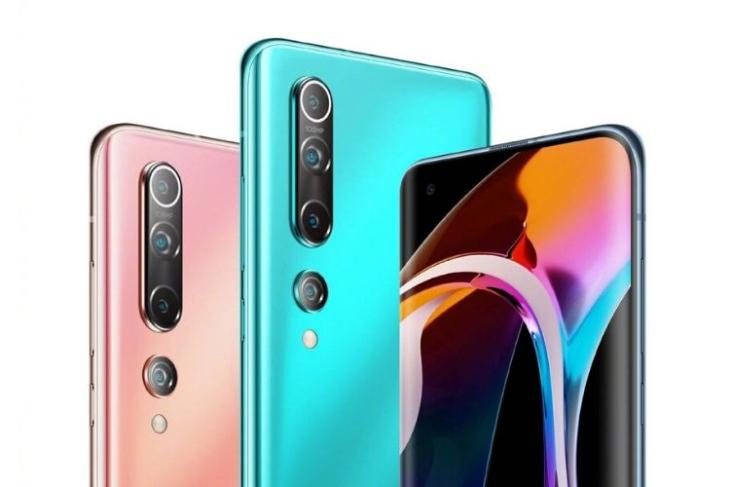 Xiaomi is all set to take on Samsung’s new Galaxy S20 series that was unveiled earlier this week. The company has officially taken the wraps off its new Mi 10 flagship series at an event in China today. Both the Mi 10 and Mi 10 Pro arrive with an AMOLED display with a punch-hole display, Snapdragon 865 chipset with 5G support, 108MP quad-cameras, and huge battery packs.

Let’s start off by talking about the design. One look at the Mi 10 is enough to tell you that it looks very much like the Mi Note 10 (also known as Mi CC9 Pro in China) — both on the front and back. You get a dual-curved display on the front (now with a punch-hole selfie camera) and a glass back with quad-rear cameras. 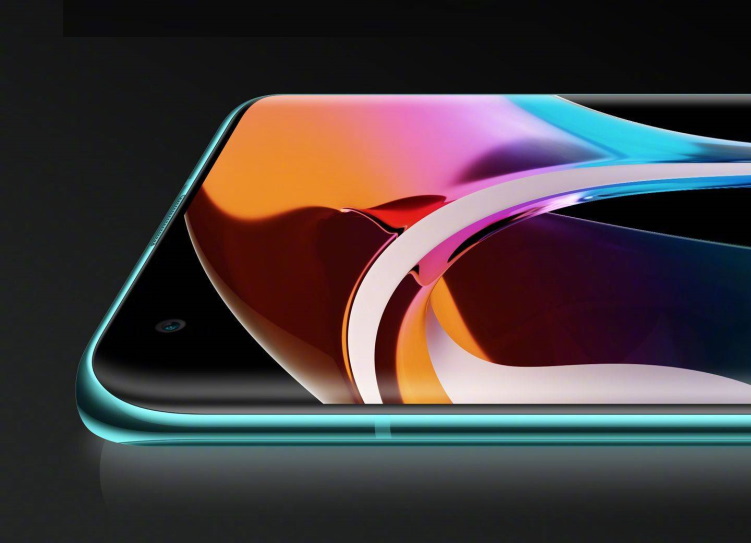 The Mi 10 features a 6.67-inch Full-HD+ AMOLED display with a 90Hz refresh rate and a punch-hole design. This is the first-ever Mi-branded smartphone to launch with a higher refresh rate. Redmi joined the high refresh rate club with the Redmi K30 earlier last year. 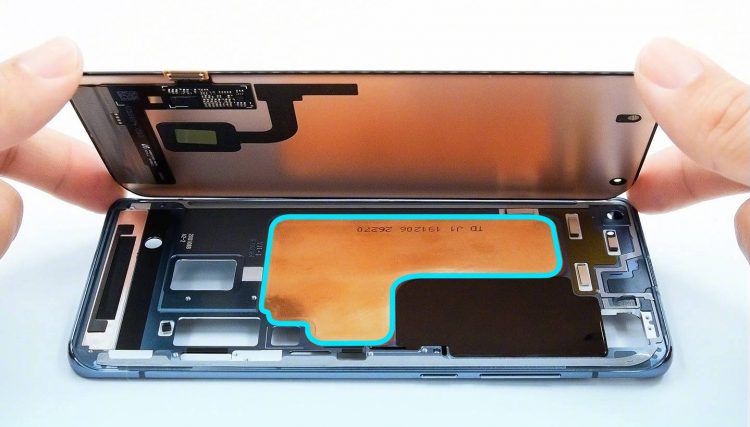 Under the hood, Mi 10 is backed by the latest Snapdragon 865 chipset from Qualcomm. You also have the Snapdragon X55 modem onboard for 5G connectivity (support both SA and NSA networks) and download speeds up to 2.92Gbps. This chipset is coupled with up to 12GB of LPDDR5 RAM and 256GB of UFS 3.0 storage. Xiaomi has, however, added into the mix Write Turbo to boost write speeds up to 733MB/s. The company has also baked a 3000 sq. mm. liquid cooling plate, vapor chamber, and multiple graphene sheets on the inside.

The smartphone runs Android 10-based MIUI 11 out-of-the-box, which means you will get access to features such as dark mode, font scaling, Mi Share (which works with Oppo, Realme, and Vivo phones as well), an improved file explorer, and more. Mi 10 upgrades to WiFI 6 to offer speeds up to 9.6Gbps as well. There’s also stereo speakers on board. You can see the two speaker holes at the top and bottom respectively. 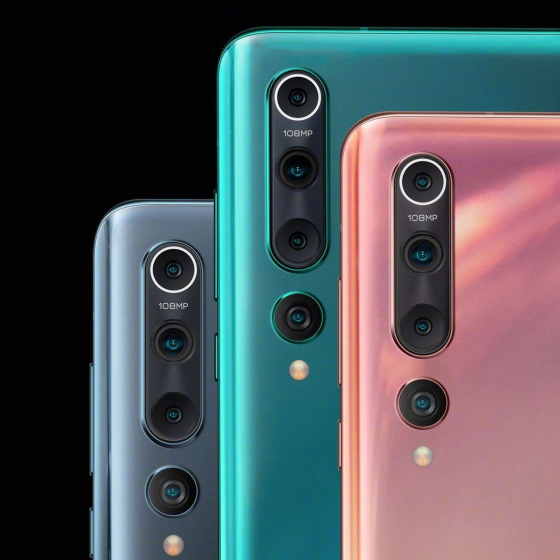 It supports 8K video recording at 24fps, OIS+EIS for super stabilized videos, RAW photo capture, and a ton of other features. There’s a 20MP selfie camera with 120fps slo-mo video recording support sitting in the punch-hole on the front.

The Mi 10 comes equipped with a 4,780mAh battery pack with a 30W fast-charging adapter in the box. Xiaomi says you can fully juice up the device in just 56 minutes. The device also supports 30W wireless charging and 10W reverse wireless charging, putting it up there against the best flagship smartphones.

Xiaomi hasn’t made a whole lot of changes in the Pro variant of the Mi 10. The design is exactly the same, along with the display and internal hardware. But, Xiaomi has slightly adjusted the display here to offer better colors. It added that the Just Noticeable Color Difference (JNCD) is less than 0.55 and 1200 nits of peak brightness for the Pro variant.

Mi 10 Pro also includes a quad-camera setup on the rear, but it’s considerably upgraded over the standard variant. It’s similar to the penta-camera Mi 10 Note that we tried out earlier last year. You get a 108MP (f/1.69) Samsung Bright HMX  primary camera with an 8P lens, paired with a 20MP (f/2.2) ultra-wide-angle camera, a 12MP telephoto camera with 2x optical zoom, and an 8MP (f/2.0) super-telephoto camera with 5x optical zoom. 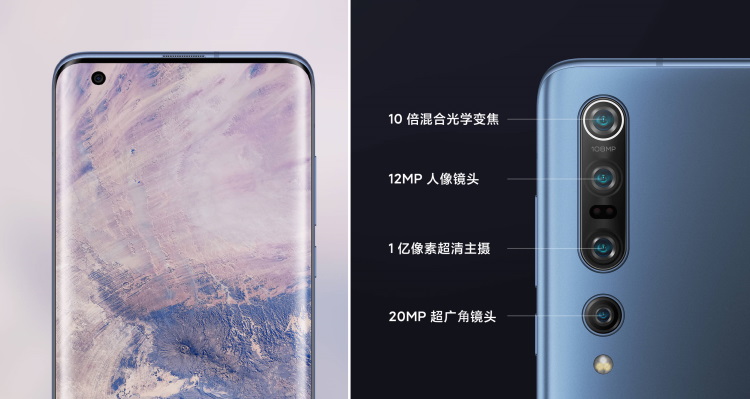 This camera system also enables the company to offer 10x hybrid optical zoom and 50x digital zoom on the Mi 10 Pro. You get an AI Pixel camera with an improved color palette and other features including Super Night mode, smooth zooming in videos, movie mode, and more. Mi 10 Pro offers you one of the most versatile cameras, the same as the new Galaxy 20 lineup.

Mi 10 Pro comes equipped with a 4,500mAh battery pack, which may be smaller than the Mi 10’s but Xiaomi has you covered. You get 50W wired charging with the Mi 10 Pro, same wattage as the SuperVOOC fast-charging on Realme and Oppo phones. 30W fast wireless charging and 10W reverse wireless charging support is present onboard here. The rest of the specifications remain the same as the non-Pro variant.

Mi 10 will be available in 3 attractive colors (translated from Chinese to English) namely Titanium Silver Black, Ice Blue, and Peach Gold. The Mi 10 Pro, on the other hand, will come in two color variants namely Pear White and Starry Blue. 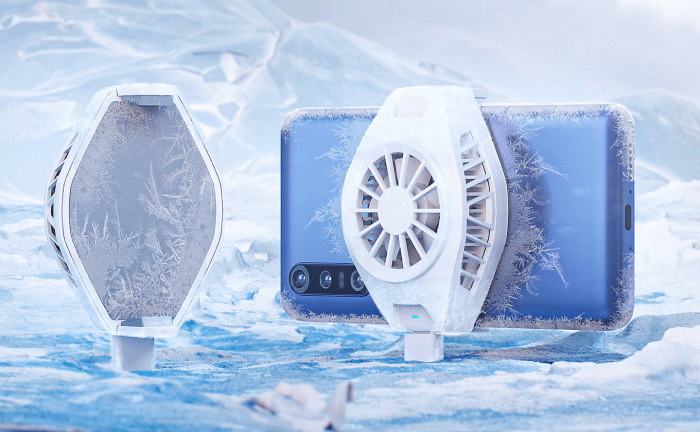 Alongside the Mi 10 and Mi 10 Pro, Xiaomi also unveiled a bunch of companion accessories including a snap-on air cooler (129 yuan) that should reduce the temperature by up to 10-degrees, a wireless charger+speaker combo (249 yuan), and 30W wireless charging stand (199 yuan) in China.

Xiaomi recently revealed that it will be perking up the Mi brand presence in India over the coming months, so get ready to see the Mi 10 and Mi 10 Pro (or only one of these models) to launch in the country very soon. Are you excited for Mi flagships in India? Let us know your thoughts in the comments below.