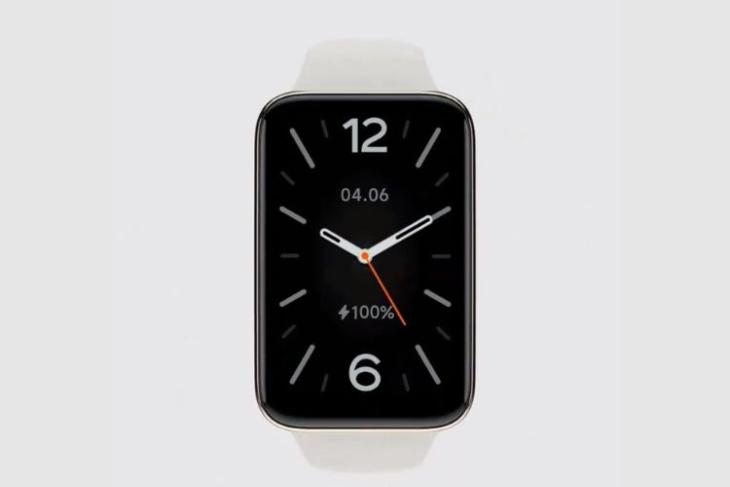 After launching the Mi Band 7 in China and the global market earlier this year, reports suggested that Xiaomi was preparing to launch a Pro version of its latest wearable. Now, the Chinese giant has confirmed that the Mi Band 7 Pro is launching on July 4, alongside the Xiaomi 12S series. Check out the details right now!

Xiaomi recently took to its official Weibo handle to announce the launch of the Mi Band 7 Pro in China, which is going to take place on July 4 at 7 PM local time (4:30 PM IST). The company also shared a short video, showcasing its upcoming wearable in all its glory.

The device will come as another variant of the standard Mi Band 7 and will sport a more smartwatch-like design rather than a fitness-band-style form factor. You can check out the video on Weibo from right here and check out Xiaomi’s announcement in the image attached below.

The Mi Band 7 Pro has a wider display similar to the Redmi Band Pro and resembles the Huawei Band 6 as well. It looks premium and polished. Xiaomi showed the wearable in a white color variant, though a black one is also expected to tag along.

Other than the design, however, Xiaomi has not yet revealed any details regarding the specs and features of its upcoming Mi Band 7 Pro. Nonetheless, if the rumors are to be believed, the Band 7 Pro could come with built-in GPS support, NFC, advanced health and fitness features, and a 232mAh battery.

As for the price, nothing has been confirmed by Xiaomi as of now. A recent leak, on the other hand, suggests that Xiaomi could launch the Mi Band 7 Pro at a price of CNY 399 (~Rs 4,704) in China. So, if you are interested to know more about the upcoming Mi Band 7 Pro, stay tuned for the event on July 4 and keep an eye on our platform for further updates. Also, let us know your thoughts on the upcoming device in the comments below.