Realme recently started rolling out its brand new, Android 10 based skin, Realme UI, to a couple of its smartphones and I’ve been testing it out for the last few days. Among the many impressive and cool new Realme UI features that I have discovered so far, including the ability to take partial screenshots, and screen record with internal audio, one that I’m very excited about is that the new Realme Share now works with Xiaomi, Oppo, and Vivo devices as well, which brings the feature closer to being an AirDrop alternative than anything else so far. Obviously, this raises the question of just how fast Realme Share is, and if you’re wondering the same thing, we have compared Realme Share vs other popular file transfer apps and services to see just how fast these systems are.

To test the speed without really getting too into the nitty gritty, I decided on sharing a 3GB video file using all of these file sharing methods. We noted the time taken to send the file completely and calculated the transfer speeds. Simple.

For testing Realme’s new Realme Share, I sent the same 3GB file from the Realme XT to the Realme X2 Pro, the Oppo Reno2, and the Poco F1 to see if there was any difference in speeds between the file-sharing systems from these different brands. After all, they did form an alliance to enable this sharing, so I was curious about the performance we can expect here. The results are kind of surprising, so read on.

For Xender, ShareIt, and Files by Google, I transferred the same 3GB video file from the Realme XT to the Realme X2 Pro, and guess who won?

Here’s what I observed.

When using Realme Share, the speeds were pretty great between the two Realme devices running on Realme UI. The transfer took 4 minutes and 38 seconds, which means the file was transferred at an average speed of 11.05 MB/s.

Transferring the same file between the Realme XT and the Oppo Reno2 was surprisingly slow, taking 6 whole minutes to transfer, getting an average speed of 8.53 MB/s.

Surprisingly, the transfer was fastest between the Realme XT and the Poco F1, taking 3 minutes and 30 seconds, with an average speed of 14.62 MB/s.

Next, I transferred the same 3GB file from the Realme XT to the Realme X2 Pro using Xender. The app was surprisingly slow to transfer, taking 7 minutes and 9 seconds to send the file over, with an average transfer speed of just around 7.16 MB/s. That’s over a minute longer than the slowest transfer that Realme Share got.

ShareIt’s performance was even worse when transferring the file. The app took close to 9 minutes to finish the transfer at an average speed of 5.78 MB/s. That’s ridiculously slow as compared to the speeds achieved by other file sharing methods.

Lastly, I tested out Files by Google — my personal favorite method to share files between Android devices without too much hassle. I was expecting the performance here to be somewhere around what I got with Xender, or maybe slightly higher, but surprisingly, Files by Google turned out to be the fastest transfer method so far, transferring the entire 3GB file in just 2 minutes and 36 seconds with an average speed of 19.69 MB/s.

I’ve always thought of AirDrop as a handy tool when in a pinch, but it somehow always seemed slow to me. At least until I tested the speeds that other services were getting. Like I mentioned above, I tested AirDrop between a smartphone and a laptop, and between two smartphones, and here are the results.

When transferring the 3GB video from my iPhone XR to the MacBook Pro, the transfer took just 85 seconds to complete. That’s an average transfer speed of 36.14 MB/s. Almost twice the highest speeds I got with any other service I tested.

I also tested sending the same video file from the iPhone 11 to the iPhone XR, and the transfer took 99 seconds, which is definitely slower, but it’s still an average speed of 31.03 MB/s, which is insanely good.

Realme Share vs Xender vs ShareIt vs Files by Google vs AirDrop: Winner

At the end of the day, AirDrop is definitely the winner when it comes to simple speed tests. On top of that, AirDrop uses TLS encryption to send files between the two devices, and what’s even cooler is that when you’re using AirDrop, the WiFi radios in your Apple devices talk directly to each other without connecting to another network, which is just awesome.

That said, AirDrop does have a drawback in the sense that it’s not available to anyone not in the Apple ecosystem. That’s why we need companies like Realme, Xiaomi, Oppo, and Vivo to collaborate and bring these features to Android users as well, and so far from what I have seen, Realme Share, Mi Share, and Oppo Share are working pretty well. True, the speeds aren’t as fast as AirDrop, but they are definitely good enough, and if you’re simply trying to share pictures, or a couple of songs with your friend, those speeds should pretty much suffice.

However, that’s just a few companies, the biggest issue with implementing a feature such as this one is that there are simply too many Android smartphone makers. I don’t see a future where companies like Samsung, OnePlus, and Huawei will collaborate with others to bring such interoperable sharing features. That can only happen if that functionality gets baked into stock Android by Google. Recent reports do suggest that Google is working on bringing a Nearby Share feature to stock Android with Android 11, and I really hope they do.

What do you think? Do you wish for these wireless sharing features to be natively built in to Android? Let me know in the comments down below. 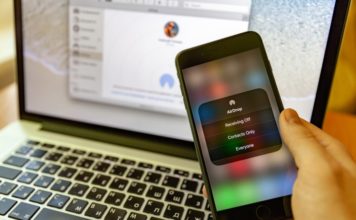 Apple's AirDrop is one of the most popular and fastest file-transfer functionalities that lets iOS, iPadOS, and macOS users seamlessly transfer files and data...
Beebom Staff - Apr 26, 2021 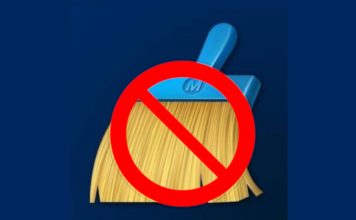 Recently, we published our first impressions on the Poco M2 Pro and found that Xiaomi is still integrating the dodgy Clean Master app on...
Arjun Sha - Jul 14, 2020 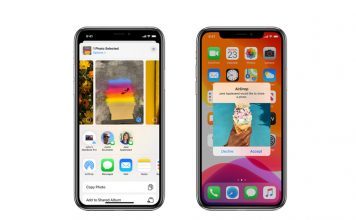 Apple's wireless file transfer system, AirDrop is pretty handy. In fact, it has inspired Android to build its own Nearby Share feature as well....
Akshay Gangwar - Jul 1, 2020 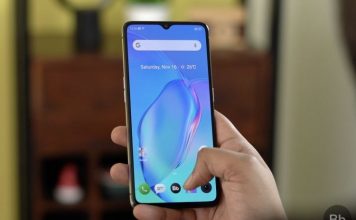 After announcing a Realme UI Early Access program for the Realme X2 and X2 Pro last week and rolling out the Android 10-based Realme...
Kishalaya Kundu - Mar 12, 2020 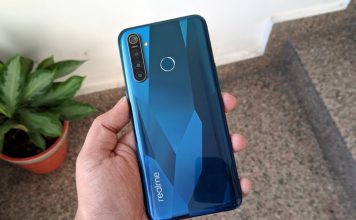 Realme has started rolling out the Android 10 update to a couple of its recent releases - the Realme 5 Pro and the Realme...
Kishalaya Kundu - Feb 28, 2020