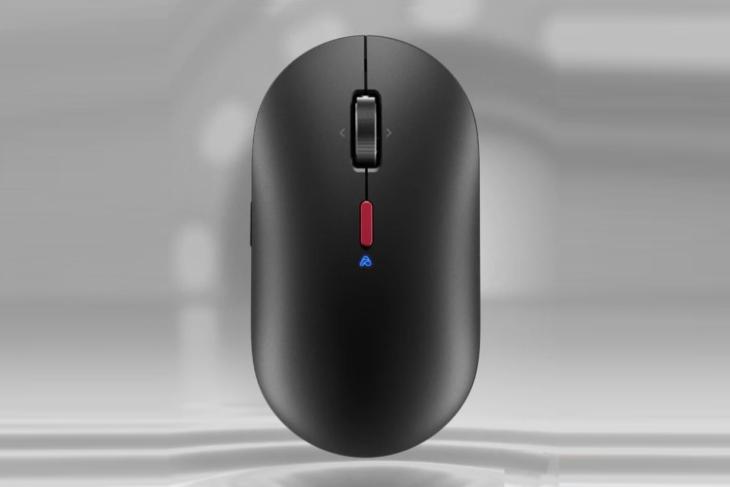 Xiaomi has launched a new ‘smart’ mouse via its crowdfunding platform in China. It’s the first smart mouse in the company’s portfolio, which already includes a few mice. Called the XiaoAI Mouse, the device supports the company’s Ai voice assistant, Xiao AI. The mouse comes with a price-tag of 149 yuan (~Rs. 1,600) but is being offered for 129 yuan (~Rs. 1,400) during the crowdfunding period.

In terms of design, the XiaoAI Mouse looks largely similar to the Mi Wireless Mouse the company had launched earlier. However, it does have an additional button (the red one underneath the middle mouse button) that can be long-pressed to trigger the voice assistant. There’s a hidden microphone baked into the mouse.

What does the voice assistant do though? Answer queries? Does the mouse come with a speaker baked in? Well, here’s the answer.

In terms of smart features, the device supports several voice commands. For example, the command ‘Open Word’ would enable the device to open the computer’s default word processor. Similarly, the voice command ‘Computer Shutdown’ will initiate the shutdown process. In addition, the mouse also supports voice inputs as an accessibility feature. It also offers voice translation from Chinese to English, Japanese and Korean.

The mouse offers dual connectivity mode, meaning, it can be connected to PCs either via Bluetooth 5.0 or USB Type-C. The XiaoAI Mouse sports a 750mAh battery. The company claims it can offer 30 days of usage and 180 days of standby time on a single charge. The mouse has a high-precision sensor of 4,000DPI. It also works on translucent surfaces, including crystals, comes with an antibacterial casing, and metal roller.

Interestingly, it can also be connected to two computers at the same time. Users can hold down the left and right keys simultaneously for about three seconds to switch between computers, the company said. It will be interesting to see if Xiaomi brings its computer peripherals to India, now that it has launched its Mi Notebook 14 lineup in the country.