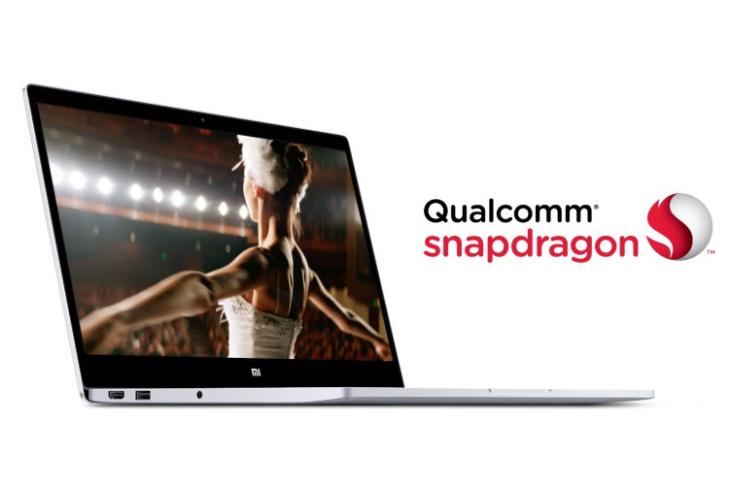 Microsoft and Qualcomm recently showed off the first-ever Snapdragon-powered Windows laptops as part of the “Always Connected” initiative. While HP and Asus unveiled their own Snapdragon 835-based offerings, launching in the first quarter of 2018, fresh reports now suggest that Xiaomi is also joining Redmond’s ARM-focused initiative as an early adopter.

Chinese hardware maker Xiaomi is well-known for its attractive smartphone offerings, but the company also stepped foot into the laptop market earlier in 2016. It launched the Mi Notebook Air with sixth-gen Intel Core processors and offered two different screen sizes.

The same was refreshed with new seventh-gen processors and a larger 15.6-inch display, along with a 4G-compatible variant earlier in 2017. This shows the company’s increasing interest in computers, which would’ve pushed them to test out ARM-based computers to provide consumers with a lighter design and longer battery life.

If you’re unaware, this is a complete change of plans when compared to Xiaomi’s previous laptop offerings. The Intel Core and Qualcomm Snapdragon processors are based on two very different architecture and technologies, namely x86 and ARM respectively. Xiaomi is looking to dabble in the latter space, which would be very similar to building smartphones, just in a larger and more robust form factor. Xiaomi will most likely launch its Snapdragon laptops at a budget to better compete against the hoard of manufacturers who’ve signed up for the program.

The ARM processors have long been used in smartphones but Windows 10 S, Microsoft’s lightweight Windows 10 iteration, is capable of running smoothly on the same. Redmond has decided to take another stab at ARM architecture via its collaboration with Qualcomm. It plans to attract users with smaller form factors, processing power equal to low-end Intel chipsets, a long-lasting battery, and cellular connectivity.

In addition to Xiaomi, the report suggests that Samsung has also joined Microsoft’s ARM-focused ambitions and will come out with their Snapdragon 845-powered laptop next year. This means we’ll be witnessing an influx of Snapdragon-powered laptops over the coming months. We’ve already been acquainted with Asus NovaGo and HP Envy X2, two Snapdragon 835-powered laptops that cost around $700 and provide you a 20-hour battery life. So, would you be interested in buying a Snapdragon-powered Xiaomi laptop running Windows 10 S? Let us know your opinion in the comments down below.