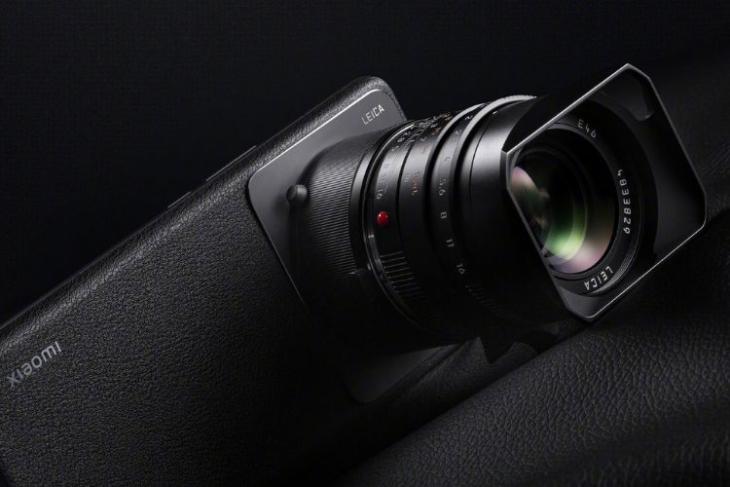 Xiaomi 12S Ultra can be safely considered a pretty advanced camera phone with a 1-inch sensor and Leica branding. To further enhance mobile photography and make it on par with what DSLRs do, Xiaomi has introduced the Xiaomi 12S Ultra concept phone, which was being worked on before the original phone became official back in July. The phone comes with two 1-inch sensors and the ability to attach a Leica lens.

Xiaomi has released a teaser video for the Xiaomi 12S Ultra Concept on Weibo. The video showcases the device in full glory, highlighting its capabilities.

The smartphone comes with the same huge circular rear camera hump with another 1-inch sensor possibly the Sony IMX989 one in the middle. This is accompanied by the 1-inch Sony IMX7989 sensor available on the OG model, a 48MP ultra-wide lens, and a 48MP periscope-cum-telephoto lens.

The new lens, which can now take light directly for sharper and more detailed images, allows for lens mounting with the help of a camera ring. It is covered with a layer of Sapphire glass for protection against daily wear and tears, especially when the lens is mounted/unmounted.

The sensor specifically supports the Leica M lens, which is compact in nature. The process of attaching one is also simple; just twist and click. The sensor will also support 10-bit RAW images. Xiaomi says that the concept is aimed at improving the camera capabilities of a smartphone while making it portable.

Of course, attaching a lens to a smartphone is not something no one thought about. The Moto Z lineup supported attachable Hasselblad-branded lenses and even the Panasonic CM1 followed the same concept. For Xiaomi, it’s an extension of its partnership with Leica, reimagining phones with detachable lenses. While this may not be the present, it could certainly be the future to stay.

We are not sure if Xiaomi plans to release the Xiaomi 12S Ultra Concept for the general audience. It might stay a concept too, but who knows! We shall update you with more information whenever we get some. Until then, do tell us how you feel about the new concept phone by Xiaomi in the comments below.