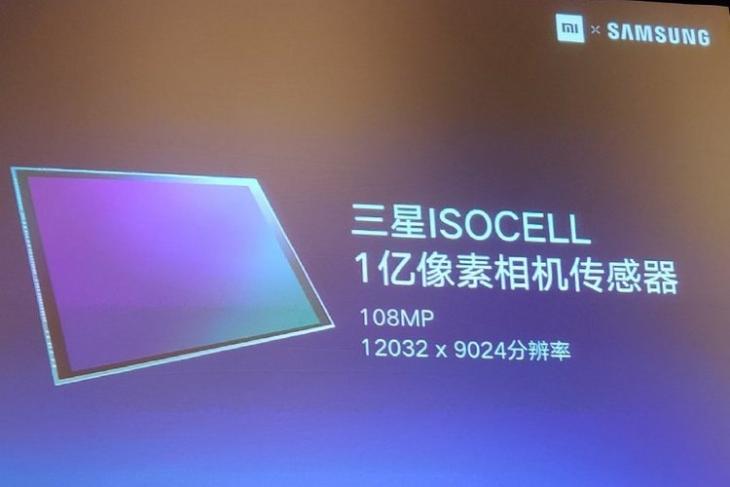 Xiaomi is reportedly working on a new smartphone with a brand new 108MP ISOCELL CMOS image sensor from Samsung. According to a tweet from the generally reliable tipster, Ice Universe (@Universeice), the first device to sport the new sensor will be the Mi MIX 4, which is slated to be released later this year.

As can be seen from the image above, the sensor will apparently support mind-boggling resolutions of up to 12032 x 9024 pixels for ultra high-res mobile photography. In comparison, the 64MP ISOCELL Bright GW1 sensor from Samsung will ‘only’ support resolutions of up to 9248 × 6936 pixels. Further details about the 108MP chip are still unknown, but we’ll hopefully get more info in the days ahead.

The latest development comes right in the midst of an already escalating megapixel war among phone-makers and image sensor vendors, all of whom are competing with each other to offer products that can cut through the clutter in an increasingly competitive global smartphone market. Earlier today, Xiaomi detailed its plans for a new Redmi device with Samsung’s aforementioned 64MP sensor that is also expected to find its way to a new Realme phone sooner rather than later.

It is worth noting, though, that the CEO of Zeiss Group, Dr. Michael Kaschke, recently dismissed even 64MP sensors as ‘overkill’ for modern smartphones, so it will be interesting to see if the upcoming technology will be able to offer any real-life advantage over existing solutions, or, like many other ‘features’ advertised by smartphone makers, will be an unnecessary excess with no tangible benefits.