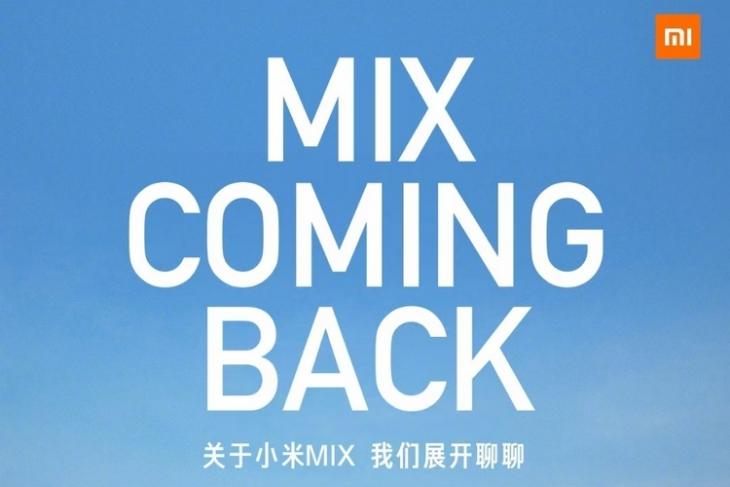 Having announced a global event for March 29, Xiaomi continues to drop teasers for the products the company is planning to launch at the event. Apart from the Mi 11 Pro and Ultra, the Chinese giant has confirmed that it will also unveil a new device under its Mi Mix lineup.

Xiaomi took to Weibo to announce the upcoming Mi Mix smartphone. The teaser has the text ‘Mix Coming Back’ along with the launch date. Take a look at the poster below:

Xiaomi is hyping up the camera of the upcoming Mi Mix phone. According to the company, the camera system will feature liquid lens technology.

The lens is said to result in a more compact telephoto camera that is also capable of taking macro shots, thereby eliminating the need for a separate macro camera. Also, Xiaomi claims that utilizing a liquid lens will offer faster and more accurate focus. Take a look at a teaser video, attached below:

Apart from this camera tidbit, Xiaomi has not teased the key specifications of the device just yet. There are rumors that the device in question could be the company’s first commercial foldable phone. Xiaomi teased its foldable phone back in 2019 and we’ve seen multiple leaks about it since then. In fact, recently some leaked foldable phone prototypes with Mi Mix branding were making the rounds of the internet.

Going by the fact that Xiaomi has not launched new phones in the Mi Mix lineup after the Mix 3 (excluding the Mi Mix Alpha), it’s possible that the device could be marketed as the long-rumored Mix 4. One possible name that’s popped up online over the past few weeks is Mi Mix 4 Pro Max.

Fortunately, the wait to learn the specifics won’t be long as the launch event is just a few days away. Stay tuned for more details.