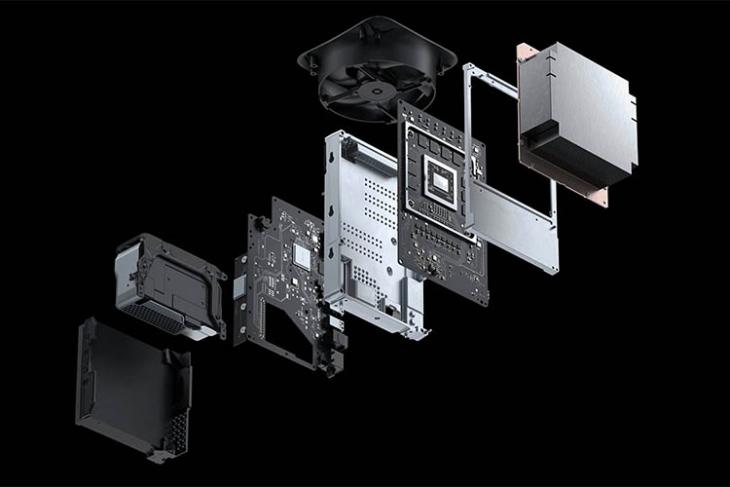 Microsoft has today released the complete spec-sheet for its upcoming Xbox Series X console that the company has been touting to be one of the most powerful gaming consoles that it has ever built, and it definitely does look powerful.

The Redmond giant has confirmed that the upcoming console will come with a custom AMD CPU built on the 7nm Enhanced node with Zen 2 architecture. This will be paired with a custom GPU that boasts of a whopping 12TFLOPS of processing power.

It’s also interesting to note that Microsoft has finally revealed the ports on the back of the Xbox Series X and that weird SD Card-like cutout is apparently an expansion slot. According to Microsoft this slot will use a “Xbox Series X Storage Expansion Card” that’s custom built in partnership with Seagate and will, claims Microsoft, offer similar speeds that the internal 1TB NVMe SSD will offer on the console.

While that does sound like a way to sell more expensive hardware to consumers for expanding storage, I’m willing to give Microsoft the benefit of the doubt because the Xbox Series X will still support regular USB 3.2 based External HDDs for storage expansion as well, except that they will naturally be slower than NVMe SSDs. That’s good on Microsoft’s part.

Here’s the spec-sheet for the upcoming Xbox Series X

The complete blog post from Microsoft dives well into all the details about the upcoming console and its features such as ray-tracing support, backward compatibility, variable rate shading, and more. So if you’re looking to delve deep into what the upcoming Xbox Series X will bring, you should read the blog post.