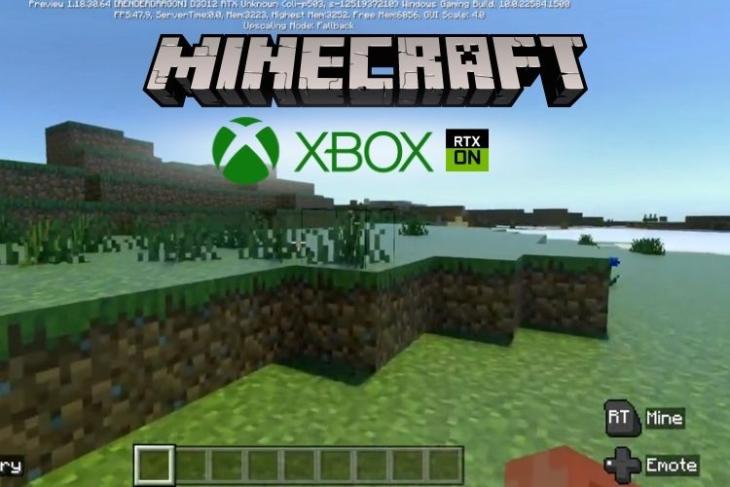 One upper hand that PC gamers have always had over console gamers is the graphics. Thanks to RTX support and ever upgradeable GPUs, they always seem to be a step ahead of even the latest consoles. But all of that’s about to change, and surprisingly, Minecraft is leading the way. The news is even more surprising to Minecraft Java players as they can’t use RTX, even on their PC, due to certain restrictions. If you aren’t familiar, ray tracing is a graphical rendering technique that imitates real-world lighting effects. It works by mapping the path of light rays and emulating its interaction in a physical world. So, if you are a Minecraft player, as soon as today you can use ray tracing on Xbox.

How to Use Ray Tracing in Minecraft on Xbox

At the moment, the only way to use ray-tracing on Xbox is by turning it on within Minecraft’s video settings. The new addition was first captured alongside a glimpse of Xbox’s ray-tracing capabilities by Tom Warren, a senior editor at The Verge.

As you can notice in the tweeted video, this feature is only available on Minecraft 1.18.30.64 and that too on build 10.0.22584.1500. But there is no mention of the ray-tracing feature in the update’s official release notes. Moreover, at the moment, only a few players can find it in the Microsoft store. If you are unable to find the ray-tracing option in your video settings, it should be available within a few weeks. Plus, if you are curious about how the graphics look after enabling ray tracing, watch the video in the tweet above.

Which Xbox Consoles are Getting Ray Tracing Support?

Both the latest Xbox Series X and Xbox Series S are expected to get the ray-tracing features. However, neither Microsoft nor Mojang has made any official statement confirming the same. If the feature continues to reach more players in the upcoming days, we can expect support for other games soon.

But don’t get your hopes too high as Minecraft uses Windows’s UWP or Universal Windows Platform to run itself on Xbox. That isn’t the case for most other Xbox games. So, we can get a preview of ray tracing on Xbox via Minecraft. Nevertheless, we might still be far from it reaching the other games. Does your Minecraft Preview include the ray-tracing option for you? Tell us in the comments!

How to Make a Sculk Farm in Minecraft 1.19

How to Tame and Breed Frogs in Minecraft 1.19

How to Make a Froglight in Minecraft 1.19

What Do Frogs Eat in Minecraft – Explained!