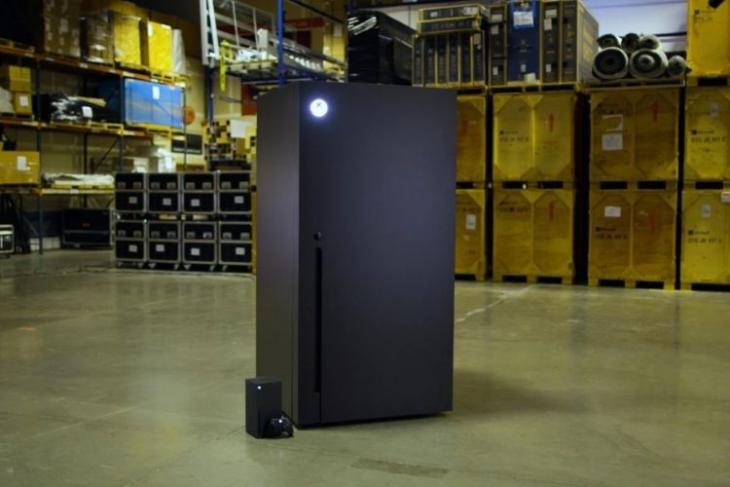 To help Xbox defeat Skittles in the final round of Twitter’s inaugural #BestOfTweets Brand Bracket, Xbox Marketing Head Aaron Greenberg promised that Microsoft would make Xbox Series X mini fridges if Xbox wins of course. Skittles, on the other hand, promised to bring back their very beloved lime flavor if they win.

Well, it seems people are more interested in mini fridges with an Xbox design as it has indeed defeated Skittles with 50.5 percent of votes. Following the results, Greenberg confirmed that the company will indeed release Xbox Series X Mini Fridges. In his tweet (attached below), Greenberg wrote, “we will move forward on our promise to make those Xbox Series X Mini Fridges.”

Thanks to everyone who voted, this was down to the wire and thrilling to follow. Now that @Xbox won, we will move forward on our promise to make those Xbox Series X Mini Fridges. First one off the line will be filled with games & headed to our friends @Skittles of course! 💚🌈 https://t.co/xeeN8yLGV8

He also mentioned that the first ones off the line will be filled with games. Moreover, the first batch will go to none other than their fellow opponent Skittles! Now, you might think that all of this is just a part of a well thought April fool’s prank. And if so, then you are not the only one.

However, Aaron Greenberg mentioned very clearly in his first tweet that the mini fridge promise was “not an April Fools joke” and “not clickbait” at all. So, we think he is being serious and I hope he is. I personally love the concept and I am all for it!

Greenberg has not talked about how many Xbox Series X mini fridges the company intends to make. In fact, we hardly know anything about it, as of now. We might not be able to buy one, or maybe we will. Anyhow, we will surely stay tuned for more updates on the project.