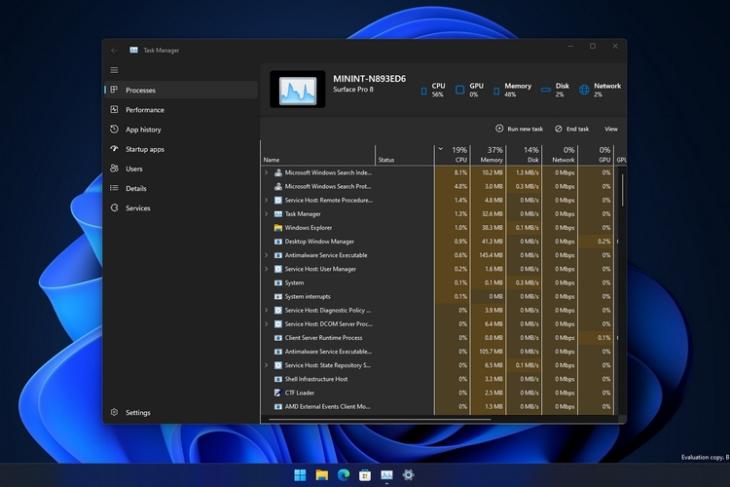 Microsoft has been working on modernizing the system apps with Windows 11. Ever since Windows 11’s first public release last October, Microsoft has tested a new media player, a redesigned Notepad app, and even went on to redesign the ancient volume slider. In the latest Insider build, the company was spotted testing a redesigned Task Manager with Fluent Design and dark mode.

Developer Gustave Monce, popularly known for running Windows 10X and Windows 11 on Lumia devices, spotted the upcoming Task manager redesign in Insider build 22538 and shared it on Discord. Through this redesign, Microsoft has replaced the existing Task Manager tabs with a sidebar to switch between various sections.

Take a look at the gallery below for more UI elements of the Task Manager:

Having said that, we won’t recommend you to enable it right now. That’s because the new Task Manager is a work in progress and the “Performance” tab crashes at the moment. We will have to wait until Microsoft fixes the bugs and releases the new Task Manager to Insider builds, and eventually to the stable channel.