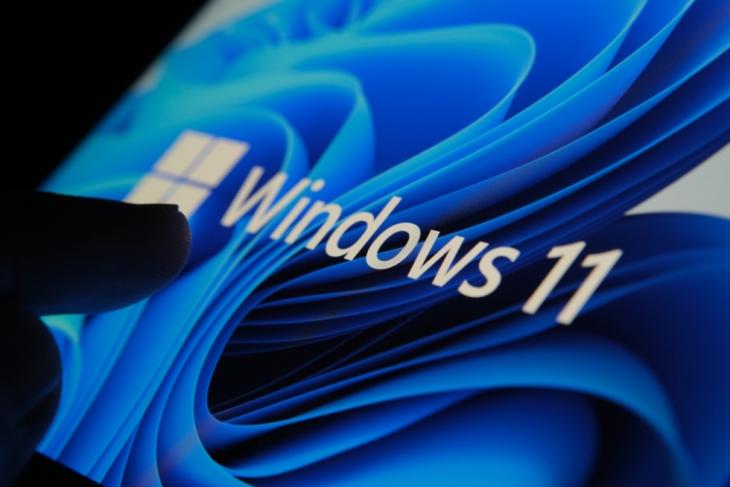 Microsoft has released the new Windows 11 Insider Preview build #22533 for the Dev Channel with a slew of changes for its latest desktop operating system. Firstly, the old volume and brightness indicators have been updated to match the whole Windows 11 aesthetics. Also, we get many minor updates and bug fixes in this build. Here’s a look at what all is new.

The Flyout design for volume, brightness, camera privacy, camera on/ off, and airplane mode has been changed, and will now appear at the bottom right above the taskbar. This will appear when the volume and brightness keys on the keyboard are pressed. This will prove to be a major change for the volume indicator, which currently appears as a black pop-up on the top left side. Here’s a first look at how the new Windows 11 volume indicator looks like now:

Another change will be a new caller UI in the Your Phone app. During an ongoing call, the app will now include icons, fonts, and other UI changes that will also “align with the design of Windows 11.“

Users can now search for voice access from the Windows 11 taskbar and pin voice access to the taskbar or Start menu. Moreover, Microsoft is expanding the rollout of 13 touch keyboard themes to IMEs, the emoji panel, and voice typing, and will also show “Installed Apps” when the Start menu is right-clicked or “WIN+X” is pressed. This will be shown instead of the previous “Apps & Features” option. Lastly, users will now get the option to uninstall the Clock app, if needed.

The new Windows 11 dev build also includes fixes for a number of Taskbar, Settings, and General issues. You can read more about the new features and improvements by heading over to the official blog post here.

This comes after Microsoft released the Windows 11 Insider Preview build 22526, as the first update of 2022, which introduced file search improvements, better call and audio quality for AirPods, and more.

These new Windows 11 changes have started rolling out to users who have access to the Dev Channel. These features will reach the general audience with the next major update later this year. What do you think about the new volume indicator in Windows 11? Let us know your thoughts in the comments below!