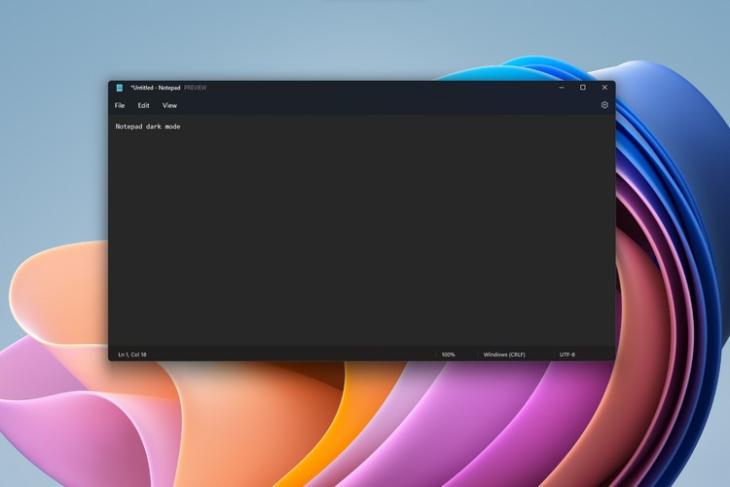 With the latest Windows 11, Microsoft has upgraded several system apps like Photos, Paint, and more for them to get modern features, even dark mode. Now, Microsoft is testing a redesign of its noteworthy Notepad app in Windows 11 Insider with new features, dark mode, and many other refinements.

As revealed via the Windows Insider Blog, that the new Notepad app brings support for dark mode, its theme-adopting Mica material, and a new right-click menu as part of the visual updates. While the functional aspects aren’t seeing major changes, there are a few minor yet notable updates that will make the Notepad app in Windows 11 much more modern and easy-to-use.

For starters, Microsoft has combined the text search tool and the find and replace tool in Notepad to make it a singular window. In the current version of the app, the text search and the find and replace tools appear as different pop-up windows and are bonded with different keyboard shortcuts. This redesign is expected to make the app more user-friendly.

Notepad also gets the new multi-step undo. It replaces the current undo system, which allows users to undo only once and lets users undo multiple times. Although it is still not on par with other high-end text editors, it is surely a welcome update.

As for the availability of the new, redesigned Notepad app, it is currently rolling out to Windows 11 Insiders in the Dev Channel as part of the Windows 11 Preview build 22509. However, if you don’t see the new Notepad on your Windows 11 test build, you might want to check the Microsoft Store for an update of the app. Public users will likely need to wait for the next cumulative update for Windows 11 to get the redesigned Notepad.

To recall, Microsoft’s Windows 11 build 22509 has also seen a number of changes, which include the ability to easily set default browser apps, a new taskbar, Start menu improvements, among others.