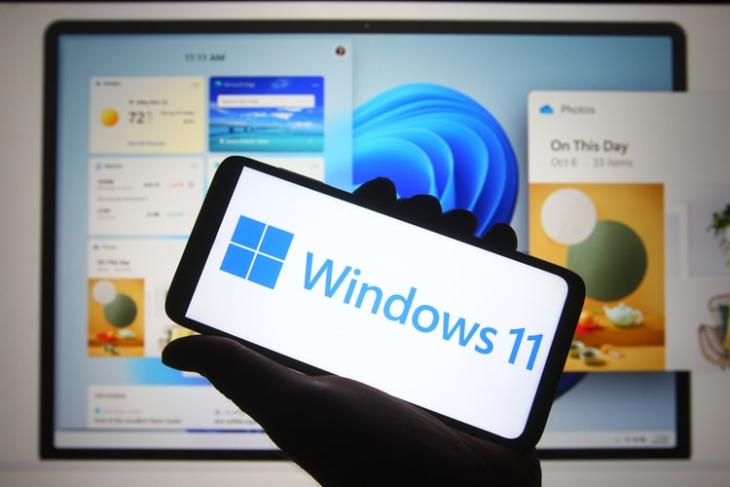 After much anticipation, Microsoft unveiled Windows 11 last month. Although it is not available for general users, the company has released the first Windows 11 preview build for Insiders. So now, developers and software enthusiasts have already started porting the next-gen Windows OS on devices such as OnePlus smartphones, Raspberry Pi 4, and Lumia phones.

For the unaware, along with the x64 build, Microsoft has also released an ARM64 build of the Windows 11 developer preview for Windows on ARM devices, including the Surface Pro X. The latter is essentially meant for devices running on Qualcomm processors.

So, following the release of the Windows 11 developer preview, Redditor u/theSPEEDCAT was able to run it on a 4GB Raspberry Pi 4. You can check out some of the screenshots shared by the Redditor right below.

Now, to boot the new Windows version on such a device, the Redditor downloaded the ARM64 build of Windows 11 and flashed the ISO onto an SD card. Moreover, as per the Redditor, the performance of Windows 11 was better than its predecessor running on the same hardware.

Following this, we even saw a YouTuber named Gustave Monce run Windows 11 on a Lumia 950 XL. This is the same guy who was able to run Windows 10X on the said device earlier this year when a leaked version of Windows 10X was circulating online.

However, as we know, Microsoft has already canceled Windows 10X and brought many of its elements to the latest Windows release. So, it is not that surprising that the Lumia 950 XL was able to run the latest Windows version smoothly. You can check out Monce’s video attached right below.

After these sightings, a few developers relating to Project Renegade, a team that ports EDK2 to various platforms, recently shared a video in which we can see a OnePlus 6T running the ARM64 build of Windows 11. Shared by YouTuber edi194, the video showcases the new OS being installed on a OnePlus 6T device that was already running Windows 10 on ARM.

The YouTuber then goes to flash the current preview build of Windows 11 on ARM on the OnePlus device. Although the installation process takes a while, the OnePlus 6T was able to run the latest Windows version eventually.

However, as reported by the user, there are some functionalities like Bluetooth, Wi-Fi, and audio over speaker that do not seem to work on the OnePlus 6T running Windows on ARM. The touchscreen, USB, and GPU of the device, on the other hand, were working fine. You can check out the video attached right below.

Moreover, the team has put together a spreadsheet of all the games that the OnePlus 6/ 6T was able to run during the testing period. This includes games like SimCity 5, Need for Speed: Most Wanted, CS: GO, Minecraft, and many more.

So, if you are interested to boot up Windows 11 on ARM on your Snapdragon 845-powered device, you can learn more about Project Renegade on its official website. You can also find the necessary resources on their Github Page.