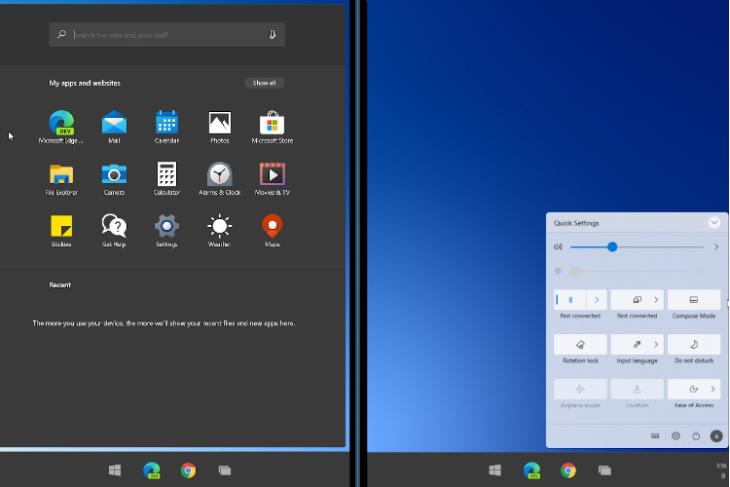 Anyone who is eagerly waiting for Windows 10X to run their beloved 32-bit apps is in for a disappointment. According to a new report on Windows Central, Microsoft is planning to drop support for legacy 32-bit apps.

As per the report, the Redmond giant has apparently removed VAIL – the technology that lets Windows 10X run legacy Win32 applications through containers over the last couple of weeks.

The decision to drop support for legacy 32-bit applications is seemingly a step taken to position Windows 10X as an operating system that primarily relies on the web like Chrome OS.

While Windows 10X was initially envisioned as a solution for dual-screen devices, Microsoft’s Chief Product Officer Panos Panay recently revealed that the company pivoted its focus towards single-screen devices. This change in strategy has also played a role in the future of Windows 10X.

Another driving force for this potential abandoning of Windows 32 apps is to improve the performance and save battery life. Adding more components will make the OS heavy and resource-hungry, for which Windows 10 is the best possible example. The move will also help Microsoft work on Windows 10X for ARM-based PCs.

If this turns out to be true, Windows 10X will support just UWP and web apps. The lack of Windows 32 apps is indeed a concern and may even be a dealbreaker to many.

However, Microsoft is not ready to completely discontinue legacy apps. The company is planning to implement a cloud-based solution that brings legacy apps, similar to Windows Virtual Desktop.

The first budget Windows 10X PCs are likely to arrive in the first half of 2021. It will be interesting to see if Windows 10X would witness massive adoption, now that legacy app support is probably out of the equation.