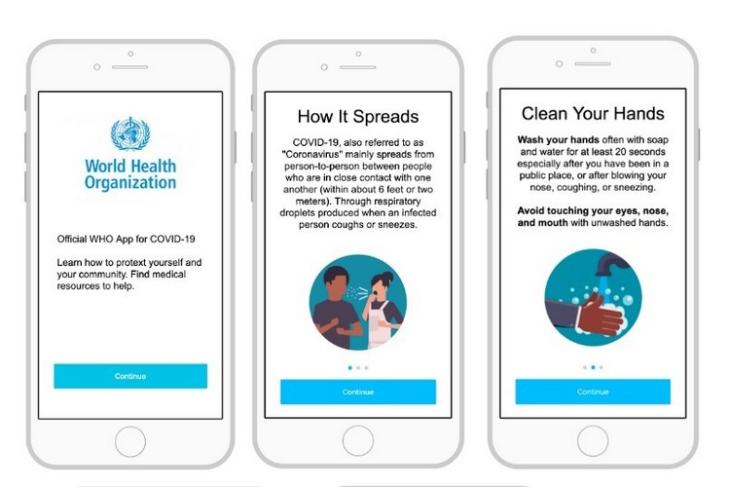 The COVID-19 causing Coronavirus is still at large around the world and the entire world is trying to fight this epidemic. However, aside from fighting this deadly virus, we saw many major companies taking steps to prevent the spread and circulation of fake news and misinformation around the communities. Now, the WHO is developing its own app that will pass on relevant and up-to-date information on the SARS-COV-2 pandemic to users.

The app, as of now, is named “WHO MyHealth” and was initially suggested by a team of experts named “The Covid App Collective”. The team includes some former Microsoft and Google employees along with WHO health advisors and experts.

Now, the app is built as an open-source project and is set to launch on iOS and Android on March 30. As the open-source nature of the app, 9to5Mac was able to get their hands on an initial version of the app. According to them, the early version of the app contains the same information as the WHO WhatsApp chatbot.

However, according to the developer notes, the app will be able to do a lot more than that. It will be offering information based on the location of the user. This means that users will be able to get the latest updates about the disease near them and in their preferred languages. There is also a mention of a “self-triage” tool that will help users to diagnose whether they have COVID-19 symptoms or not.

Apart from this, there is one interesting feature that may or may not make its way to the final release of the app. This involves tracking users’ location history to see if they have come in contact with any contagious person or not. However, this will pose a privacy risk for the users as the app needs to access the in-depth location history of the device.

Now, despite these efforts by the WHO and other organisations, there are still people who are taking this pandemic casually. Please, we request you to be responsible and follow the WHO guidelines as much as you can and stay indoors. It’s better to Netflix and chill than go out and infect!