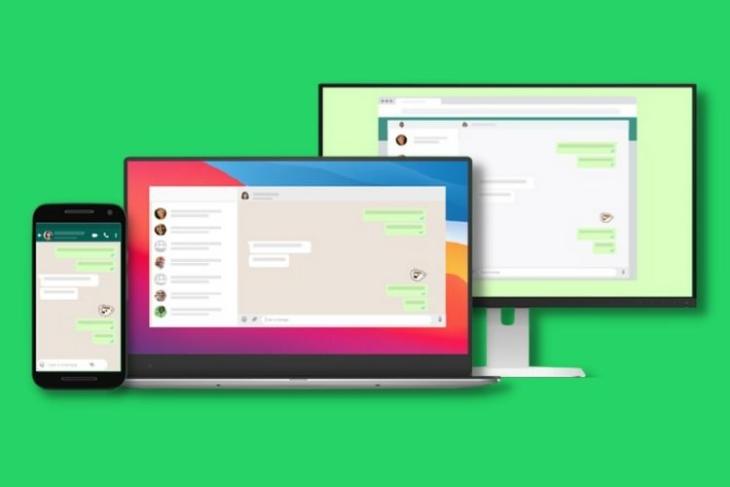 After testing multi-device support with beta testers for months, WhatsApp has gradually started rolling out the long-awaited feature to the stable version for all Android and iOS users. As the name suggests, this feature lets you use WhatsApp on multiple devices without having to keep your smartphone connected to the internet.

How to Use WhatsApp Web without Smartphone Connected to Internet

WhatsApp’s multi-device feature officially supports a total of four devices other than your primary smartphone. These devices can be WhatsApp Web, desktop, or Facebook Portal smart screens. It’s worth pointing out that you can’t use the same WhatsApp account on two phones, at least for now.

WhatsApp officially says it’s in the early rollout stages of multi-device support. Hence, you may not immediately see the feature even if you are on the latest version of the messaging app. That said, you can check if it’s available from the ‘Linked Devices’ option accessible from the vertical three dots menu at the top right on Android. You will find the ‘Linked Devices’ option under Settings on iPhone.

One unintentional consequence of WhatsApp’s multi-device rollout today was security code changes. However, WhatsApp’s head of engineering Nitin Gupta says this won’t be the case for long. “We are early in the MD rollout and pushed more broadly than we intended today. We do intend to make it seamless. Our upcoming change will only send security code notifs when a user re-registers their whole account just like today,” wrote Nitin Gupta, WhatsApp VP, Head of Engineering.

Meanwhile, popular WhatsApp alternative Signal’s founder Moxie Marlinspike criticized WhatsApp for changing the security code of users. “Pretty unfortunate design decision here, I can’t believe this is the solution they chose. With some minimal effort, they could have done this multi-device transition seamlessly,” wrote Moxie Marlinspike on Twitter.

We went hands-on with WhatsApp’s multi-device feature earlier this year when it was in beta. You can check our linked guide to know how to use WhatsApp on multiple devices or using WhatsApp Web or WhatsApp desktop without a smartphone.

WhatsApp Now Lets You Create Custom Stickers on the Web; Here’s How It Works

WhatsApp Is Working on a New Communities Feature; Here’s the First Look