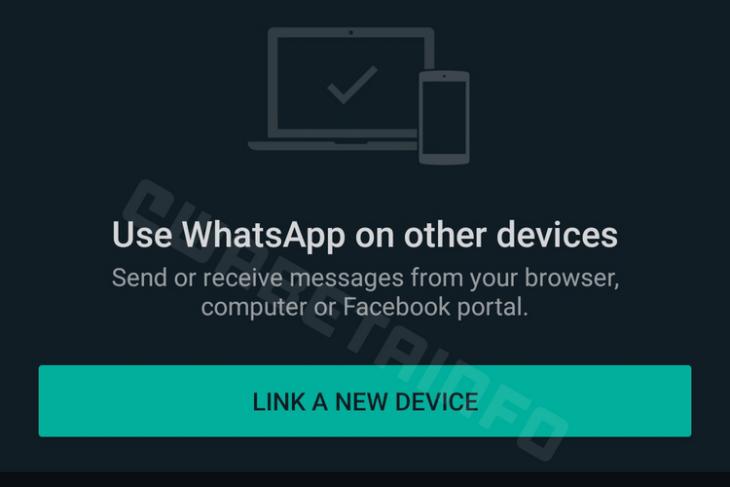 WhatsApp has been working on multi-device support for quite some time, and a new report now suggests that the company might be finally getting ready to roll out the feature to its users globally. That’s according to reliable WhatsApp tipster, WABetaInfo, which claims that the feature is in its final stages of private beta testing and should roll out any time now as part of the app’s public beta program on the Play Store.

On its official blog, WABetaInfo also shared some more details about the upcoming feature. Apparently, some of the multi-device functionalities of the app are not yet ready, but the most important ones, like syncing chant history, muting your chats, starring/delivering messages etc., are all fully functional. The screenshot below shows the feature in action in an unreleased (and unspecified) Android build, revealing that the app will come with a toggle to enable beta users to opt-in to the new feature.

According to WABetaInfo, enabling the toggle would mean that “all other linked devices will be able to work without a connection with your phone”. However, given that the feature is still very much a work in progress, it’s not immediately clear as to when it will actually be available on WhatsApp beta.

Meanwhile, the report does not explicitly say that the feature will allow people to use the same WhatsApp account on multiple devices at the same time without being disconnected from the primary device, but that will very likely be the case. However, the feature is still under development, and things often change before the public release, so we’ll have to wait and watch how this plays out going forward.