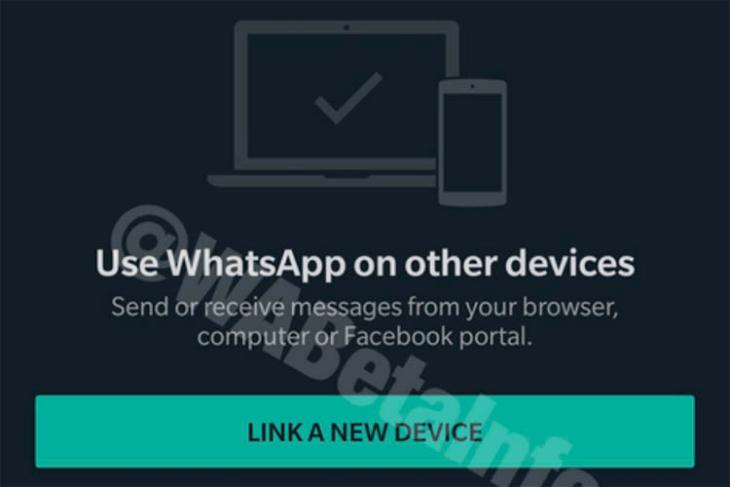 WhatsApp has reportedly been working on multi-device support at least since last year, and it seems as if the company is getting closer to finally rolling it out to the beta channel. According to renowned WhatsApp tipster, WABetaInfo, traces of the new functionality were first spotted in a beta build of WhatsApp for Android early last month, when decompiling the APK enabled them to turn on a hidden feature displaying the message “Use WhatsApp on other devices”.

However, the feature is still not available on the latest beta (v2.20.152) as it continues to remain under development with the company looking to iron out the kinks before releasing it on the Play Store. The tipster, however, has now shared a new screenshot to give us an idea about how the new feature might work. The screenshot shows a ‘Linked Devices’ screen that suggests users will be able to connect multiple devices to the same WhatsApp account.

Of course, the screenshot doesn’t explicitly say that the feature will allow people to use the same WhatsApp account on multiple devices at the same time without being disconnected from the primary device, but that will very likely be the case as the app is updated with the new functionality going forward. However, the feature is still under development, and things do often change before the public release, so we’ll have to wait and watch how this plays out going forward.

Meanwhile, WABetainfo had earlier shared the following screenshot which shows that WhatsApp will recommend using a Wi-Fi connection to log in on a new device. It’s not immediately clear as to why WhatsApp will do that, but it’s likely that the Wi-Fi connection will be used for transferring the user’s chat history, including all the images and videos, onto the new device.