Skip to content
Home Internet VPN: Pros and Cons You Should Consider Before Using It

This post is sponsored by John Mason from TheBestVPN.com, an unbiased VPN review site.

Virtual Private Networks, or VPNs, are basically private networks created to connect two (or more) remote locations with each other, such that they are in the same logical network. In layman terms, it creates a private network which is accessible over a public network (the Internet). VPNs are used by enterprises to create secure private networks, allow remote employees access to company data hosted on private servers, and a lot more. Individuals, on the other hand, usually use VPNs to remain anonymous while browsing, and secure their data on networks with little (or no) security. So, if you’ve ever wondered about whether you should use a VPN or not, here are the pros and cons of using a VPN:

Pros of Using a VPN

To be completely honest, there are a lot more pros, than there are cons, when it comes to using a Virtual Private Network. However, the cons are such, that they matter quite a bit when it comes to using VPNs for highly sensitive work, which is why you should read through, and understand the risks involved before you lead yourself to believe that a VPN means guaranteed anonymity.

The fundamental way in which VPNs work (or are supposed to work), is that they encrypt your entire network traffic, so it gets transmitted through the network securely. This means added security for your network traffic. Therefore, you should definitely use a good VPN service whenever you’re connecting via an unsecured network, such as public WiFi hotspots. If your traffic is not encrypted, anyone eavesdropping on the network will be able to see your traffic, making it possible to steal confidential data from your devices.

This is also why enterprises use high security VPN networks to allow their remote employees access to company data. With a Virtual Private Network, people in two remote locations, can connect to each other, and communicate over the network, as if they were sitting in the same building, communicating over a Local Area Network.

This is perhaps the most common reason that people use Virtual Private Networks for. Since VPNs basically route all your network traffic through a “tunnel”, and makes it appear as if you’re accessing the Internet from another location, you can easily use a VPN to get around most geo-restrictions placed on websites and content. To teach by example, Netflix was a very popular service that people used VPNs to gain access to, before Netflix started blocking VPNs and Proxies. Still, for the most part, you can use Virtual Private Networks to get around geo-restrictions placed on websites, and content. 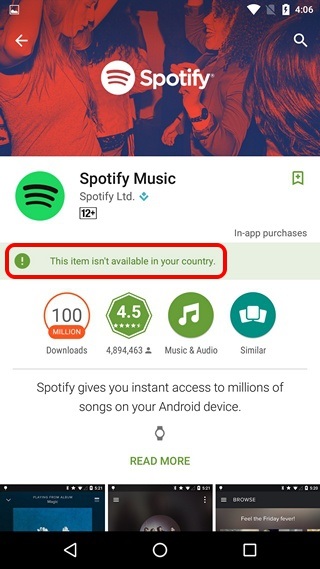 While Torrents have become synonymous with piracy, they are actually used for a number of completely legitimate uses. For example, Canonical offers official Ubuntu downloads as torrent files. However, accessing a torrent website, or running a client can land you on your ISP’s watchlist, which is where VPNs can come in extremely handy. You can use a VPN to mask your IP address, and appear as if you’re accessing the torrent website from another location; and even your ISP won’t be able to snoop into your traffic, ensuring that you remain safe. However, you should never use VPNs for illegal downloads. All VPN providers are not created equal, and some might log your real IP address, which they may have to hand-over to government authorities, if requested.

By definition, Virtual Private Networks act such that any users connected to the VPN will be able to access the entire network as if they were on a local network. This provides enterprises with a huge advantage, as remote clients can connect to the private network, and access relevant data, and even share files with each other as if they were sitting in the same building. This makes it incredibly easy for large multinational companies manage multiple remote locations, and provide easy access to important data to remote employees.

Cons of Using a VPN

A Virtual Private Network’s strongest point, is also usually it’s weakest: a VPN encrypts all of your network traffic, to ensure anonymity, and security. However, stronger encryption naturally takes more time, and resources. This is why most VPNs are disappointingly slow, because encryption of network traffic introduces quite a bit of overhead. This is not always the case, and you can find many VPN providers that don’t compromise on security, while still maintaining a good connection speed. However, most of these will be paid.

Better quality Virtual Private Networks usually use a large number of network topologies, protocols, and hardware devices to create the network. While this does ensure that you get a much more robust network, it also increases the network complexity. In turn, the people using the VPN should be well aware of the various security threats that the network can face, and they should have a good knowledge of the way Virtual Private Networks work.

If we talk about Virtual Private Networks being used by enterprises, the main use case is to allow remote employees, and users to be able to connect to the company’s network, as if they were physically present there. This allows for ease of use, but also brings with it many security concerns. Since the devices being used to access the VPN aren’t all present at the company’s buildings, the network admins have little to no control over the devices that remote users are using to connect. They have to trust the users to use secure methods to access the network. This means that the security of the company’s network depends on a number of remote users, and can’t be completely controlled by the network admins themselves, which is quite a big issue when it comes to enterprise security.

How to Choose a Good VPN Service

No matter what you need to use a VPN service for, you should always make sure that you choose the best one that fits your needs. This may involve a fair bit of researching on your part, and if you don’t want to put in all that time, you can check out some great VPN providers for your Android, or iOS devices. If you want to look for a VPN that fits your needs perfectly, here are some of the things you should look out for, before choosing one:

Virtual Private Networks use one of many security protocols. These may be SSL/TLS, PPTP, IPSec, and others. These are the protocols that the VPN service will use to encrypt, and protect your network traffic. For casual users, this doesn’t matter much, unless you’re doing something where the need for security is paramount. However, for enterprises, a VPN service should preferably be using IPSec, or SSL for the best security possible.

Another thing you should consider before opting for a particular VPN service provider, is the places they have servers in. This is important for a variety of reasons: 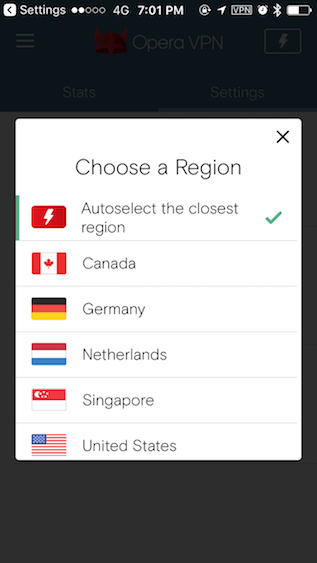 One of the most important things to check if you’re going to use the VPN service to maintain anonymity online, is whether they log any data about you. Most free VPNs will definitely log your IP address, or at least timestamps. However, that is a big privacy threat, because if they have a record of your real IP address, someone else might get a hold of it, too. However, if you go with a trustworthy VPN (which will most probably be paid), you’ll probably notice that they explicitly, and clearly mention that they will not log your IP address, or any identifying details about you, anywhere on their servers.

Consider These Things Before Using a VPN

While using a VPN may make you feel like you’re completely anonymous, there are actually a lot of things to consider before you can be sure about it. If you’re using a free VPN service, you should be especially careful; after all, a free service also needs funds to run, which means they may be selling your data to ad-providers, which basically means that you’re not anonymous at all. Free services might even be logging your real IP address, which is definitely not something good. So, before you commit with a VPN provider, you should definitely check the things I’ve mentioned in this article. If possible, look for a good, paid VPN service, as they will usually not log any details about you, or display ads, etc.

As always, we would like to know your thoughts about VPN services, and whether you think people should even use a free VPN service, at all. Share your thoughts with us, in the comments section below.