Skip to content
Home What is VPN vs Proxy vs Smart DNS: What’s The Difference?

Protecting your anonymity online, and getting around regional restrictions on content is one of the most asked for things in an Internet that is fast becoming increasingly accessible, and equally dangerous. There are a variety of services that you can use to keep your online identity hidden, and to access region locked content; the most important being VPNs, Smart DNS, and Proxies. But, what exactly are these services? How do they work? And when should you choose one over the other? If you’re asking yourself any (or all) of these questions, read on to find out the differences between VPN, proxy, and Smart DNS:

What is VPN, Smart DNS, and Proxy 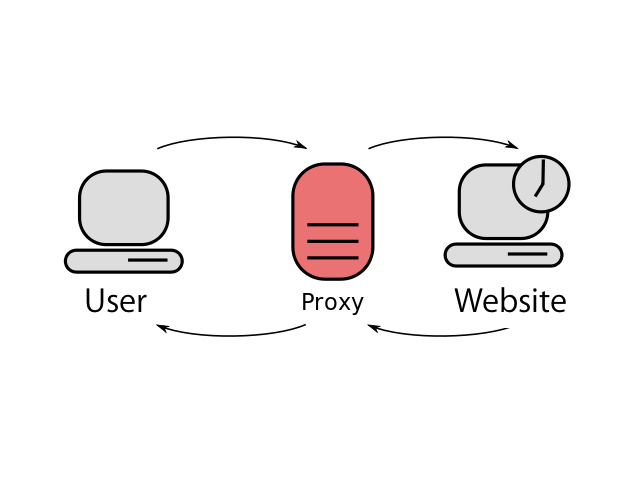 VPNs and Smart DNS services are often used for similar purposes, such as accessing geo-restricted content, however, the way that both these systems work is fundamentally different:

VPNs, and Proxies, both make it appear as if you’re accessing the Internet from a different location, than you actually are. However, that’s all there is to similarities between the two. There are certain differences, as well:

On their face, the two services might look similar, but they are very different. Here are some of the important differences between Smart DNS and Proxy:

VPN, Smart DNS or Proxy: When to Use What

By now, you must have understood fairly well how these three services differ from each other. However, they’re still very similar, and the choice of which service you want to use, lies completely on you. So, how do you decide which one of these three things to use when? Well, some common uses that befit each of these services are mentioned below:

Why You Should Use Proxy

A Proxy is the least secure method of all three. It only hides your IP, and can’t really protect you from being identified by anyone who is snooping in on the network. You can use Proxies in situations where you just need to make the website treat your computer as a different system, each time. For example, if you play a game where you get points for rating the game server on a website, and you want to do this multiple times. You can use a Proxy to make the website think that a different computer is accessing it each time. This can easily fool most websites that place restrictions such as the number of ratings that you can post every day.

Basically, Proxies should only be used for tasks where you don’t need any type of security. As such, it is not recommended to use a Proxy to keep yourself anonymous while accessing the Internet from a coffee shop.

Why You Should Use Smart DNS

Smart DNS is the best option to use in situations where you just want to access geo-restricted websites at the best possible speeds. So, you can use Smart DNS to access popular online streaming websites that are not yet available in your country. Also, if you want to access multiple websites, where each one is restricted to a different country, a Smart DNS is probably your best bet, as it can unblock access to multiple countries at the same time.

Smart DNS simply tricks the website into thinking that you’re accessing it from a location that is eligible to access its content. However, Smart DNS also doesn’t offer any sort of encryption, and is not recommended to be used when you need a secure connection to the Internet.

Why You Should Use VPN

VPN is the most processor intensive, bandwidth heavy option of all. However, it is also the most secure. As long as you use a VPN from a reliable VPN provider, you can be rest assured that your internet traffic will not be snooped in on. Even your ISP can’t see what you’re doing on the internet. This high security is VPNs strongest point. Therefore, you should use VPN services when you need to maintain the highest possible level of security while you’re browsing. VPNs should definitely be used when you’re accessing the Internet from a public WiFi network, such as the one at your local coffee shop, or at a hotel.

A VPN can bypass most restrictions placed on websites, whether it be from the website developers, or even from your government. VPN can allow you to freely access the Internet without worrying about being spied on by your ISP, your government, or a man-in-the-middle. If anyone snoops in, they’ll only be able to see encrypted data flowing through the connection.

The only problem with using services such as VPN, Proxy, and Smart DNS, is finding a reliable provider. While there are a lot of providers that give these services, how do you figure out which one is the best? So, here are some of the best VPN, Smart DNS, and Proxy services that you can use:

Use VPN, Smart DNS, or Proxy to Freely Access the Internet

Depending on your requirement, and the type of service you want to access, you can now make a choice between a VPN, Smart DNS, or Proxy to unblock geo-restricted content. You can use VPNs to ensure that your internet traffic is encrypted, and that no one can see the websites you’re accessing on the web. However, since VPNs are inherently slower, if all you want is to access an online streaming website, you should use Smart DNS instead. At the end of the day, it’s completely up to you, to use the service that you think is best suited to your applications.

As always, we would like to know your thoughts on VPNs, Smart DNS, and Proxy. Also, let us know about your favourite VPN and Smart DNS providers, in the comments section below.