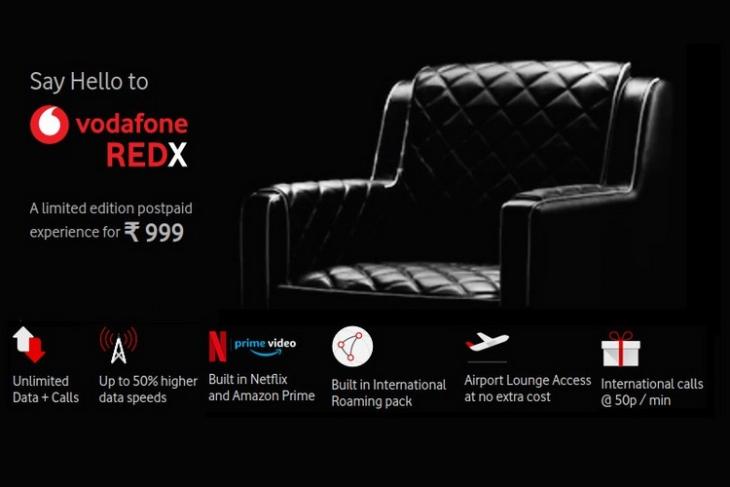 British telecom giant, Vodafone, has launched a new postpaid REDX plan that offers unlimited data and calls for Rs. 999 per month. According to the company, the plan will offer 50 percent faster data speeds along with free national roaming, as well as free subscription to streaming apps like Netflix, Amazon Prime, Zee5 and Vodafone Play for a month.

It will also offer a week of free international roaming for both data and voice calls, as well as free access at various airport lounges across the world. Other benefits would include a 10 percent discount on hotel bookings at select properties, as well as special deals on ISD calls to USA and Canada, starting at just 50p/min for users of select Samsung handsets.

Vodafone is facing an existential crisis in India right now, with the company said to be mulling an exit from the country amidst mounting losses and an eroding subscriber base. Even though it is the largest operator in the country by volume, it is fast losing customers and, is expected to be overtaken by Jio in the coming months. However, the final straw for the company’s chequered history in India might be the recent Supreme Court verdict that ruled the firm owes the Indian government more than Rs. 28,000 crore in outstanding taxes, penalties and interest.